Progressive Exercise in the Treatment of Neuro-Psychiatric Patients - Vic Nicoletti 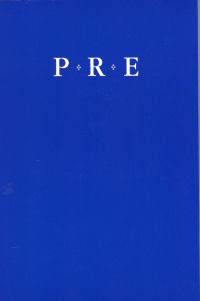 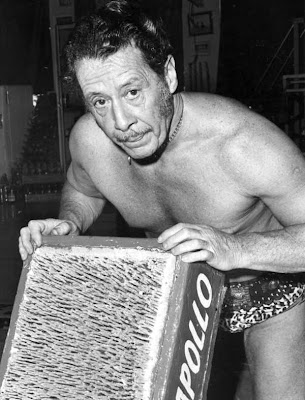 
Today, progressive resistance training is prescribed as the quickest method for recovery from a variety of physical ailments. As a result of pioneer work done by Dr. Thomas Delorme, the value of this application of weight training is universally known and accepted. Not nearly so well-known is the topic of this article – the value of progressive weight training and bodybuilding in the treatment of neuro-psychiatric patients. After explaining the theory and methodology of this application of weight training, I will relate an example of an actual class where progressive resistance exercise was greatly responsible for the overall improvement of a particular patient of mine, and eventually led to his discharge from the hospital and proper adjustment to he realities of life.

Before I go any further I would like to review very briefly the field of corrective therapy. This therapy is just one of the services of the area called Physical Medicine and Rehabilitation Services. The other services included are occupational therapy, physical therapy, industrial therapy, educational therapy, and manual arts therapy. Each plays a part in the successful treatment of patients administered under the direct supervision of a doctor of medicine, who determines the goals and limits of the therapist’s work, specifying these by prescription.

In addition to treating geriatrics, organic disabilities, posture deviations, etc., corrective therapy plays an important part in the treatment of mental patients. Exercise and resocialization activities are included for the psychiatric patient – specifically oriented toward the accomplishment of psychiatric objectives. These programs are carefully geared to the patient’s level and ability to function, and provide for the channeling of socially unacceptable behavior into acceptable expressions of behavior. They provide for proper progression in physical and social complexities as the patient is able or willing to accept progress. In short, the activities of corrective therapy are utilized by the therapist to place the patient into group situations of a motivational nature in order to improve his ability to get along with others and to encourage socialization. It is known that neurotic and schizophrenic patients especially are afraid of social contacts and tend to be concerned with their own feelings of fantasies. By associating with others this orientation tends to be changed as the patients interact through working, playing, and talking together.

In the case of psychiatric patients, the corrective therapist must be continuously aware of and capable of handling the patient’s need for expression of hostility, relief of guilt feelings, desire for gratification, development of self-confidence, skill, etc. Not only must the therapist have complete knowledge of the psychiatric illness, but, due to the extreme difficulty in handling these patients, he must have many techniques ready to be used momentarily to control any situation that may occur.

To begin with, I want to point out the fact that weight training and body-building in a mental hospital for the purpose of just building oneself up is a secondary objective. The primary purpose of this type of exercise is to establish an interpersonal relationship between the patient and the therapist. A good corrective therapist never loses sight of the primary value of interpersonal relationship, therefore the program capitalizes on the resultant relationship between patient and therapist.

In regard to the patient’s need for expression of hostility and aggression, weight training plays an important role. Through this type of therapy a friendly relationship is established, the patient’s pent-up tensions are drained. Actually, these patients who display excessive aggression and hostility are really just presenting a front; underneath they often long to establish friendly relations and experience acceptance and love. Group activities, especially in weight training, can foil such aggression. The therapist accepts it, and gives some respect and affection instead of just counter-hostility. This reaction toward these patients tends to effect changes in them which leads them to become more socially responsible and responsive. While in the process of weight training in a group, one patient tends to become emphatic toward another, which simply means that by use of imagination, one projects his own consciousness into his training partner. Each tends to learn to respond toward others in a way that gains respect, admiration, approval and support. This gratifies the patient’s needs for recognition. In a nutshell, the therapist guides these aggressive patients toward weight training for socially acceptable behavior instead of taking it out toward people. Daily training with weights in a progressive manner drains off excess energy and offers the patient an opportunity to literally sweat out some of his conflicts.

Progressive weight training is also utilized for mental patients to instill confidence. It seems that many withdrawn patients, due to one or other causes, never were successful in sports, especially team activities that require skillful coordination and bodily contact. Due to being underweight, overweight, possessing poor muscular coordination, being over-pampered by parents, etc., these individuals became spectators and consistently shunned normal competitive sports. Frequently many of them, especially during school days, went through a series of physical education traumas. That is, they were humiliated and ridiculed by their playmates or often a sarcastic teacher. If sensitive, they later set up defense mechanisms by using a multitude of excuses to avoid physical education activities. Weight training, on the other hand, is an activity that can be performed alone without fear of competition or ridicule. The patient competes against himself, and eventually, as he sees physical results, his ego is built up. He begins to receive compliments and recognition and in return commences to train with other patients in small groups. Following this, and with renewed confidence, he begins to engage in competitive sports that he formerly avoided. This interaction adds to his resocialization.

In the utilization of weight training to treat patients with guilt feelings, the therapist guides them into heavy physical workouts using a progressive resistive program. This exercise activity is like an atonement to the patients, and usually is very successful as a treatment. The patient using this modality feels that he is punishing himself for his guilt feelings; through exhaustive and energetic workouts a sense of relief is obtained, thus relieving his inner conflicts.

One of the chief aims of a weight-training program as utilized in a corrective therapy clinic is for the narcissistic gratifications of a patient. After a patient has achieved the body image which he has in mind, it may be possible for the therapist to guide him into some activity in which his muscles are of constructive use, such as gymnastics, wrestling, football, etc. This then is the job of the therapist. He is actually using weight training as a stepping stone for the proper treatment of a patient. One can see that, in more than one way, weight training and body-building as made available through the services of corrective therapy play an important role in the treatment of neuro-psychiatric patients.

Patients who show an interest in weight training but cannot or will not do precisely as they are instructed are guided to work with various pulley machines for the safety of themselves and others.

Newcomers in weight training are placed on a general body-building program with the usual progressive system. Both the upper and lower body exercises are charted. Each exercise is performed in three sets, ten repetitions for each set. The weight is increased when the requisite number of repetitions become easy. The initial program includes basic exercises such as the military press, the supine press, curls, pullovers, the full squat, the dead lift, heel raises, and sit-ups. After a month or so, other exercises are added to the program. By this time the patient is well conditioned and has a greater tolerance for sustained workouts. Usually three workouts a week are initially planned, but this later is increased to four and sometimes to five. To minimize the possibilities of muscle strains considerable stress is placed upon warm-up exercises, particularly of a stretching nature.

Many of the patients have continued this form of activity as a hobby after leaving the hospital. Many of them join gyms, a YMCA, or train at home. Occasionally I receive letters from patients who have left the hospital desiring some advice regarding their training program or informing me how beneficial their weight training program has been to them. I encourage the patients to join a gym rather than work out by themselves, as I regard the socializing element as of great assistance in enabling the patient to readjust to the outside world. Where finance or location will not permit membership in a gym, I urge him to get a few neighborhood training partners to work out with.

To conclude this article in a concise form, I would like to offer a good example of how weight training actually aided in the overall treatment of a psychiatric patient. I will use the assumed name of John Doe. Mr. Doe entered the Sepulveda VA Hospital three years ago with a diagnosis of schizophrenic reaction, paranoid type. He was argumentative, provocative, aggressive and assaultive. He had a chronic struggle with authority which was always acted out in verbal and physical ways. He had a very little tension tolerance and an active delusional behavior. He thought that people talked detrimentally about him behind his back. He was uncooperative and refused to participate in group activities, but spent his time alone engaging in individual activities.

Mr. John Doe, along with other patients from a locked ward, came to my corrective therapy clinic, and through observation I noticed that this patient had an inkling of interest in weight training and a marked narcissistic tendency. He had some natural strength but handled the weights incorrectly. With this interest as a foundation I slowly built up a positive rapport with John. I spent some time giving Mr. Doe individual attention in the basic weight-training exercises. This was followed by placing the patient on a progressive resistance program. Eventually a positive interpersonal relationship was built up between the two of us which led to cooperativeness. He began to learn limits and his to relate and cooperate in small groups with control. He developed a cooperative pattern of self-directed activity instead of the previous pattern of diffuse, angry and demanding behavior. By constant encouragement, support, setting of reasonable limits, and insistence on conformance, this patient slowly responded favorably. His tension tolerance increased and his delusional behavior began to disappear. He became a model patient and I personally put him in charge of teaching other interested patients the fundamentals of weight-training. In addition to his encouraging treatment, mentally, he developed his physique and strength to such an extent that he was outstanding in any group. About this time, the annual odd lift contest was nearing at Venice Beach, so we trained together for it. I entered Mr. Doe’s name in both the novice and open class that particular summer, and he placed second in both events. This was an outstanding feat, considering that this was his first endeavor in competition, in addition to the fact that he was up against numerous fellows from Santa Monica Muscle Beach. These victories built up his ego and gratified his narcissistic feelings.

A few months later, John Doe was discharged from the hospital. Following my advice, he is now attending a college in Utah, majoring in the field of sociology. According to his letter to me, he is doing splendidly academically and still continues his weight training religiously. Due to his tremendous strength and aggressiveness, he is wrestling on the college team, and is so successful that he has been given a partial scholarship. He is using his developed muscles constructively, which is, as I mentioned earlier, one of the objectives of weight training for the proper treatment of a psychiatric patient.