A Change for Your Pulling Routine - Tommy Suggs 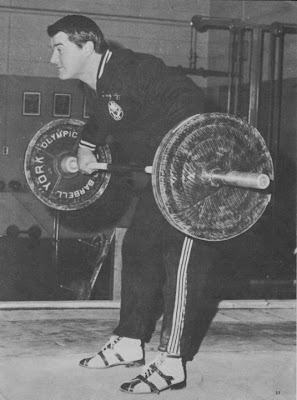 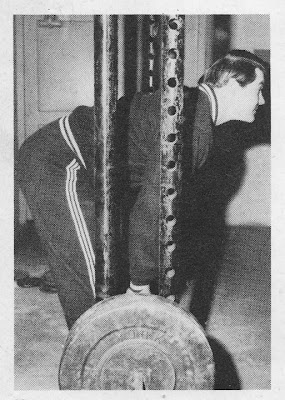 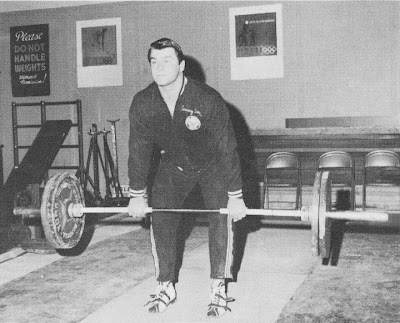 A Change for Your Pulling Routine
by Tommy Suggs (1969)


During the course of a year there are always a few weeks or even a few months which can be described as the doldrums. The doldrums are when you just finished training for a contest or training yourself to a peak and you suddenly feel what Dr. John Gourgott apply describes as “post contest depression.” No matter what you call it – doldrums or post contest depression – the symptoms are the same. You are tired of the same old exercises, especially the three Olympic lifts and the standard assistant exercises. Your enthusiasm drops and consequently you slack off on your training and lose ground to your competition who are still training hard. The recommended cure is always the same – change your routine. The only problem is that very often it is difficult to find new exercises that will work the muscles in a new and different way yet strengthen the same muscles used in the Olympic lifts. I would like to present a training program for he pulling muscles that will be new and different and at the same time strengthen the muscles used in the pulling portion of the three Olympic lifts (press clean, snatch, clean for the jerk).


Power Rows
This is one of the best exercises around to work all of the pulling muscles. Take a grip between your snatch and clean grip. Take a grip between your snatch and clean grip. First take a position as if you were going to do a deadlift – head up, back straight, hips down. Now raise your hips until your back is parallel with the floor and the weight still resting on the floor. Now keep your hips in the same position – with your knees slightly bent – and raise the weight off the floor until the bar is a few inches below your knees. This is the starting position of the exercise. Now straighten up a few inches and at the same time pull with the arms trying to touch the bar to the lower portion of your chest. As soon as you exert a pull with your arms and while you are still pulling with your arms, lower your shoulders to the starting height and try to touch the bar to your chest. Lower the bar to the starting position (not to the floor) and repeat. The motion should be performed with an emphasis on pulling the bar fast and with a snap at the point where you stop straightening the body and lower the chest to touch the bar.

The Power Row has to be one of the best off-season exercises for the pull. Every muscle used in the pulling motion is strongly worked. Let’s take a look and see why and how each muscle is worked. First, the Brachialis, the pulling muscle of the arm is strongly worked when they contact to bring the bar to the chest. The rear deltoids and traps are strongly contracted when the arms are pulled back to help give momentum to the bar as it is being raised to the chest. The spinal erectors are strongly contracted during the whole exercise as they are constantly fighting to keep the back arched and must do all the work while at a disadvantage. Also, when the shoulders are raised the first few inches to get the bar started upwards, the spinal erectors do all the work. And finally, the thigh biceps, which few people realize work hard when pulling heavy weights from the floor, is constantly contracted as it helps to maintain balance and raise and lower the body position during the exercise. No pulling muscle of importance is missed with this exercise. This was a favorite exercise of Vern Weaver who had one of the best back developments of any Mr. America winner and who power cleaned 360 while weighing only a few pounds over 200, mainly on the strength developed doing this exercise.

Include this exercise in your workouts on Monday and Wednesday. You need not do any other pulling exercises. In fact, to do more would just lessen your progress. Stick to five repetitions although you may occasionally want to drop the repetitions on your last and heaviest set to three. Here is a sample of how should work up on this exercise if you are capable of a 300 clean. Start with a warmup set of 10 repetitions with 135 and then progress in sets of 5 reps as follows: 165, 185, 215, 235, 255, 275. Remember these points: Concentrate on proper position and a fast snap as the bar travels the last few inches to touch your chest. Stay with five repetitions and include Power Rows in your training only twice a week. And most of all, when you feel strong go up a little heavier than before and if you feel a little tired or overworked slack off and don’t handle limit poundages.

The Stiff-Legged Deadlift and Shrug is performed as follows: Place the feet under the bar in the same position you use when you clean a weight. Grasp he bar with your regular grip – use straps to aid your grip with heavier weights – and raise your hips until your knees are almost straight. Keep the knees slightly bent during the whole movement. Now you are in the starting position. Simply keep your legs and hips in the same position and raise the shoulders until you are standing upright. As you reach the upright position shrug your shoulders as high as possible. Try to touch your traps to your ears. Lower the bar to the floor while keeping your knees slightly bent and repeat. Your lower back and traps will get a tremendous workout. Work up with approximately the same poundage you use for your Power Rows and stick with five repetitions. Of course, you will need to adjust your exercise poundages as you progress and become stronger in this exercise.


Train three days a week only. do a pressing exercise of your choice first. Then your pull workout – Monday and Friday do Power Rows and Wednesday do Stiff-Legged Deadlifts and Shrugs. Then do squats. Follow this routine for 4-6 weeks if you have time, or for only a couple of weeks if you have a contest in the near future and want to get back to the Olympic lifts. In any event, your pull will be stronger than ever when you start back on the Olympic lifts and get them in the groove again. Just remember that there is nothing like regular training to keep making progress and there is nothing like variety to keep you training regularly.