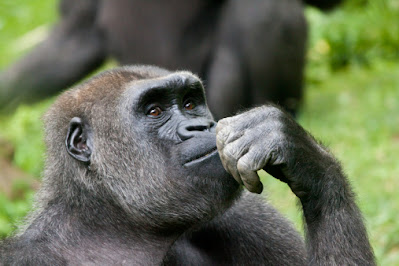 You can shave 'em, you can stick 'em in a speedo after covering them with ego-oil, you can forcefeed 'em to the point of near-illness and death to become strong of body in pursuit of what may be delusion and an inferiority complex, a low-level self-centered goal, but really, they're still what they are underneath, aren't they?Feel free to comment! I salivate just thinking of the possibility of using these symbols so often expressed in sound to express thoughts with one another.Lifting . . . A pointless self-deception, or a noble hobby of some worth in the long scheme of things currently present on the Earth-dream?Let's toss out all the crud and get near-real for a spell. You've read the free words I've transcribed for 13 years here . . . now it's your turn, to perhaps take a few minutes away from reading the free and return the favor. It should be very telling and I may learn something of a lesson in human behavior here! Let's Play! And let's try hard not to engage outfitted only in a response we all already have heard enough times to bring on bore-tears. You know the ones. We all know 'em already so bring fresh meat to the table. After thirteen years I don't really believe this is asking much at all, but then, we humans do have that ability to surprise one another with our actions and/or inaction.