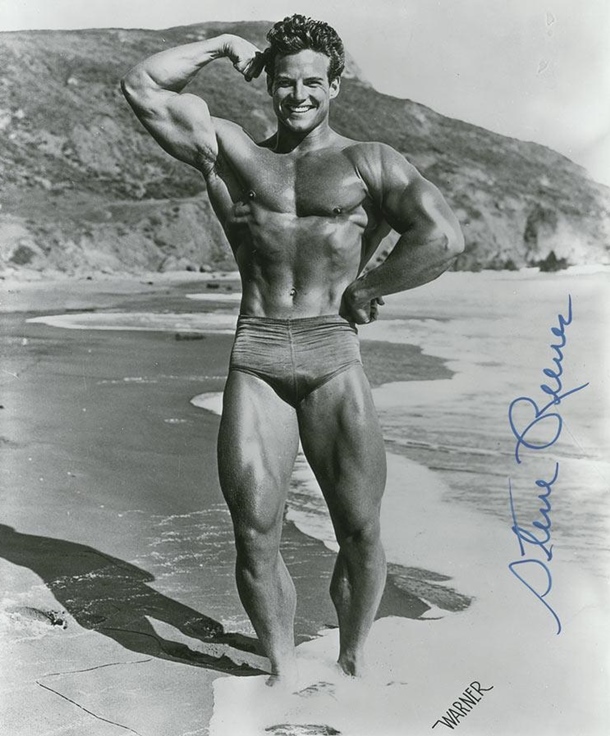 Mention Steve Reeves and even today the name is edged with excitement. Not just amongst the older generation of enthusiasts -- where one would expect it -- but also amongst the young. In some strange way, even youth, with its love of the modern super giants of muscle, feel the need to react to the name, Reeves.
Reaction is not all positive, however. It would be unrealistic if it were so. Yet, while cries of, he was then, this is now, are heard from certain sections of the young bodybuilding scene, all those who knew something of Reeves -- young or old -- cannot help but acknowledge that this legend of yesterday was in every way, from his personal grooming and clothing style, to his training philosophy and special shaping movements, a leader of the sport. (It was Steve Reeves, remember, who lead the way for today's Arnolds to movie stardom.)
Yet idolized as he was, Steve Reeves was never one to give away interviews freely. He has always been a hard man to pin down. Many of the curious have literally been waiting years for this classic of his time to speak out. Now, here at last, Reeves does speak. In this candid, up front, head to head, we have the definitive Steve Reeves, the man who changed the face of bodybuilding. 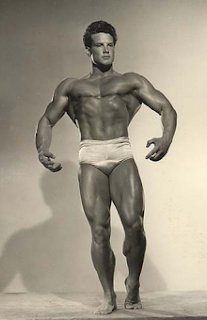 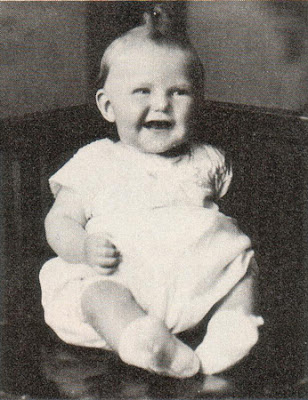 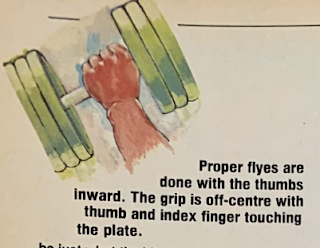 It allows you to hit the triceps from a different angle. You see the reason I do only three different exercises for each muscle group is to work the muscles from a different angle. Except for incline curls, which i find are so outstanding, and which do get the biceps from every angle if you do them correctly.
Q: How do you do them "correctly?"
A: No swinging and also, with your plates offset. In other words, the plates should be jammed against the inside or or heel of your palm, and the remainder of the bar would be hanging down from the thumb-side so that your biceps are not only under constant tension, but supinate naturally, due to the offset grip, at the top of the curl. 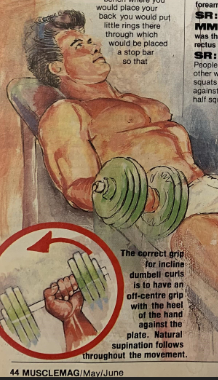 The secret of the "lost" off-center grip phenomenon is finally thrust into the light of day again. Stop misnaming exercises and confusing people; row the right way, Arnold! Sit up straight! Get of my grass! BTW, in what year did Mr. Little conduct this interview with Reeves?

Der-Oops . . . neglected the date there . . . 1991. Reeves gets pretty straightforward with his right and wrong performance "tips" there all right.

This is a great article. Most of the Steve Reeves stuff I read is 3x a week total body yada yada but this is an excellent interview.

But where is part 2?

Hello Unknown! You are legion it seems.

Nice article, eh? I was surprised too. The second part has to do with eating and such, not much there, more like what we've come to expect with these. Not worth the time it would take.

But this first one! It's a gem.

Thats a shame about part 2. Seems like there was more information there waiting to be had but I guess Ill just have to take what we got. Great read none the less.

Hello EB! Here's something that might interest you.
Steve Reeves Hercules Cookbook -
https://www.mrfire.com/cookbook/HerculesCookbook.pdf