Finding ways around inherent flaws in free weight exercise has always fascinated me. Efficiency in exercise produces more results in less time, and isn't this what trainees want - faster growth and strength?

The Rubicon U-Bar is a step in this direction - an innovation in intensity.

What is the Rubicon U-Bar? This bar is a patented U-shaped free weight bar that maximizes exercise performance and takes training intensity to new heights. Its unique design provides added quality and value to several popular exercise movement - for example, the bench press, which is regarded by many as the monarch of upper body exercises. 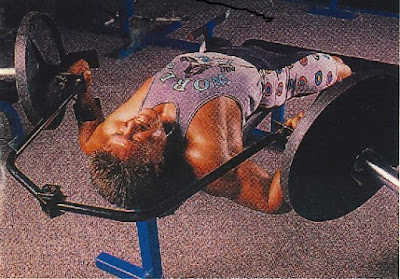 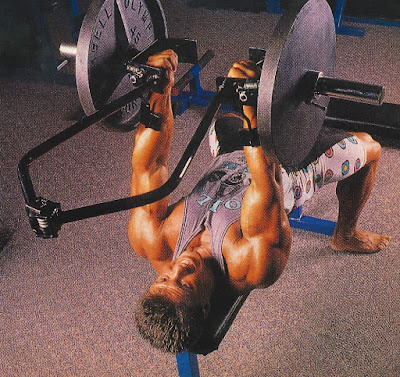 Let's examine the basic anatomy of the U-bar. It consists of two interconnected levers to which standard weight plates are loaded. A torsional spring located in the center housing connecting the two lever arms provides additional resistance when bringing together the hands in the fully extended (top) position of the bench press. (See photo above).

Note: The potential for using springs of varying levels of resistance is there. Sure, Captains of Pec Crush, eh.

To use the device, a trainee, after loading the suitable plates on the U-Bar, lies on his back on the bench, pushes the weight upward to a locked out position and simultaneously forces his hands together against the resistance of the spring. He then lowers the bar past the chest (yes, you can use a greater range of motion with one of these things if you so desire), and repeats the movement for the desired number of repetition.

What makes the U-Bar bench press variation so special?
A number of factors:

1) The I-shape allows the user to perform the bench press through a maximum possible range of motion from a position of D-E-E-P stretch to a position of FULL contraction because the U-Bar bypasses the rib cage during the actual exercise movement. The bar and the plates NEVER come in contact with the chest.

2) The plates on the U-Bar are always positioned on the outside of the hands, away from the body (unlike dumbbells). Therefore the plates, regardless of the number, cannot crowd the body. This provides complete freedom of movement and allows for maximum concentration on correct exercise performance and muscle involvement.

3) The exercise range of motion is further maximized because the hand spacing varies from start to finish as opposed to staying in a fixed position. This in turn increases the amount or work done during each repetition because the weight (force) is lifted through a greater range of motion (distance) than is normally possible.

4) The simultaneous performance of the two major pectoral functions - the full extension of the arms in lifting the weight upward, and bringing the arms together towards the center of the chest by squeezing the torsion spring to a closed position - provides an increased workload on the muscles that is not possible while performing a single function movement.

5) In the contracted position with the U-Bar - arms straight with bone resting on bone (lockout) - the pectorals, instead of being relatively relaxed as in the conventional bench press, are fully tensed due to the closing of the torsion spring located in the center of the U-Bar. There is no resting phase anywhere throughout the movement. The tension on the muscles is continuous from start to finish.

6) The U-Bar is a free weight bar requiring some skill and control during its use. The movement pattern is not fixed, and as a result of the "balance" factor, greater muscle development is possible due to increases neuromuscular output.

7) The U-Bar utilizes the Concurrent Fatigue Principle. The bench press is a compound movement in which several muscle groups are affected simultaneously, mainly the pectorals, anterior deltoid and triceps. A point of failure is normally reached when the weakest involved muscle group is no longer able to assist in completing the movement. The problem is that the intended muscle group, in the case the pectorals, is still relatively strong and can use additional growth stimulation. The Concurrent Fatigue Principle states that if an overload of work is applied on the primary mover or the targeted muscle group, in relationship to the assisting muscle groups during compound exercise performance, the rate of fatigue on the primary mover can be altered for better results.

By applying the Concurrent Fatigue Principle to chest work, a point of failure is now reached when the pectorals are no longer able to assist in the completion of the compound exercise movement. The pectorals become totally exhausted and maximum growth stimulation has occurred. The Concurrent Fatigue Principle works with the Rubicon U-Bar because this bar forces two major functions simultaneously - extension of the arms (pushing the weight upward from the sides of the chest), and the squeezing of the pectorals (bringing the hands together at the center of the chest when squeezing the torsion spring to the fully closed position). Continuous tension is applied through a maximum range of motion from start to finish, and the additional overload placed on the pectorals gives the exercise increased training intensity.

Although it seems that the primary use for the Rubicon U-Bar is for bench pressing, its unique design lends itself equally to increased efficiency in the performance of other popular movements: 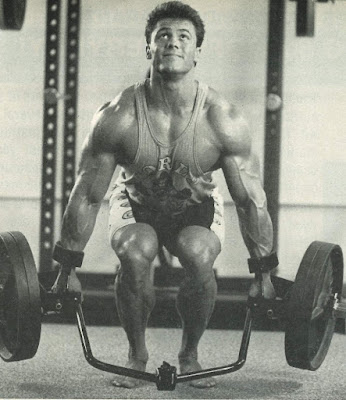 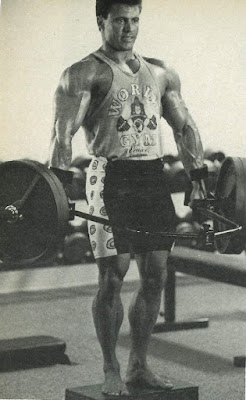 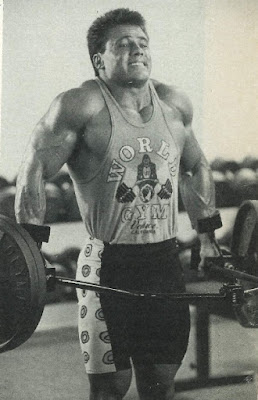 2) Shrug - The U-shape allows for a fuller range of motion because the bar does not come in contact with the body. This becomes especially important when lifting heavy resistance and there is a tendency to use the legs to help "hitch" the bar up. The U-Bar is more in line with the center of gravity, and the traps are in a better position to receive maximum growth stimulation. The neutral hand position adds to the ease of exercise performance. 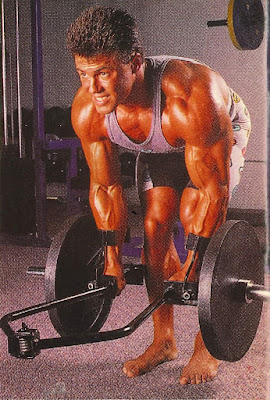 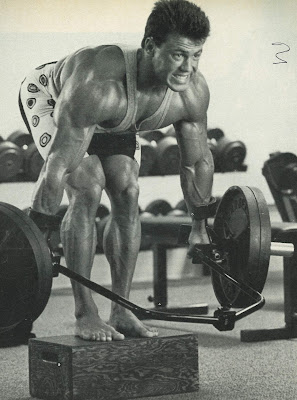 3) Bentover Row (normal and elevated) - The U-Bar bypasses the upper body completely during the lifting phase of the movement. A greater range of motion and a fuller contraction of the upper back muscles are now possible. The hand spacing is not fixed during the exercise performance allowing for greater leverage advantage and a movement with a greater than normal distance. The neutral hand spacing once again increases exercise comfort and efficiency. 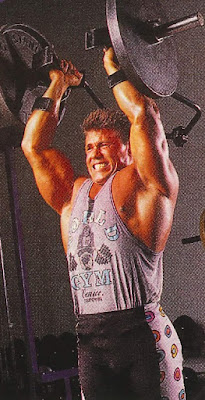 4) Shoulder Press - The plates are positioned on the outside of the hands away from the shoulders and the plates (and the bar!) do not crowd the body (chin included) providing complete freedom of movement and maximum range of exercise motion. The hand spacing varies from the start of the movement to a completed position. This in turn increases the workload because the weight is lifted through a greater distance than is normally possible. Once again, the neutral hand position increases both exercise comfort and efficiency.

With the U-Bar, there is also the choice of pulling the arms closer together against the spring resistance.

5) Forward Squat Lunge - The U-Shape allows for complete freedom of movement and concentration on correct exercise performance. The neutral hand position provides for a "natural" arm position during exercise performance and the lifter is in a more upright position because the bar is closer to the center of gravity of the body.

The Rubicon U-Bar is an improvement in exercise technology, and if used wisely will add a new dimension to exercise evolution.

Okay . . . there you have it. An excellent, innovative product that was sold for such a short period of time most lifters never even heard of it. Why? I have no, non-monetary logical explanation for ya.

The potential for altering hand spacing makes this kind of bar very attractive to any lifters who, thank you Father Time, are having issues with certain movements.

All in all, I'm pretty damn pleased I FINALLY found this article and could reproduce it here.