An Easy Way to Bulk Up - Mike Brown 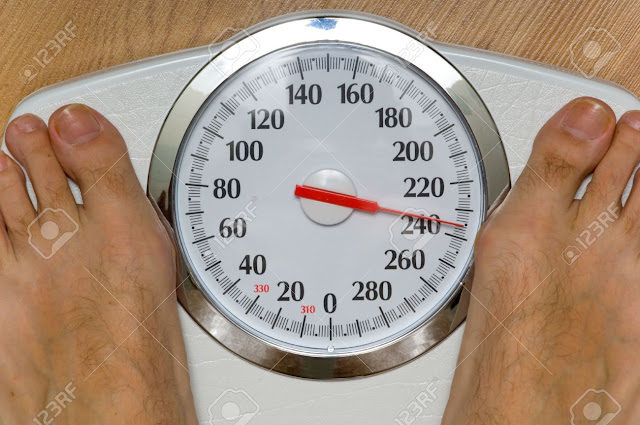 There are only two basic factors involved in gaining muscular bodyweight. Those two factors are food absorption and heavy exercise with weights. The theory is that if your body doesn't have problems, if you lift weights and eat well, you will grow. The results - or lack of them - that you get often make the theory appear worthless.

You can stuff yourself with protein, endure marathon workout sessions, and get nowhere. Steroid uses find that as soon as they get off the stuff their muscles start to shrink.

One day I happened to be sitting next to a rather husky individual in a hotel. This fellow was somewhat unusual in that at a height of 6 feet and a bodyweight of 255 pounds, he had no leg development to speak of. All his weight appeared to be in his arms, shoulders, and chest. He was solid.

One of the things I have learned through the years is that if you want "real" bodybuilding advice, you don't go to the contest winners. All of them are on steroids. You go to the considerably better than average, like this fellow.

I asked him how he did it, and what words of advice he could offer me.

I explained to me that his suggestion hardly ever worked for me or anyone else. Approximately 70% of the people in our society simply cannot digest milk or milk products. The net effect is that the body uses energy attempting to process the milk and receives almost no benefit. the resulting loss of energy causes a tired, sluggish feeling. You gain no weight.

Aha, I thought to myself, answer that one. I was sure that he was just another of those rare, fortunate individuals who had a digestive track that could convert old newspaper into muscle tissue. Was I surprised!

What he knew has been right in front of us for decades. In fact, I suspect this ws the system that Irvin Johnson, who later changed his name to Rheo H. Blair, used to put 10-15 pounds a month on teenage boys back in the 1950s. If you've ever tried to follow Blair's system you'll notice that he simply alludes to supplements (some of which he peddled) and no one has ever been able to duplicate what he did by following his directions.

"No problem," he said. "If you have trouble digesting milk or milk products just to to almost any health food store and get some Lactaid tablets. Take them with your milk."

This was too simple. However, I never pass any piece of bodybuilding information on without trying it. I could hardly wait to see why it wouldn't work.

Every night for a month I took one Lactaid tablet with a small glass of raw milk before going to bed. During the day I ate the way I almost always do - just two or three moderate meals. I had no intention of overloading my digestive system. My adrenal glands and kidneys were in bad enough shape as it was from years of stress. Plus, in my 40's, I am in the age bracket where digestive organs start to deteriorate anyway.

The first two weeks I appeared to gain two pounds. I say "appeared" because a person's normal bodyweight will fluctuate that much on a day-to-day basis anyway.

Two weeks after my first weigh-in I planned on weighing myself again. My arms, chest, and shoulders felt somewhat thicker. I attributed that to wishful thinking on my part. I thought I might have gained another couple of pounds.

Next time you're in the supermarket pick up a 4-pound package of hamburger. Observe the amount of meat involved. That is how much meat I gained in two weeks - 4 pounds.

This was not an isolated incident. My 19-year old son followed the same program, substituting kefir for raw milk. I could literally see him growing before my eyes. My 15- and 17-year old sons followed the exact same diet and workout program, without the Lactiad tablets. In the same month the 15 year old gained a pound a week.

Our workout routine was fairly simple. We used heavy weights, low reps, and avoided overwork or exhaustion, both of which interfere with digestion.

On Mondays and Thursdays all four of us would do 8 to 10 sets of bench presses. We would warm up, increase the weight in 20-lb increments and do 6 reps per set. When we couldn't get 6 reps with a weight we would then add 10 more pounds and go to a set or two of forced reps or reps with extra breaths between them. We would then drop weight each set and go for reps. The last set would be 20 reps. At the end of the benching we would do a couple of sets of dips without weight, go for maximum reps and a pump and then go home.

On Tuesdays and Fridays we would do 5 sets of 6 reps of upright rows, chinups, and dumbbell laterals. We did not attempt to strain ourselves on any of these three exercises.

Wednesdays we would do 3 or 4 sets of squats, 10 to 20 reps, with a moderate weight. The idea was to stimulate growth, not make nervous wrecks out of ourselves.

Every day, at the beginning of the workout, we did a couple sets of situps and a light set of hyperextensions. Hopefully that would help us warm up, prevent injury, stimulate the digestive organs, and help keep some of the fat under control.

In order to make sure all the milk protein being taken in was used for tissue building and not converted to energy (for milk, a very inefficient process), my 19-year old and I took several teaspoons of dessicated liver misced in a quart of half unsweetened grape juice and water every day. Our strength went up as rapidly as our bodyweights did. For example, my ability to do 6 reps in the bench increased by 30 pounds in 30 days.

Of course, now that we have a good system of gaining weight that works, I'll have to tamper with it. An electrical engineer informed me that his Lakhovsky Multiple Wave Oscillator may have been responsible for increasing his chinup ability from 6 to 18 reps in 3 months. Mechanical engineer Larry Pendell developed a device to add oxygen to water - which means I'll have to try adding oxygenated water to the grape juice and dessicated liver.

The possibilities are considerable.