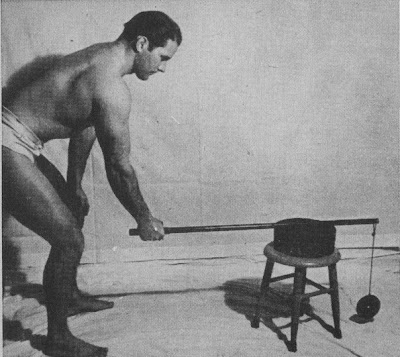 
Last month we discussed hard work in its relationship to bodybuilding success. This month we're going to touch on another training essential. We're going to talk about your choice of exercises.

There's no denying that some exercises are better than others. Any exercise will build muscle if you work hard enough at it, but some do it better. There's good exercises that build bulk and power rapidly. There's others that do it a little slower. Some are so crumby you'd be starving on your old-age pension before you got the build you wanted. Picking the right exercises is always a problem for the inexperienced bodybuilder.

Let's try to sum it up as simply as possible.

Generally speaking, the best exercises for bulk and power are the ones that bring the most muscle groups into action and allow you to use the heaviest weights. The deadlift, in other words, is a heckuva lot better for you than fiddling around with a Weaver stick. Always use the big exercises. If you gotta play tiddly-winks, play it with manhole covers.

The lighter exercises, the ones that use isolated muscle groups, have some value. They're good as supplementary pumping exercises; they help in sharpening up for definition. They're definitely inferior, though, if you're striving for a big, powerful, shapely body.

Herculean physiques and tremendous power are built by heavy weights. If you want a big body, use the big exercises.

Let's look at them one at a time. We'll start with the shoulders.

The basic exercise for the shoulder region is the Press Behind Neck. You can do it either standing or seated. Standing lets you use a little more weight, seated makes you use stricter style. I prefer standing.

The press behind neck, if you work into heavy weights, is the exercise for the shoulders. It develops the entire deltoid structure, the trapezius muscles, and has overlapping benefits for the triceps. You can take it as a rule without exception that every top weight man uses or has used the press behind neck in his training at one time or another. Very, very few exercises provide more upper body stimulation. 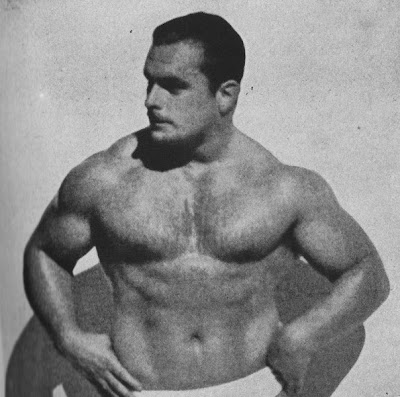 The Canadian Hercules, Maurice Jones, used the press behind neck extensively over twenty-five years ago (1940s). He worked up to tremendous exercising poundages and built shoulders and arms that few men equal even yet (1967).

"I got stuck on the press," he said. "So I trained on the press behind neck for a few months. Then I tried my old pressing weight. It went up like a two pound broom handle." 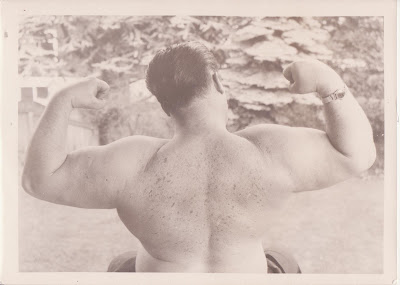 Doug Hepburn is another man who used the press behind neck. I watched Doug do a seated press behind neck with well over 300 pounds when the world's record in the regular press wasn't much more than that.

Hepburn build incredible shoulders. He deltoids the size of watermelons. With a suit coat on, he looked as wide as two normal men. Hepburn couldn't walk down the street without people staring at him. You may not want to get that big, but you can see the possibilities. Reg Park does a lot of pressing behind the neck. He's done reps with over 300 pounds, a terrific feat for a man who is primarily a bodybuilder.

Like all men who are good at the press behind neck, Park has shoulders of unbelievable width. He's one of the very, very few bodybuilders who looks literally awe inspiring with his clothes on. The reason he does is because of his size. Guys who depend on definition look okay under posing lights, but even he best of them spend a relatively small percentage of their time under lights. It takes a man like Park to look good in his street clothes and under normal lighting.

I saw Park at a show a few years ago. He was walking around backstage fully dressed. He had a beautiful, soft blue, wool sweater, and looked like Hercules come to life.

He didn't answer. His eyes were sticking out like they were on swizzle sticks.

He gulped. "They must have had to shear half the sheep in England to get enough wool for it." Reg Park has the visual impact of a hydrogen bomb. You have to see him to believe it. He left the local bodybuilders stunned for weeks after.

Park gives a lot of credit to the press behind neck. He's praised it many times in his various articles. Some people, though, need a lot of convincing.

I had a kid training at my place who wanted to look like Reg Park. He had a long way to go. He was 5'10", weighed around 130, and had less muscle than the average sparrow. He was specializing on his shoulders.

He did every exercise in the book except the press behind neck. I asked him about it one day.

"They're good for growing on," I said.

"Look," he said. "I just want shoulders like Reg Park."

"You figure you're going about it the right way?"

"Sure." He handed me his program. "I whipped this up from talking to guys who know how Park trains."

I looked at it. "You haven't got the press behind neck on here?"

He shook his head.

"Well, look," I said. "I've read a lot of stuff that says Park trains hard on the press behind neck. Furthermore," I added, "it was written by a guy who knows."

He reached for the dumbbells. "He don't know what he's talking about."

The One-Arm Dumbbell Press is a good secondary exercise if you do it properly. Dumbbell pressing was popular with the old timers, and whatever else they may have lacked, some of those men had phenomenal shoulder development.

Eugen Sandow is a good example. His name became a household word for physical perfection. Sandow had plenty of flaws by today's physique standards, but his deltoids were as good as anything you'll see even yet. He did a lot of dumbbell pressing.

George Hackenschmidt was another giant of bygone days. He had fantastic all round power, and was particularly good at dumbbell pressing. Some of his early photos show a beautifully molded shoulder development.

In more recent years, John Grimek did a fair amount of dumbbell pressing, particularly during his younger years. Like everything else he did in the weight line, he was good at dumbbell pressing. His shoulders prove it. Grimek's deltoids are considered tops by many authorities. 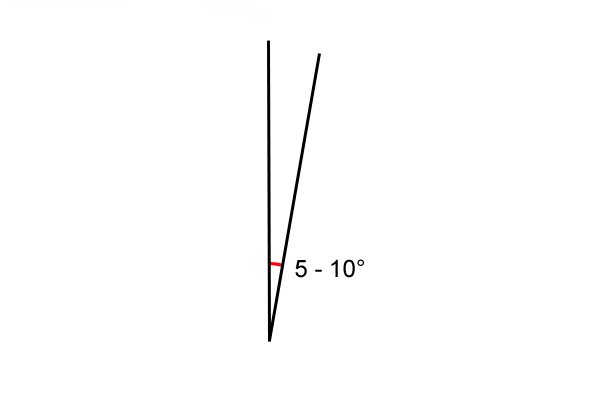 The secret of deltoid development in one-arm pressing is to stand as erect as possible. Don't make a bent press out of it. Lean over about 5 to 10 degrees at most. If you want to make it really tough, hang on to a post with your free hand and don't lean over at all.

Anytime you bog down on the press behind neck, a few sessions of dumbbell pressing will start you rolling again.

Another good deltoid exercise is the regular press. It has a slightly different action than the press behind neck and lets you use a little more weight.

Don't cheat too much on it. If you lean back too far you throw too much work on the anterior deltoid and not enough on the other sections. Just set yourself in a reasonable position and don't sway back any farther than you have to.

Olympic lifters, of course, do a lot of pressing. They have to. They all develop good deltoids, and it's noticeable that the ones who press in nearly military style develop better deltoids than the ones who use excessive backbend.

Jim Bradford is a good example. He presses very honest. Bradford has enough meat on his deltoids to feed a family of six for a week. He's so big all over you may not notice his deltoids, but examine them closely and you'll see their size.

Norbert Schemansky is another good presser. Like Bradford, he's also got good deltoids. Take a tip from the lifters. Work heavy pressing into your routines once in a while. Do them in good style and watch the results.

Some men have very flexible lower backs. Grimek, for example, can lay back an amazing distance in the press if he wants to. He used to do it as a stunt years ago. You've probably seen pictures of him doing it in old Strength & Health magazines.

I knew a fellow who was, if anything, even more flexible than Grimek. The trouble was, he couldn't stop. His presses were ridiculous. He leaned back until his head was closer to the floor than his hips were.

He was pressing one time while I was showing a newcomer around the gym. We watched for a while and finally the new kid asked me the name of the exercise.

"I don't know what he calls it," I said. "I call it the standing bench press."

It's notable that this fellow didn't have much in the way of deltoid development. He had a lower back like a boa constrictor and good abdominals, but shoulders like an old basketball player.

By contrast, there was another fellow training at about the same time who held a local press record. He pressed absolutely upright. He had to press the bar in a sort of semi-circle to get it past his face. He held his press back a bit by being so honest, but he had deltoids the size of a baby's head.

There's a flock of supplementary deltoid exercises. None of them are as good as the three we discussed. There's the upright rowing, for example, and the various deltoid raises with light dumbbells, and a raft of others ranging from lousy to even worse.

The supplementary exercises should be used in conjunction with the basic exercise. Never in place of it.

The best plan it to use the press behind neck as the basic exercise. Use moderately high sets, low reps, and very heavy weights. Then, if you plan more deltoid work, follow up with one or more of the secondary or supplementary exercises in lower sets and slightly higher reps for the pumping effect.

A good deltoid schedule for the semi-advanced bodybuilder would be as follows:

That would provide both power work and pumping for growth.

Give a little thought to your deltoids. Step up the effort in the press behind neck. Next month we're going to make a change in program and bear down heavily on getting you a pair of Reg Park type shoulders.