Fortifying the Low Back - Bob Hoffman 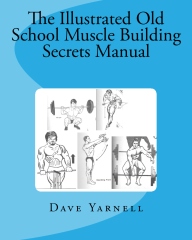 FORTIFYING THE LOW BACK
by
Bob Hoffman

In our last issue I explored the various facets of upper back development. This time, I will turn my attention to another portion of the back . . . the lower back.

It can be stated without fear of contradiction that many contemporary bodybuilders tend to neglect this area of their physique and in some cases it's apparent when they pose. This disregard of the lower back no doubt stems from the fact that a bodybuilder cannot see this region in the mirror when he poses. Hence, he does not consider these muscles to be "showy" as a big spread or well developed arms. However, it should not be forgotten that impressive development of the lower back adds a certain, unmistakable ruggedness to one's physique.

Aesthetic considerations aside, there are other reasons why this area should be kept strong and flexible. For centuries, man has known that the lower back -- or loins as it was referred to in Biblical times -- is the seat of a man's strength and procreative powers. Even more importantly, the entire body is balanced on a column of approximately 34 bones called vertebrae, which begin in the lower back area and run up to the neck. In addition, the spinal cord -- a unique arrangement of nerve tissues which send impulses from the brain to the body's muscles, glands, and organs -- passes through this network.

Due to the fact that an injury  to this structure can result in paralysis, this alone should be sufficient cause to fortify the lower back with exercise.

Of course, at one time or another practically everyone has been subjected to a siege of backache. Most physiologists attribute this occurrence to out upright walking stance and gravity. However, it's my belief that most of man's problems with his lower back arise from either faulty posture or a muscular weakness in that area.

To avoid these difficulties, everyone -- not just those who are subject to recurring attacks of low back pain -- should make a conscious effort to stand or sit in an erect manner.

However, when one receives a lumbar strain, a sensible program of progressive resistance exercise can be used to effectively recover from this physical setback and prevent it from happening again. For years, John Grimek has recommended that individuals with an unstable lower back perform either partial or full stiff-legged deadlifts in high repetitions with very light weights. By doing this, extra blood is forced into the injured area, thus promoting faster healing. But he warns against becoming overzealous as this will only hinder recovery.

Another movement which may prove beneficial to people with discomforts of the lower back is the hanging frog kick. While hanging from an overhead bar, pull your knees up to your chest, lower and repeat. Most of the lifters in the York Gym practice this movement before and after a training session to stretch and align their spines. In addition, it also builds abdominal strength for extra support.

After a person's back has returned to normal, he may want to undertake a somewhat heavier program of exercise for the lumbar region to guard against possible injury in the future. The following is a list of movements that will strengthen this vulnerable area in no time.

Another version of the deadlift that works the leg and hip muscles as well as the erectors is that old standby, the regular or bent-leg deadlift. For those of you who may be new to the iron game, a brief description is in order. 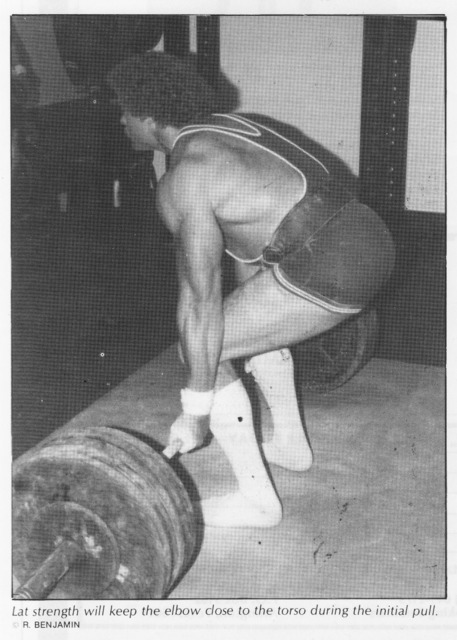 Start with the feet a comfortable distance apart and grasp the bar at approximately shoulder width. Utilizing  the combined power of your legs and back, begin to pull the weight up. As you straighten, inhale deeply, lifting your chest and forcing your shoulders back. Lower the weight until it almost touches the floor, and repeat.

Although some rather heavy poundages can be handled in this movement as evidenced by the 700 and 800 plus pound deadlifts registered by some of our top notch power lifters, one does not have to lift these monstrous poundages in order to get the results he seeks. As a matter of fact, the majority of bodybuilders would be better off sticking to weights that allow them to work in the 10 to 15 repetition range.

On the other hand, competitive power lifters must work up to their maximum in the deadlift from time to time. But even these hearty souls should begin with a weight light enough to permit a high number of repetitions on their first set so as to lessen their chance of injury. Then, they can cut down on the reps and up the poundages with each succeeding set.


"How to Warm Up for a One-Rep Max" by Tim Henriques:
https://www.t-nation.com/training/how-to-warm-up-for-a-one-rep-max 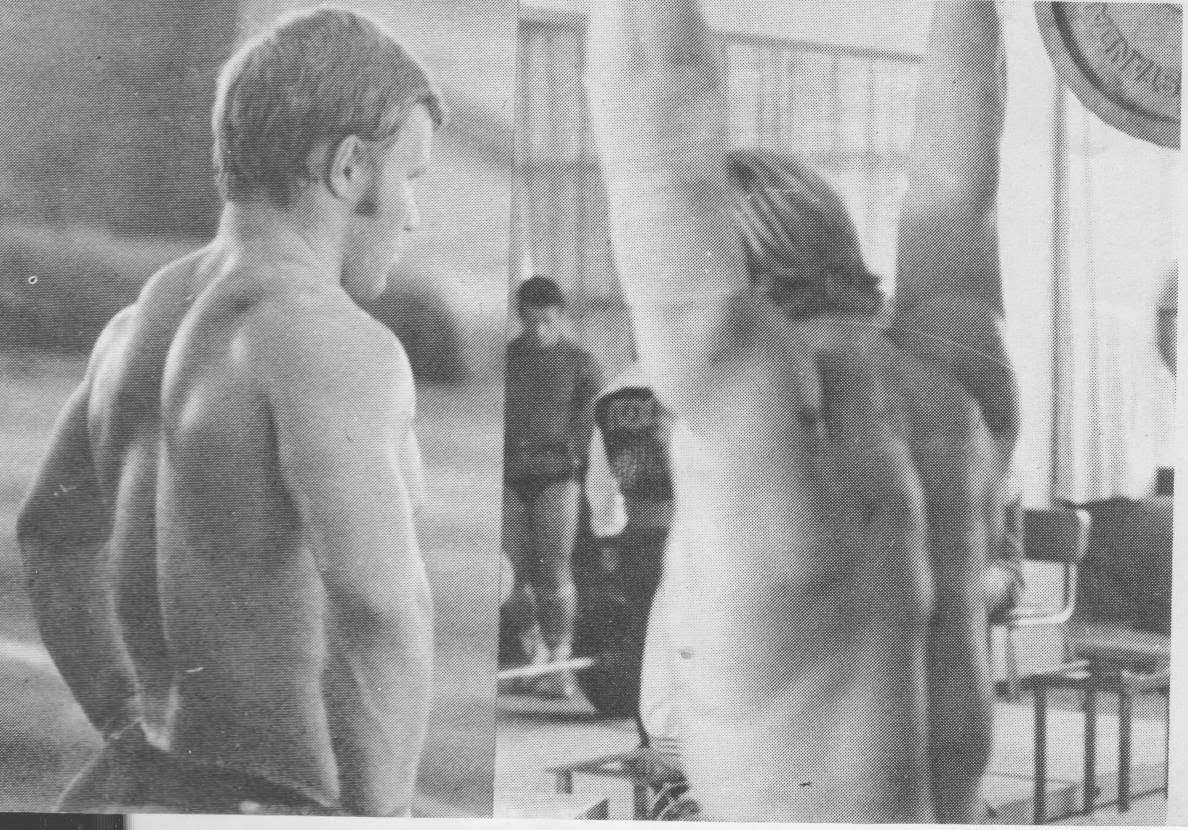 When it comes to muscularity of the lower back, no group of athletes can surpass the development exhibited by the Olympic lifter. No doubt this can be attributed to the countless number of Snatches and Cleans they perform. However, these lifts require a great deal of technique work to be executed properly. Therefore, bodybuilders and power lifters might want to substitute Power Snatches and Power Cleans in their place. 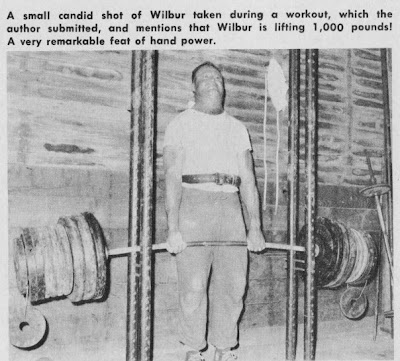 Partial pulls from varying heights in the power rack (or from boxes) are another page from the weightlifter's book, and are worth exploring.

While most trainees react best to 5 set of 5-8 reps in these heavy lifting movements, some may find somewhat higher or lower rep counts to their individual liking.

The Good Morning Exercise is another superlative lower back builder that not only strengthens those muscles but can also increase their flexibility. Keep in mind, though, that there are several different ways that this movement can be performed, depending on one's goal and the amount of weight he wants to employ.

For instance, if a person wants to increase the suppleness in his lower back and thigh biceps, then the stiff-legged variety is best. But be sure to perform it slowly and in a controlled manner.

At the same time, power and Olympic lifters usually prefer to bend their knees to varying degrees when doing good mornings. Not only does this allow them to handle more weight but it also relieves much of the strain on the vertebrae.

To give you strength enthusiasts some idea of the poundages that can be reached in the bent-leg style good morning, it has been reported that "super deadlifter" Vince Anello regularly uses 400 pounds for several reps in this exercise.

Here again, strength athletes usually execute 5-8 sets of 6-8 or lower reps. Bodybuilders, however, would probably benefit more by doing up to 15 reps per set.


Few exercises isolate the action on the lower back muscles like hyperextensions (regular and reverse). A very versatile exercise, the hyperextension can be inserted into one's program as a warmup, cool-down, a remedial movement or a strength builder. Regardless of its applications, fairly high repetitions in the 10-15 range seem to produce the best results. On many occasions I have witness Lee James, middleweight lifting champion, grind out 10 or more reps in the regular hyperextension with poundages in excess of 150 pounds.

The final exercise on my list of favorite lower back developers is the Swing. Although most of today's weight trainees probably never heard of this exercise [that sure changed!], it was quite popular with strongmen and bodybuilders round the turn of the century. 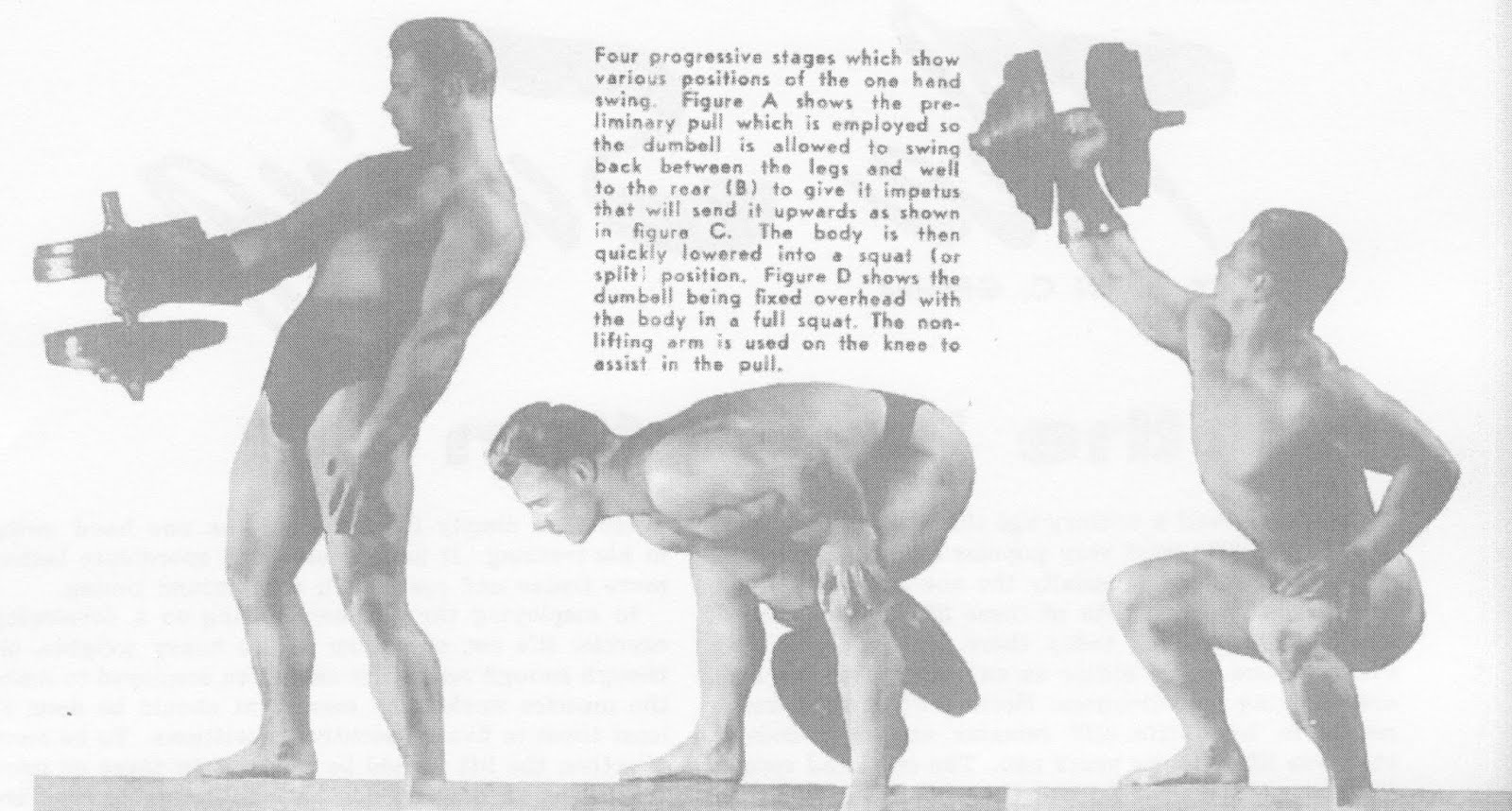 
First of all, it should be mentioned that swings can be performed with either a single dumbbell, two dumbbells, or a kettlebell. For the sake of brevity, I'll limit my description to the basics. Place the weight between the feet, which should be placed a comfortable distance apart. Grip the bell and bend over, keeping the back flat. With straight arms, swing the bell from the floor to overhead (or shoulder height), then allow the bell to swing down between the legs, and repeat. Anywhere from 8-15 reps work the erectors thoroughly.

Throughout this article I've stressed the importance of lower back training for the bodybuilder and power lifter. In reality, though, it's imperative that everyone, young or old, exercise this area regularly to keep it toned and flexible. After all, taking some preventative measures can avert a lot of back problems later in life.