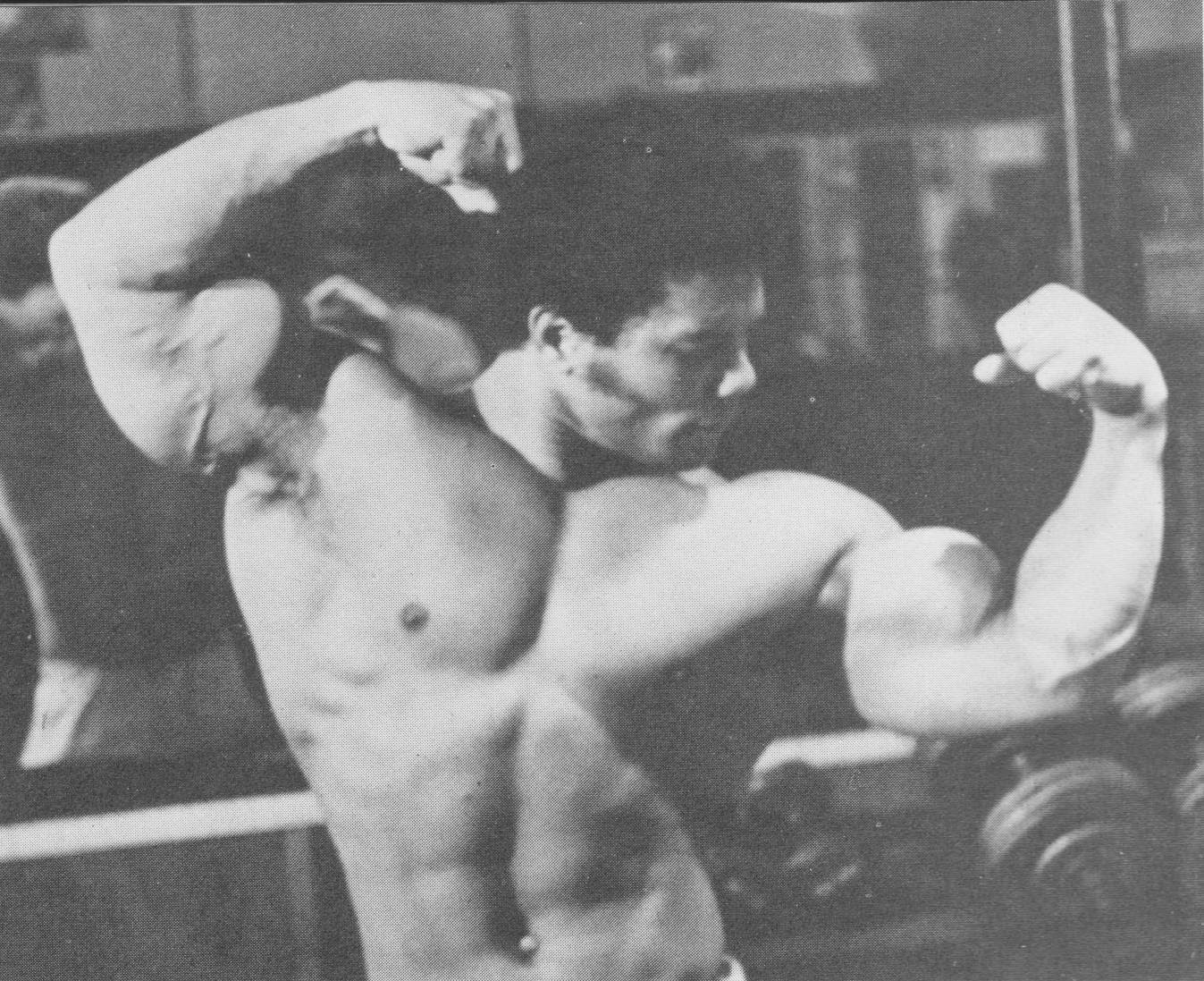 I have been an avid reader of most of the popular muscle mags for several years now, and while I've read innumerable articles on the values of hard work, several recent personal experiences have prompted me to write this article on a concept which had not been overly stressed to date but which I feel should be.

It all started when the Air Force sent me to survival school where I was deposited in the wilds with several other individuals of various age and physical structure, and together we forged our way back to civilization. I had been training for years, including running,and I expected the trek to be a piece of cake, but it didn't take long to see that conditioning was not the only factor involved when a sergeant, who looked old enough to be my father and incapable of running even to catch a bus, passed me up. It was here that this concept of being able to withstand discomfort came to my mind for our trek was not a short, intense stress but rather an extended ordeal. That is, rather than testing our ability to say, run a mile, it was one to test our being able to walk ten miles with a forty pound pack on our backs. Running a mile tests the condition of your cardiovascular system and muscles and many would not even finish, but everyone can walk a long ways since the obstacle to overcome here is general fatigue and discomfort.

My next incident involved my training partner, Otto Staszko, and myself. After going through our normal curling routine (about 8 sets) one day, Otto, who is a great competitive partner, said, "Let's see how many reps we can do with 85 pounds!" I was game and did 15 reps and thought my biceps would explode. Otto did 18 and felt the same way. The next workout we tried it again and Otto did 20 and I did 21. The next time I did 25 and Otto 27. We continued increasing reps at a fantastic rate and in less than three weeks I did 53 reps and Otto did 55. Be advised here that our form got pretty sloppy, but what I want to stress is that at 18 reps our arms were burning terribly but we hyperventilated and grunted out rep after rep. I'm sure we gained a certain amount of conditioning but nowhere near enough in just three weeks to allow us to go from 15 to 55 reps.

What we did improve was our ability to withstand pain.

As I said, when going for 50-plus reps our arms burned just as bad at 18 as they did the first day, but the fact that we had already made our previous record made us realize we should do at least that amount again, and once we reached the old record the fact that each additional rep was a new record would push us even further, until we were actually hollering with each rep till others in the gym must have thought we were crazy.

Physiologists have shown that we all have different thresholds of pain. What one person considers terribly painful may be just uncomfortable to another. I'll bet that if they were tested, Larry Scott, Chuck Sipes, and several other top line strength and muscle men would have extremely high thresholds. And it's a fact that with effort we can all raise our individual tolerances.

My last incident came when I was fortunate enough to take a workout with Chuck Sipes, who has always stressed hitting each set as if it were the last. He had me do 40 burns (quarter squats) at the end of my last set of full squats and at 20 my thighs felt like hot pokers were being pressed to them with each rep, but due to my experience with the curls I just hyperventilated and pressed on. I made the 40 but couldn't walk right for two days.

Needless to say, when working with heavy weights where strength where strength is the determining factor, this concept is meaningless, but when doing such work as gut work, burns, and any other endurance type exercise, don't quit at 25 just because you've got a tight burning sensation and feel like you've really put out that set. Instead, do 30 reps today, 35 the next time, and 50 after that, and I guarantee you better results then you've had before, in lifting and in all facets of your life.