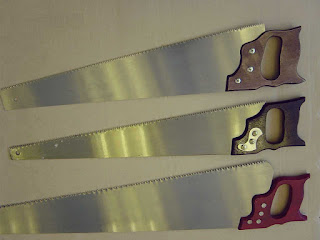 
There is a paradox in self-actualization work which can be seen in bodybuilding and in psychotherapy. The paradox is that growth comes from accepting one's self, not through trying to make one's self different. That may sound strange, but bear with me.

I am who and what I am. My nature is as it is and cannot be changed. So, trying to be different from what I am is an endeavor doomed to failure. If I try to be different I will be frustrating myself, and will most likely meet with resistance to the activity itself. To accept myself is to love myself, and not to accept myself is not to love myself. Part of my nature as a human being is to evolve and grow toward my potential. Therefore, if I accept who I am, love myself as I am, and nurture myself as I am, I will become more of what it is possible for me to be.

Let me use an absurd example. Think of a baby antelope and a baby elephant. If the antelope rejects its nature and decides to develop the brute strength of an elephant, or the elephant rejects its nature and decides to grow up to be as fast and graceful as the antelope and to jump as high, both animals will live lives of abject frustration and defeat. They will also grow increasingly alienated from their genuine nature. Neither beast is more noble than the other. Both have a potential for great beauty when actualized.

In my psychotherapy practice I work with many people who are like the antelope trying to become an elephant. Their therapy task is to accept their true nature, give up their unrealistic dreams and illusions, and get about the business of developing their genuine selves.

In the arena of bodybuilding there are many antelopes trying to become antelopes, and with much less frequency elephants trying to become antelopes. Since the contrast of individual differences is not as great among men as it is across animal species such as antelopes and elephants, it is easier to deny their reality. So, many bodybuilders create an image of what they want to become based on the pictures of their idols in magazines or viewing their idols in a posing exhibition or contest. They then set out to actualize that image rather than to actualize their true potential. If it happens that their true genetic potential is as great as that of their idol, then this process will probably work fairly well. Even so, at some point they will have to come to terms with the inevitability that they will never be exactly like the image which they are trying to actualize. For the majority of bodybuilders, however, their genetic potential is less than that of the idols from which they create their ideal image.

Most bodybuilders, I believe, are engaged in an attempt at "self-image actualization." They have fallen in love with an image, rather than having a healthy love for themselves. It is only through self-acceptance which comes from genuine self love that self-actualization can be approached. So, I am identifying two related dimensions each of which can be seen as a continuum:

These dimensions can be used for doing some soul-searching. Where do you see yourself on each dimension? I believe strongly that the poles of self-image actualization and non-actualization of self are negative. Being near these poles means inevitable unhappiness and lack of realization of one's true capacity for living. Maximum personal growth is found neither through self-rejection nor narcissism, but through loving self-acceptance. Put simply, this means for the bodybuilder neither to be hateful and rejecting of any part of his or her anatomy, nor to strive for an ideal image that is unrealistic and beyond his potential. So, if you have not inherited the potential for big calves, accept what you have as you, and seek to develop them to their potential. Your personal growth lies in your acceptance of what is, and in your developing to your God-given limits. Your personal growth does not lie in your being the biggest or the best. As an aside, I remember overhearing Ray Mentzer say, just after being awarded the Mr. America trophy, that his father had bigger calves than he, and had never done a single calf raise in his life! Remember, there is only one Arnold, or Lou, or Sergio, or Frank, or . . . They are all different, and all beautiful. And there is only one you. And so are you.

Before leaving the psychotherapy-bodybuilding analogy, I want to cover three more things. First is the phenomenon of "growing edge." In any arena of growth we can identify and think in terms of the next step in the process, the step which takes the person beyond where he has gone. This is the growing edge, the limit which the person is working to extend. In psychotherapy the therapeutic work is at the growing edge, facilitating the person in stepping beyond the previous limit into the territory of more nearly self-actualized living. In bodybuilding or lifting the growing edge is, of course, the boundary between what one has attained physically or lifted, and the as yet not realized territory of physical realization.

There are several principles which characterize the growing edge phenomenon. Although these principles hold true for the growing edge of any realm or endeavor, I will illustrate them with an example that is easy to relate to for any veteran lifter. Let's use a limit lift as out example. Say that a particular lifter can press X pounds. His growing edge is the boundary between his personal best, X pounds, and the realm of what he is potentially capable of lifting. He will grow in his press as he gradually adds weight to his lift. I emphasize the gradual addition of weight. The "overload principle" in weightlifting is that the body overcompensates for a particular lifting stress by muscular growth. So, rather than simply becoming accustomed to a particular lift, the body grows from that lift to the point of being able to do that plus a little more. The overload principle dictates that increases in strength develop in small increments. So, our lifter will extend his growing edge by lifting X + Y pounds, where X was his previous best, and Y is a small enough increment to allow success. (I do not want to complicate this simple example by getting into some of the more advanced strategies such as partials, assisted negatives, cheating exercises, volume training, etc.) If our lifter does not push his growing edge by overloading his muscles, his lift will not increase. In this case he is working too far behind his growing edge.

Very early in my lifting career, I read a research article in Science Digest which claimed that maximum strength increase in a lift would result from warming up each day and then doing one rep with one's current maximum. I experimented with my Olympic press and indeed showed very nice progress for a week. After seven days my steady progress stopped, and I felt very bored with this regimen. Applying this to our lifter, it would be that he warm up and then do a max press each day. He would press X or X+ every workout. Although this may work for a very short period of time to stimulate a growth spurt, or to get over a sticking point in one's growing edge, it does not work as a regular routine. Too much time spent at one's growing edge on a lift results in arrest of progress and staleness. There is a stagnation. Physiologically there is not sufficient time for the body to adapt and grow in response to such frequent overload, and psychologically there is not enough recovery time to allow for such frequent all out efforts.

THE GROWING EDGE IS A BOUNDARY TO BE PLAYED WITH, with a rhythm of pushing it, then backing off to that 80-90% range. If forced, by trying to take too large a step there may well be a backlash so that previous gains are lost. The growing edge may recede rather than progress. If the lifter in our example tries to make too large a jump in his poundage, or tries too frequently, he will fail at the lift, at least. Worse, he may injure himself. So, if he tries X + Y + pounds, rather than X + Y, he may tear a muscle, injure a rotator cuff, or incur some other injury. I remember at a Southeastern United States Open bench press contest being struck with how many surgically scarred shoulders I saw. These telltale scars, marks of the surgeon, were evidence of attempts to force the growing edge. The setbacks from injury may be slight, or great. Several years ago I tore my left rotator cuff bench pressing. My choice was surgery or a long healing period. I opted for the latter and had to give up benching completely for over a year. That was a dramatic recession of my growing edge in the bench!

Again, the growing edge is a boundary to be played with. The growing edge does not progress constantly, but also regresses as it evolves. In other word, evolves by going two steps forward and one back, two forward, one back. So, progress at the growing edge is not linear. If the lifter in our example were to make a graph of his press, with maximum lift on the vertical axis and time on the horizontal axis, the growth line would look like an inverted saw. Imagine a carpenter's handsaw turned blade up with the handle end on your right. The overall trend is upward. But, within any short segment along the blade there are ups and downs. This is the nature of the growing edge. Our lifter, on successive maximum lift days, may press X, X+5 lb., X+7.5 lb., X+5 lb., X+10 lb., etc. The magnitude of the increases will probably not be regular, but there will be a mix of progressions and regressions. These regressions result from the simple fact that our lifter can not always be at his best. There are too many factors which must all be optimal for being at his best -- sleep, nutrition, mental stress, freedom from pain or injury, level of enthusiasm, life responsibilities, and so forth.

An understanding of the fact that progress at the growing edge is not linear can save a lifter a great deal of frustration and discouragement. I see a failure to appreciate this fact in many training articles. They sometimes present the totally unrealistic goal of adding weight or repetitions at every single workout. This is a setup for failure.

The world of weights is an ideal microcosm for exploring the growing edge phenomenon. Here, one can experience the phenomenon with all of its sub-phenomena, and learn about one's way of relating to these. Since it applies to all areas of growth one can learn a great deal about how one relates to the issue of growth, regardless of what the content of that growth is. Now, let's summarize the major principles of the growing edge phenomenon:

2.) Growth occurs by extending the edge gradually into the range of the potential or possible.

3.) Working too far behind the growing edge results in a lack of growth.

4.) Spending too much time working at the growing edge without respite results in stagnation (arrest of progress).

5.) Forcing beyond the growing edge (taking too large increments) results in a backlash (loss of previous growth or injury).

6.) Progress at the growing edge is non-linear (the "inverted saw").


Next: Desensitization, Pain, and the Fear of Pain.