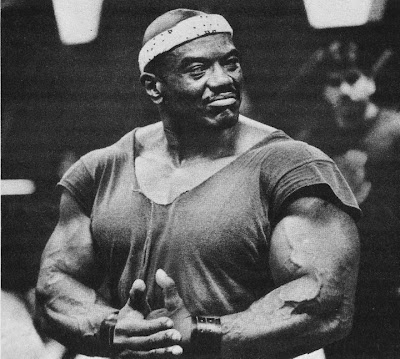 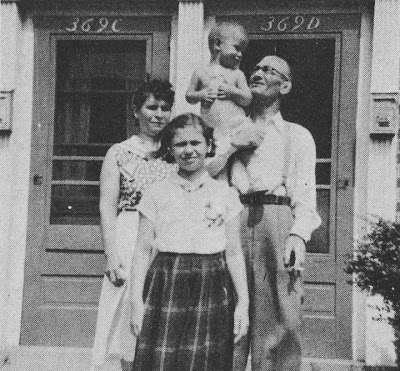 As any great bench presser will undoubtedly tell you, it is crucial to fully develop quite a few other muscles of the upper body in order not so much to improve bench press performance as to prevent potential injuries. While there is no research evidence on the role of these other muscles in bench pressing, it is quite probable that their development is desirable. For example, it is obvious (to me at least) that one should develop ALL the muscles of the shoulder girdle, and in particular, develop the rear shoulder and upper back musculature. Consequently, training these muscles with rear/upper back type movements like supported dumbbell rowing is an important part of “total” bench press training.

I recommend to all bench pressers this type of exercise in, or similar rear shoulder/ upper back movements (for example, shrugs, rear deltoid laterals, high pulls, etc.). In addition, general upper back/latissimus dorsi training is probably of value.

One of the major muscles of the back is the latissimus dorsi (or “lat” for short) and I again refer you to an anatomy text or the hypertrophied back of your choice to refresh your knowledge of this muscle’s location. From an origin that spans a large portion of the lower and middle spine, the muscle inserts at the upper portion of the humerus (upper arm bone). The major roles of the lat are to adduct, internally rotate and extend the humerus. Basically all three of these motions can be seen in a simple chin-up type of action in which the latissimus dorsi is the major muscle involved.

Perhaps the best exercise for this muscle is the classic chin-up/lat pulldown motion. Of studies that I have done to determine the “best” of this class of exercises, several points should be made:

(1) The wider the grip, the greater the lat involvement (???);
(2) The narrower the grip in a pulldown or chin, the more the elbow flexor (biceps, etc.) involvement;
(3) The lower the position of the bar relative to the chest or neck, the greater the lat activity, reaching maximum activity at the lowest position of any exercise. This may be due to the reduced elbow flexor involvement in these positions;
(4) Pulldowns behind the neck involve less latissimus activity than pulldowns to the chest. The outward rotation of the arm needed to pull the bar to the back of the neck makes the pulldown to the neck more of an elbow flexor exercise.

Further, I have found that pulldowns to the chest performed where the where the upper body was inclined back about 30 degrees or so from vertical was perhaps the best movement for eliciting lat involvement. Additional observations include:

(1) Some people pull too much with the arms, and they need to learn to pull using the lats primarily. They should try to bend the arms only when the arms have to bend.
(2) Similarly, using straps is a good way to de-emphasize the elbow flexors and involve the lats more during these pulling motions/
(3) Chin-ups, etc. done on a fixed bar are probably more difficult than pulldowns since the body must be maneuvered around the fixed bar (where the opposite occurs during pulldowns). Also, bodyweight fluctuations from day to day can often complicate progress in chin-ups;
(4) If possible, being able to pull the arms all the way into the sides of the body (usually possible only on machines) or with the one-arm pulldown appears to be a desirable motion for the lats.

The other major movement used for lat development is really more of a combination upper back exercise that develops a lot of other muscles in addition to the lats. I’m talking about bent-rowing and its variations even extending into seated cable pulls (which are quite similar).While doing any of these movements a medium grip is probably desirable for more involvement of all the muscles. However, the major problem of any bent row motion that is unsupported is back aggravation. In a low flexion position the flexion-relaxation phenomenon is invoked and the erector spinae muscle group of the back is largely relaxed. Consequently, the load you are trying to lift plus the weight of your upper body during the bent rowing motion (unsupported) must be borne largely by the ligaments of the low back and the hamstrings. This is why a lot of lifters have back problems coming from bent rowing or seated low cable type pulling movement. It is important to keep the upper body at a higher angle of flexion, or brace the upper body over a high bench and do dumbbell rows.

The elbow flexor muscles (especially the biceps) are also important to develop for an injury-free and successful bench press career. Once again, I’d recommend looking at a good anatomy book if by now you are not too well acquainted with the muscles of the upper arm. First, we have the three flexors of the arm, which “flex” or “curl” up the arm. This classic curling motion is normally thought to be done by only (or at least mainly) the biceps bracchi muscle, but on review of an anatomy text you will learn that the flexor group also consists of two relatively forgotten muscles, the brachialis and the brachioradialis. All three of these muscles are very much involved to varying degrees in the process of curling and all its variations.

These muscles are interestingly individual in a number of ways. Studies have shown that from person to person there is a significant amount of irregular and varied involvement of these muscles during different types of curling movements. Few research studies exist, however, that really show with heavy loads how these muscles are involved in classic weight training arm exercises. There are, however, some valuable insights that should be mentioned.

One of the things that affect the involvement of the three elbow flexors is forearm rotation position. In other words, whether your grip is supinated (palms up), pronated (palms down, as in a reverse curl), or mid/condition (halfway between, as with a parallel grip) there will be a difference in how the flexor muscles are involved. For example, the biceps is most involved when the forearm is in a supinated or mid-position grip, and has considerably less activity when a pronated grip is used. The brachialis muscle (which, by the way, is under your biceps) is the workhorse or “true flexor” of the group. The brachialis is strongly involved regardless of what grip is used, although it should be worked more using pronated grips since the biceps is reflexively inhibited in its activity. Finally, the brachioradialis is most involved when the mid-position is used.

Now, where is someone strongest (that is, where can one exert the most force) during a curl exercise? Well, the strongest overall position in a curl is generally at about 90 degrees or so of flexion (or when the arm is in a mid-curling position). We did some laboratory studies a few years ago at Auburn on regular standard curls versus “preacher” curls, etc. It was found that during a preacher curl you essentially apply maximal loading to your arm flexors at a position somewhere before the 90 degree flexion spot, which depends on the angle of the preacher curl bench. In the standing curl, however, you load the flexors maximally at 90 degrees, which is no doubt better, since this is where, as I previously said, the flexors are also strongest.

What I’m leading to is that in an “optimal” elbow flexor program to help the bench press, regular standing curls should be used. Further, let me say that it also makes sense to vary the grip position used during these standing curls. For example, you could conceivably do a few sets with regular supination grip curls, then continue with a few sets using a mid-position or hammer-curl grip, and then finish off with a few sets of pronated or reverse type curls . . . remembering to reduce the weight using the pronated grip.

When doing heavy regular curls be sure to keep your upper arm stable. Using an arm restraint to help here can be a good training aid. Dumbbells can also be used here, and in fact, advantageously permit the normal supinating (or twisting) role of the biceps to occur on the way up in a curl. In any case, doing regular, heavy biceps training is a logical inclusion in a total bench press program.

The remaining muscles of importance to the bench presser are the forearm muscles in general and in particular the wrist flexors and wrist extensors. Many bench pressers (including, in particular, world class benchers I have known and trained with) have very often experienced forearm and wrist pain/injury. These smaller, weaker muscles must be strengthened to avoid inadvertently being strained during heavy bench press training. Speaking from personal experience also, it is important to all of us to develop the forearm musculature (especially wrist extensors) to “injury-proof” these muscles from the stress of heavy bench pressing. Standard exercises can be done here.

Well, obviously my list of associated muscles could continue on almost endlessly. In fact, training the neck muscles, finger flexors and extensors, etc. are also probably useful. However, if the major muscles discussed here are trained appropriately the chances for successful, injury free bench pressing are certainly enhanced.


Next – Training Ideas for Developing a World Class Bench.