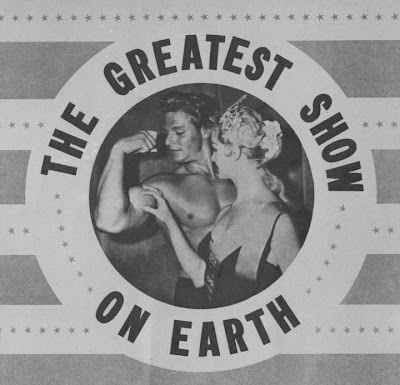 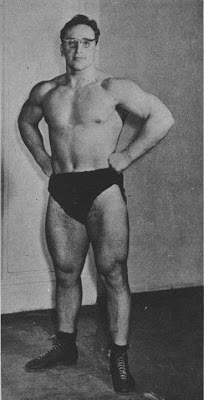 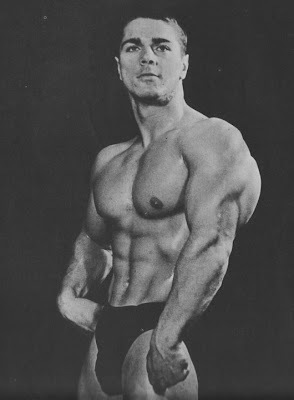 A Squat Routine
by Dim Wit


Squatting three times a week can do wonders for your outlook on life. They say the legs are the first to go and this worries me. Imagine trying to catch up to them without any. A lot of hopping on hips, stump jumping and such. So it makes sane sense to do yourself a favor as you grow older and give your pins some attention, thereby avoiding the needles and medications later on. A bird’s wings are legs while walking an earth of air. Ho-hum, who cares. Things to do.

By implementing a variation of the heavy/light/medium system, and combining it with the 5/3/1 approach to weight progression, a guy could likely go on making progress for quite some time. Providing that truck driver stays awake when our guy is crossing the street.

Use of movements that by their nature fall into the requirements of heavy, light and medium training can create variety in lifting schedules. In this case, Back Squat (heavy), Overhead Squat (light) and Front Squat (medium) fit the bill nicely. Not as nicely as the fish/pelican thing, but nicely nonetheless.

Combining these three squat variations with a standard 5/3/1 progression will enhance the workout further. More. Furthermore, the bad juju of overtraining, the stales, blahs, plateaus and “holy hell my head's bleeding from banging it against this wall” can be avoided quite nicely. Remember, if you notice blood pouring profusely from your head, put on a hat. Drain as needed, and if you haven’t already done so, pick up a copy of Jim Wendler’s 5/3/1 Manual here – http://www.flexcart.com/members/elitefts/default.asp?m=PD&cid=370&pid=2976

What the hell, for that price how can you lose? A man goes through his life learning this and that, often through trial and regrettable error. Now and then, a lifter decides to do the right thing and share his experience with like-minded types seeking knowledge. Pretty freakin’ high and mighty stuff. Just get the book. Use it for what you can. Ignore all contributions of others. Selfishly claw your way forward toward old age and loneliness without looking back. Simple, no?

Okay. Enough of the theory. Now for a joke.

A penguin walks into a gym on Monday and does Back Squats. Whatever way he chooses to do them. High bar Olympic, Power, whatever. The first week he goes with 65% of his max after a few warmup sets (making it a low max estimate just because he’s a smart penguin with a keen eye for future improvement and likes to slide on icebergs), that’s 65% x 5, 75% x 5, 85% x as many reps as he can get without coming tooo close too messing up his bird CNS. That’s not good to do, even if you are a flightless bird who looks like he’s dressed but late for a formal due. Come Wednesday, same penguin, same deal, only this time with Overhead Squats. By Friday he’s ready for the same three-set progression with Front Squats. If not, well then he just waits until he is. Penguins are bright enough not to put too much weight on something as silly as a damn calendar or the gods of cyclical sevens.

Monday crawls out of bed again just in time for the penguin to Back Squat. 70% x 3, 80% x 3 and 90% x 3 or more. Four. And more. One of the better demonstrations of where hard bop was at the time. I must be old school ‘cause I still like Miles Davis, and the Lemmy version of Cat Scratch Fever. Whatever, the penguin rests. Eats plenty of fish and complex carbs from the sea. Wednesday is Overhead Squats, same progression and don’t ask me how he holds the bar overhead with those little flippers. One thing’s for certain, a penguin’s range of motion in the squat is pretty small. These creatures could probably handle fair big numbers, if they weren’t so busy being penguins. Friday, Front Squats, same deal.

By week three you’ve figured this thing out, right? That’s good because penguins are easily agitated by repetitive questions. They get quite snappy and have been known to curse and kick kids with their flexible webby feet. So there’s no real harm in a penguin putting the boots to some child. Back Squat, 75% x 5, 85% x 3, 95% x 1 or more reps. Wednesday is Overheads, Friday Fronts. Rhyme when you can. Be a sonic man. Sounds fine. Lo, the asshole would not stop, could not pause till smitten with blows.

Now, by Week Four this bird was ready for a deload. How do I know? Why, a little, that’s right, told me so. Penguin-lifter performs the same three squats on those blameless three days. 40% x 5, 50% x 5 and 60% x 5. Nice and easy. He enjoys this feeling of being able to move his body at will and five senses only make the treat that much sweeter. Blameless. It's not Monday's fault people dislike him so.

There he goes. God’s little lifting champ. A bird growing nearer to heaven without leaving earth. A series of progressive steps up Jacob’s ladder. So next time around with this cycle add 10 pounds to your max and go with the same percentages. 10 pounds a month is a huge gain when continued for any meaningful length of time and penguins will back me up on that. Hardcore penguin at his gym. Tattooed and lookin’ tough in a tux. Three beers after a workout he gets lippy with some duck bartender about his bill. Rough stuff. Feathers ruffled. A scrap in the alley. All part of this mad, glorious game we take so seriously.