The Greatest Feat of Strength I Ever Saw - Various 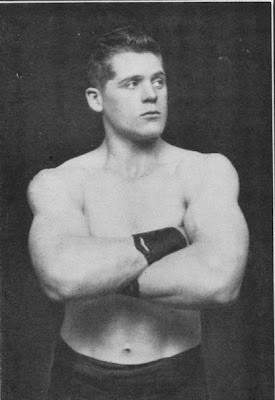 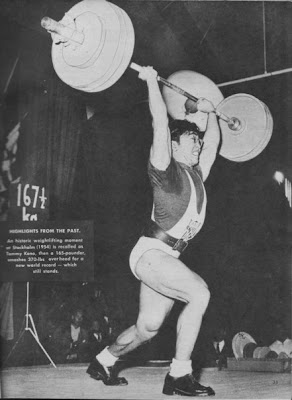 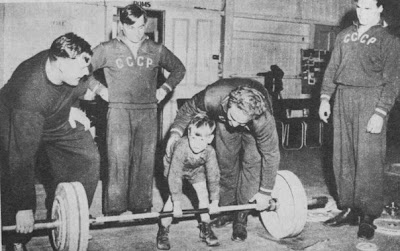 Clancy Ross: The greatest feat of strength I ever saw was performed by Doug Hepburn. I met Doug for the first time up in Vancouver and we had lunch together . . . and you know how Doug eats! Right after an enormous meal, Doug took me to his gym where he bench pressed 400 pounds . . . COLD! . . . . starting at his chest. He got up and taking 370 off squat racks, pressed this weight overhead. At the time he performed these feats no man living could come within 50 pounds of them . . . and that’s why I was so impressed.

Joe Assirati: I will never forget the time I saw Hermann Goerner show his amazing strength at Bill Pullum’s gym in London. Goerner was training under Bill, and Paul Getty, son of an American millionaire, promised Goerner $100.00 if he could one hand deadlift 600 pounds. At that time the British record was around 440. Goerner did a right hand deadlift on a STRAIGHT bar with 602¼. The lift took the skin off the palm of his hand, but he made it! That in my opinion is the greatest feat of strength I ever had the pleasure of witnessing.

Allan Paivio: I suppose the greatest strength feat that impressed me most was Doug Hepburn’s push-press to arms’ length of 460 pounds at the 1954 Mr. Canada show. I know he has done even more than that, but this was enough for me when I compared his feat with how that amount of weight feels, just held at the shoulders for most fellows, including, of course, myself.

Charles A. Smith: There’s no doubt in my mind about the greatest feat of strength I ever witnessed. It was performed by Paul Anderson at the annual John Terlazzo show on April 22, 1955. Paul had already completed one clean & jerk, but wasn’t too sure he could a heavier poundage. I was one of the judges, and with the permission of his coach, Karo Whitfield, I gave him a few words of encouragement, expressing my faith in his ability to make a new world record. Anderson took 430 for a clean & jerk, smashed it overhead with consummate ease and created a new record of 434 pounds.

Jack Delinger: Let me say that the greatest strength feat I ever witnessed was performed by Doug Hepburn at Yarick’s gym. The lift was a push-press with 450 pounds. I have seen other incredible feats including some performed by Paul Anderson, but that fabulous lift of Doug’s stands out head and shoulders. I’ve handled 400 and 500 pounds myself in exercises such as squats and bench presses so I know exactly how GREAT Hepburn’s lift is.

George Jowett: I will never forget the time Sam Crawford, a British seaman, saved my life and the lives of his shipmates. Sam was a townsman of mine, a gigantic, fine looking man of ponderous strength. I was with him aboard a trawler in the North Sea. Caught in a storm, we drifted towards a sandbank when the other donkey engine failed. Sam saved the ship and the crew by picking up an anchor weighing 650 pounds and tossing it overboard from a heaving deck. That was the most impressive feat of power and will forever remain green in my memory.

Leo Stern: The greatest feat of strength I ever witnessed was performed by John Davis in my gym, way back in 1949. John had worked up to a 350 press, then loaded up the entire bar, a complete Olympic set, and pressed it in very good style. I say without reservation his press was as good as anything passed these days. We got the scales out and weighed the bar. It hit an even 365. For me, it was a life’s ambition realized . . . to see a complete Olympic set pressed in Olympic style by a great champion who had power. Davis weighed 228, pressed 365. That’s the greatest feat of strength I’ve ever seen.