A Back Building Program - Anthony Ditillo 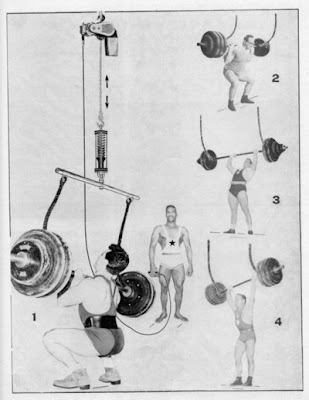 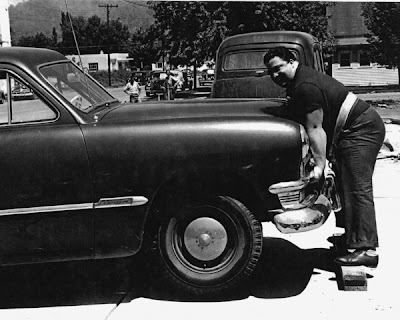 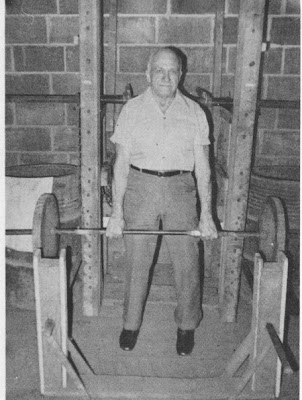 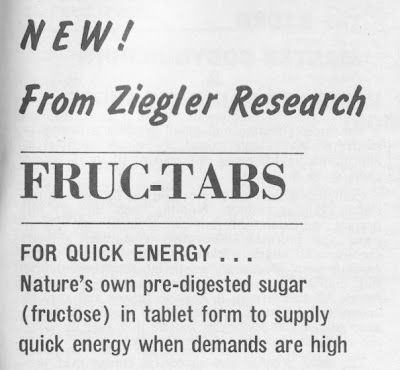 A Back Building Program
by Anthony Ditillo


My favorite body part and movements thereof has always been in the chest area, but second to this, back work always leaves me with a most enjoyable sense of accomplishment and allover feeling of well-being. I have always admired the massive development of Bill Pearl and Reg Park, particularly Park. I am speaking of both men when each was at his highest bodyweight and concentrating on power work exclusively. Leroy Colbert is another bodybuilder who, in his prime, had a remarkable back development and I imagine the power to go with it. George Eiferman, a simply huge, massive hulk, with the definition of a human anatomical chart, had in my opinion the most massive and impressive back development of all times. Anyone who has been in the ‘bodybuilding game’ for long will remember in the various magazines when George was in his prime, back shots of Eiferman that will stand immortal as a grand example of Back Development Supreme.

How does one secure such development? To be sure, it is certainly not easy. Bone structure is of most importance. Wide shoulders coupled with a very trim waist and hips will enable on to give the appearance of power, but actually such a bone structure is not conducive to great strength. Steve Marjanian had one of the widest backs I have ever seen, and his waist measurement was in the forties. At least it must have been when he was at his highest bodyweight. But, how unbelievably impressive and powerful he appeared. And what about Doug Hepburn? Surely he had a very, very wide, massive back with rear deltoids the size of grapefruits. He didn’t allow his waist and hips to get too out of hand, but let’s face it: he wasn’t exactly what you would call ‘trim and trig’ in this area either. Both these man had the all-around developments of Bull Gorillas, with backs as thick, almost, as they were wide. And both these men had prodigious body power and strength.

What shall the bodybuilder do? Shoud he train himself into a bulky power lifter who could never hope to win a physique contest without losing all that hip and belly fat? Of should he deliberately hold down his body power by avoiding such movements as the deadlift, the half-squat, etc., etc. Should he omit exercise movements that might, if properly handled, catapult him into the physical limelight he so ardently desires?

Well, my friends, here would be my humble solution to the problem: First and foremost we must realize that if we overeat the wrong foods we shall gain fat and muscle, even if we may be exercising quite hard and also quite regularly. It doesn’t matter whether high of low repetitions are performed, nor does it matter how many sets. On the other hand, if we abstain from all fattening foods and partake only of protein, we shall gain oh so very slowly, but brother, whatever we gain will be solid muscle. So by calculating our eating regimen with 90% protein and 10% fats and carbohydrates, we have a base for solid muscle gains and ample energy for everyday living and physical training. With this schedule of fuel for our body we can therefore utilize the size-building major muscle groups exercises to the utmost potential and reap vast gains is power and muscle size with no worry as to how we shall appear when such experiments are ended. No one will ever be criticized for having thick, muscular hops or waist if such development is coupled with solid tissue and adjoined with an upper body of equally immense density and development. It is only when fat is allowed to accumulate around the lower back and waist that one becomes bottom heavy and loses much eye appeal. And even though a ‘straight power man’ will gladly sacrifice eye-appeal for more strength, myself included here, this is one facet you bodybuilders must omit in order to obtain that ‘finished physique.’


For upper and lower back development similar to the men I have previously mentioned, it will be necessary to train along similar lines. For the rear deltoid and trapezius tie-in the press behind neck reigns supreme. Reg Park has used over 300 lbs. in this movement and his rear delts and traps show full testimony of its developmental value. Performance is relatively simple. I prefer the standing variety since more weight and a slight cheat is possible. This is very important when searching for more power. I would recommend an initial set of 8 easy repetitions followed by 4 sets of 5 reps using all the weight you can you can handle properly. Avoid using too wide a grip as this can cause shoulder strain. Forearms at right angles to the floor is best.

In trying to secure that great lat flair under the armpits I, and many others I imagine, would recommend the pull-up behind neck as best. Be sure to perform this movement slow and steady and get a dead hang at the bottom of each rep. In the beginning, 3 sets using your bodyweight will be sufficient, but as soon as 10 repetitions can be performed easily I would recommend he addition of weight around the waist, to hold the reps down to under 10. When you can use over 100 lbs. in addition to your bodyweight in this movement believe me, you will quite understand fully its value.

While concentrating on the latissimus area, we must not forget muscle thickness. It is from power men that the next three movements shall be taken. The bentover row, the high pull and the power clean would be best in this case. Take your pick, or better yet, alternate from workout to workout. In each movement (whichever one or ones you prefer) the repetition scheme should be about the same. 5 sets of 4-6 reps, working up in 25-pound jumps to a tentative limit should bring about fine results in back thickness, in time, of course.

Last, but not least by any means, we come to the lower back and hip girdle section of the male physique. Take my word for it and perform the following two movements, and in a relatively short time the improvements of these two body parts shall be mute testimony to the time and effort spent. For the lower back use the stiff-legged deadlift and perform sets of 5 repetitions, adding 25 pounds per set until a limit is reached. Then reduce the weight on the bar by 75 pounds and perform 1 set of as many repetitions as possible. Be sure to keep the back as flat as possible and use a slight rebound off the floor between each rep to help the bar up and on its way past the sticking point. This should be more than enough work for the lower back if enough weight and effort are used.

This last movement will also affect the lower back, somewhat, but its value lies mainly as a great upper thigh and hip developer. This is the heavy full squat. Perform 5 repetitions per set and increase the weight each set as in the deadlift. When a limit for 5 reps is reached, perform 1 set with relatively light weight and really pump out the reps! Perform this movement correctly and you won’t have to worry about pulled knees and strained backs. Work diligently and you should develop that massive, yet boxed in effect in the hip and glute area. Eiferman, Pearl and Park are fine examples of this.

I feel I have outlined here a most complete back specialization routine and I am hopeful you fellows will get up and give it a try. Be sure to increase poundages whenever possible ad follow the diet outlined, as this is important if one is to gain mainly muscle and little fat. The movements are all tried and proven by the past’s successful lifters. What more proof could one want?