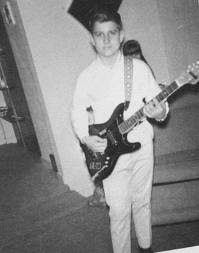 Away back in the 1850’s, Dr. George Barker Winship (67 inches, 160 pounds), a leading all-around strength athlete of those days, developed great upper-body strength by the following means. In the gymnasium he attended there was a fixed, inclined ladder. Hanging by both hands from one of the rungs of this ladder, and facing the upper end, Winship would launch himself upward to the top of the ladder in a series of pullups, rung by rung. When this became easy, he would do the same thing, only each time skipping a rung. Naturally this was a risky feat as the top of the ladder was approached. He then became able to skip two rungs. After several months of such training, he found that he head unknowingly gained the strength to do pullups with one arm. He then progressed by using only one hand for the hoistings, and finally became able to go up the ladder using only one arm and skipping two rungs on every pullup. Small wonder that he could easily hang suspended from the rung of a ladder by his little finger alone, or chin the bar with the same meager grip.

On September 18, 1878, at , A. Cutter (his bodyweight unstated) chinned 6 times in succession using his little finger only. he also performed 12 one-arm chins.

Strongman Eugen Sandow (67.7 inches, 186 pounds) could chin once with one arm using any single finger, including the thumb.

About 1900, Adrian Peter Smith, a professional strongman and instructor of , at a bodyweight of 125 pounds, could chin 10 times with one middle finger.

In April, 1913, at , Anton Lewis (bodyweight not stated) chinned 78 times in succession using both arms.

In May, 1914, At , Francis Lewis (158 pounds) pulled up 7 times with the middle finger of his left hand and once with the little finger.

Eric Lindman (bodyweight unstated) of , performed 8 consecutive pullups in an upside-down position on a horizontal bar.

William D. Reed, of the , is credited in some quarters with hold the record for two-arm chinning. On June 23, 1969, he performed 106 consecutive pullups.

All records for chinning with a pinch-grip either on two rafters of on one would appear to be held by Bruce White (67.5 inches, 148 pounds), of Duncraig, Australia, who has accomplished the following feats: 1.) on a single 1 ½ inch thick rafter, pulled up once with 51 pounds of extra weight; 2.) the same for 4 reps with bodyweight only; 3.) on two rafters, pulled up once with 112 pounds; 4.) the same, with bodyweight only, 16 times in succession; 5.) retained a pinch-grip while hanging from the same two rafters for 60 seconds.

Training for the One-Arm Chin

As to the most effective means of training to perform a one-arm pullup, there are at least two different ways of developing the necessary power. One way is to continue to chin using both arms, and to add weight in gradually increasing amounts to your bodyweight. For example, suppose you have reached the stage where you can perform, say, 15 bodyweight pullups with both arms. You should then attach a 10 or 15-pound barbell plate around your waist and reduce the number of pullups, performing several sets or series of these with brief rests between. When you have progressed to where you can do 15 reps in a single set with the added weight, a again drop back down to 8 or 10 reps with another increase in the amount of weight carried; and so on. When you reach the stage where you can perform a single pullup while carrying extra weight equal to two-thirds of your bodyweight, you should have the strength, if not the capability, to chin with one arm.

You should then work to acquire the necessary one-arm technique, in the following manner. This is to train the arm doing the pullup to progressively carry more of the bodyweight. The accompanying drawing, in which the increasingly more difficult positions for chinning are numbered 1, 2 and 3 respectively, should be self-explanatory. In all the different pullups, you should try to “breast” the bar rather than just “chin” it. After performing several such close-to-one-arm pullups with your left arm (always exercise the weaker arm first), rest a moment, then pullup with your right (or stronger) arm. Also, make a habit of lowering yourself slowly with one arm, as this will produce chinning strength almost as effectively as chinning up.

One difficulty – perhaps the main difficulty – connected with a one-arm chin is to have the hand of the chinning arm in the most advantageous position for starting the pullup. This is with the palm of the hand facing the body, just as in chinning with both arms. This preliminary maneuver places the body in a favorable position for being drawn up to the hand, as the necessary drawing-in of the forearm close to the chest (to the finishing position of rest) can take place only when the palm is facing the body. In doing more than a single one-arm chin at a time, the body should never be lowered to the extent of completely straightening the arm; if it is, the body will swing around out of the proper position for commencing the next pullup. Therefore, if and when you become able to repeat the one-arm chin, keep your legs straight and well up in front, and in lowering your body do not let your arm straighten past the point where you can exert full power for the next pullup.