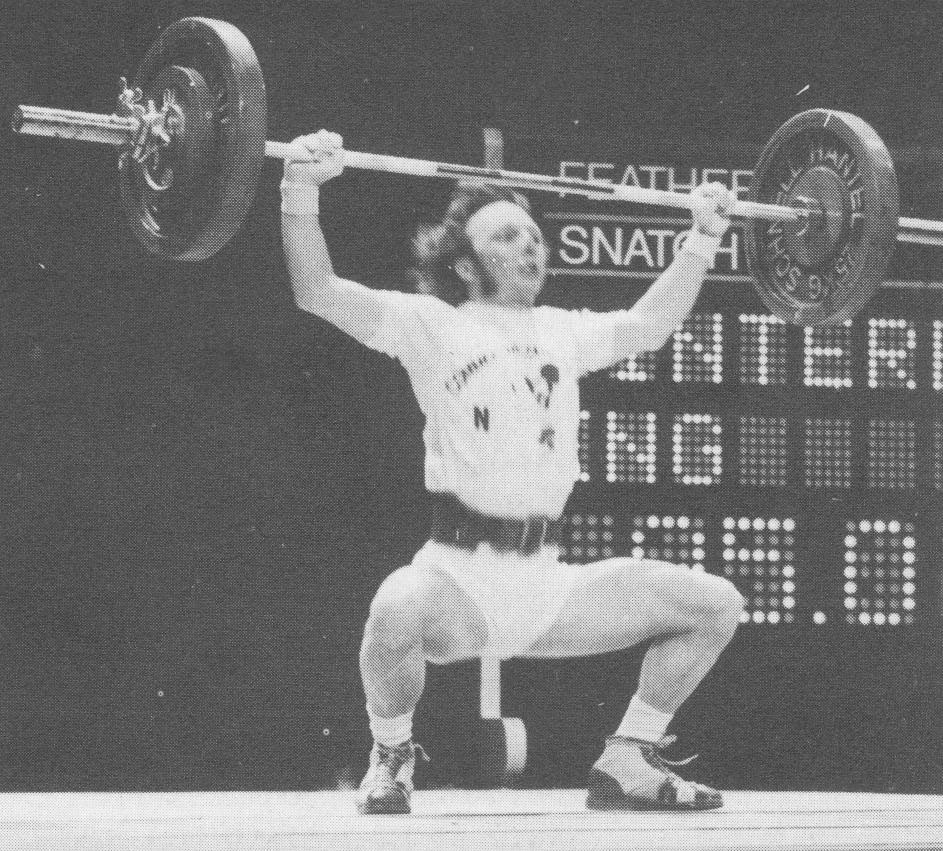 
This information was submitted courtesy of Liam Tweed's Collection.
Many Thanks!!!

"This program (sent to me and written by Alan Winterbourne) is presented as an interesting illustration of the training style of the 1970/1980s UK weightlifters. If you have ever read any of John Lear's training books you will see the similarity in style."
- Liam Tweed.

All exercises to be done to maximum 3-2-1. If you have time do some pulls, but only up to 100% on Mondays, Wednesdays, and Fridays. This is an eight week programme. Six weeks of this, and two weeks cutting down, only training Monday, Wednesday and Friday. Monday and Wednesday you only do Snatch, and Clean And Jerk up to starting poundage and a fairly light Squat of only 20 kgs. above best Clean for your last five workouts. On the day before the competition you can play with an empty bar to loosen off.

NO MORE THAN 3 REPS ON ANYTHING AND PUSH YOURSELF.

This was the first time I encountered squatting at every workout. Note heavy emphasis on Front Squats (3 x per week), with Back Squats playing a supporting role (2 x per week). This was just for Juniors, who were not full time athletes. The Senior lifters would train 2 x  per day and one told me he did Front Squats in the morning and Back Squats at night, 5 days per week! This made my head spin.

Snatch Balance movements, involving diving under the bar into a full Snatch and then recovering, were VERY popular back then and I got to see Senior lifters using weights for this exercise that were far over their best snatches. This was not an exercise I had done much in my past training.

Loads of pulls- and note the recommendation to add even more if there was energy and time!

Technique work 2 x per week for each lift, including work off boxes. Narrow grip snatching was new to me. This was done in a Power Snatch style.

Intensity - note it was typical for the lifters to work up to maximums in EACH movement, but key here is that it is you maximum FOR THAT DAY, so if you are having an off day this would be just what you could manage for the day. This took me a LONG time to understand. I would flog myself, failing multiple times, even up to missing a Snatch 10 times in a row!

Reps were always very low. Lifters would move through warmups for 3s, working up in weight to 2s, and then some singles at the best you could manage.

Results? This was a very effective program, but it took me a while to build up my conditioning.

Thanks again, Liam. I think there will be many people grateful to you for sharing this.
Have a good one, Brother!