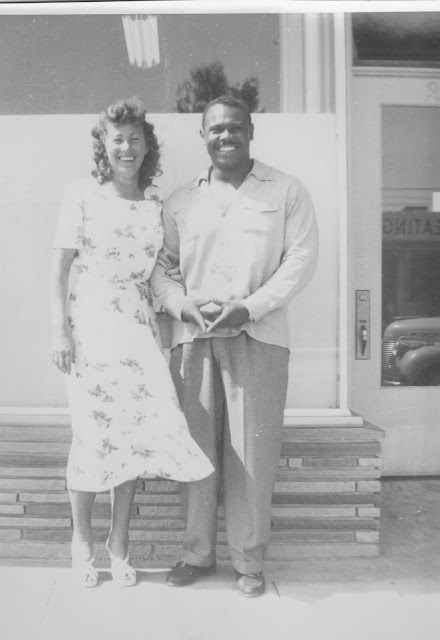 
This article on John Davis courtesy of Liam Tweed. Author: Charles A. Smith, from his "The ABC's of Lifting Series" -
this article is from Muscle Builder magazine, January 1951.

I am writing this article on the eve of my departure for England and the Mr. Universe contest. There is a "dead line" to meet; a series to keep up to date and it was impossible for me to plan this chapter months ahead. Yet I think this present article will present no break in the continuity of the series. In fact it will prove to be a most timely and pertinent section of the work as a whole, for it concerns the training methods of the World's Heavyweight Champion, John Davis.

Davis deserves a special niche in the Hall of Athletic Fame for he is the ONLY athlete in the history of ANY SPORT who ever held all his country's records, all the Olympic records and all the world's records at one and the same period. This is an achievement that ranks, to my way of thinking, as the greatest all round performance of all time, and one that is never likely to be beaten. At present, the Press record is in the keeping of Doug Hepburn of Vancouver, British Columbia, but I will be surprised if Doug retains it for long, for I fully expect Davis to take it back before the end of the year is out.

The information contained in this article does NOT come directly from Davis himself, but has come from individuals with whom Davis has discussed lifting (myself among them), the magazines in which this information was published, and those individuals who were fortunate enough to attend a Davis training session. It reveals a simplicity of purpose and a common sense approach to the problem of bringing himself to the pitch of weightlifting efficiency.

Davis has trained himself. That much we all know, and I will publish this chapter of this series to provide inspiration for the countless thousands of world be champions, and with the firm belief that such knowledge and inspiration belongs not to one man but to all. I just as sincerely believe that Davis himself is of this opinion. He has never spared himself when it came to imparting his valuable store of knowledge to a promising lifter or a kid, altho he had no hopes of making good, still had the intense desire to improve.

Davis has performed pressing feats that make the lifts of the old timers look sick. At the recent John Terlazzo show, he made a clean and continental press of 365 pounds which by far exceeds any previously performed . . . Hepburn, it is true, has pushed aloft some incredible poundages, but these were in most cases taken from squat stands. At the recent Senior National Championships, he pressed 340 for a new world record, only to have it taken from him a few minutes later by the titanic lift of Doug Hepburn, who made 345.5.

He has, in the old style strict military form, pressed 295 for 2 repetitions . . . this feat was performed back stage of the William Penn High School, while Johnny was waiting to lift. He holds the American record in the Press with a poundage of 342 and his 332 World's record stood for almost three years until it was broken at another Senior National meet, also held in California, with a poundage of 335.

To me, he is the super scientific pressing stylist and a close observation of his method of ramming the weight overhead will reveal an extremely shrewd and calculating use of every muscle in his body to one end . . . PRESS THAT WEIGHT OVERHEAD.

Before the war, he was pressing 320 at a bodyweight far below his present one, and his attitude in competition can be summed up in one word . . . CONTEMPT.

There are those who would tell you that Davis needs competition . . . that he is a "lazy" lifter. To these I reply . . . You have appraised the man incorrectly. You little know him, or his philosophy of life. Davis needs no competition. He trains with an intensity few approach let alone equal. When a tougher form of workout is devised, Davis will be the man to bring it forth.

Many lifters have problems getting past a certain stage in their progression, and this results in a lot of trouble for the inexperienced. He tells them this: "You must use extremely heavy poundages to make gains that are satisfactory yet you need not concern yourself with what kind of form you use while training." Building up the BASIC POWER, the CONTEMPT FOR TOP POUNDAGES, the ABILITY TO HANDLE THEM, is what counts.

Davis trains on each lift for a week, spending four training days on each lift. Sometimes he doubles up on the lifts, using say, the Press and Snatch. And he always includes a power building exercise such as the Squat to end his workout session. He makes a minimum of 64 presses each week and sometimes as many as 80, using sets of 2 reps . . . sets of 10. His training schedules usually last for a 10 week period, and depending on his condition, he regulates his starting poundages.

He never performs less than 8 sets no matter how lax his final sets of presses become. But his innate common sense comes to the front when he cautions you all to exercise control over the weight. You must never let bad lifting run away with you. In other words, you must make certain that the poor form, or that "get the weight up anyhow" attitude does not become a bad habit so that you instinctively turn to it during competition.

"The basic principle of lifting," says Davis, "is to build bigger and stronger muscles." This is of course, the obvious, but it is astonishing how few lifters actually realize it's profundity and train for bigger muscles with but slight increase in power. To build great power one must handle heavy poundages with a low repetition number and a HIGH set number. This is the method that Davis himself finds builds power.

Altho he once decried the use of bench pressing, he has found that it does increase your overhead pressing ability. Davis had heard of some of the lifts claimed by certain bodybuilders in the bench press, and determined he would try the exercise for himself. After he had worked up to some extremely heavy poundages . . . one lift of 400 was made, pressed directly off his chest with no bounce . . . he went back to Olympic lifting and discovered much to his surprise that he was much stronger in the two hands press. He has since, honestly and sincerely advocated the use of bench presses.

An examination of his try of the use of heavy poundages will reveal that his beliefs are founded on common sense planning. "If you use a schedule in which poundages constantly decrease, such as the 1-2-3-4-5 system, it will be impossible for you to build sustaining power." There is also a psychological factor to consider here too. You build up a mental resistance to handling heavy poundages if you constantly use light ones, or decreasing poundages, sets and reps during training. There is a lack of determination and fighting spirit that keeps you carrying on when the going is tough.

Heavy poundages in training are essential if you want to press heavy weights during competition. Davis has said that altho he might not always break a record, he is constantly in striking range of the world's record all the time, so that even if he has an "off" night, he is never far below the top press mark. And if he has a "spot on" night, then we see a new world's record in the Press. If you keep ahead in training, then you are certain to do so in a contest.

During his Press specialization periods, John continuously TRIES to advance his Press poundages every other workout by at least 2.5 to 10 pounds. But he NEVER drops a poundage back. If he feels that he is not ready to pile on that extra training poundage, then the bar stays at the same weight used in his previous workout, until he feels in form once more.

Constantly, he changes his combination of sets and reps. He has used sets of 5 reps, changing to sets of 3 reps, then sets of 2 reps, and reaching an impasse again, switched to 3 reps once more. In the final week of contest training he uses a near limit poundage, making 10 SINGLE REPS . . . that is 10 INDIVIDUAL PRESSES. However, his favorite combination of is sets of 2 repetitions . . . usually 8 sets of 2 reps.

"If your training becomes monotonous, the best alternative is to press while seated." Davis believes that this pressing exercise builds great drive and induces more correct form in actual competition. He rarely tires himself out completely, believing that failure would only lead to disappointment and build up a mental block, a negative or defeatist attitude to limit poundages. However, if the urge to "try his strength" is too great for him to resist, then once every four weeks he essays limit attempts.

He also has a very remarkable . . . yet again common sense . . . system of determining the certainty of making his starting poundage. Under varying conditions, he tries his starting poundage . . . once with no previous warmup, again after his workout is ended, and at other periods under the most difficult conditions he can think of. This ensures him of at LEAST one attempt to his credit.

His views on warming up are very timely and to the point, with the element of reason to them. "You should never use heavy poundages when warming up back stage" and Davis goes so far as to limit a man capable of pressing 250 to a warmup of NOT MORE THAN 135 pounds. "Make your reps as fast as possible," says John, "pressing the weight half a dozen times, then having a good rest and taking the weights for another fast 6 reps." This should be done half an hour to 45 minutes before making your initial Press of the competition. 20 minutes before you make your first Press, do another 3 reps, driving each one up with all the power that is in you. NEVER under any circumstances use a heavy poundage, for if you do you'll leave your pressing power in the warmup room. There are exceptions, but these are men of extraordinary power . . . men like Louis Abele and Jim Bradford, who both used heavy warmup weights for getting into their pressing stride.

Would it benefit you to try these training methods of the World's Champion? I can well imagine you are asking this question. Beyond any doubt, I believe it would, taking into account the innumerable differences in each human being. At the very least, his method is one of the best for utilizing the combination of sets and repetitions.

In closing this article I would like to express my deep thanks to John Davis, for the many things he has taught me, and to my friend, John Barrs, for so much of the information appearing in this article.

I can only repeat that I believe the methods of Davis will lead to success.