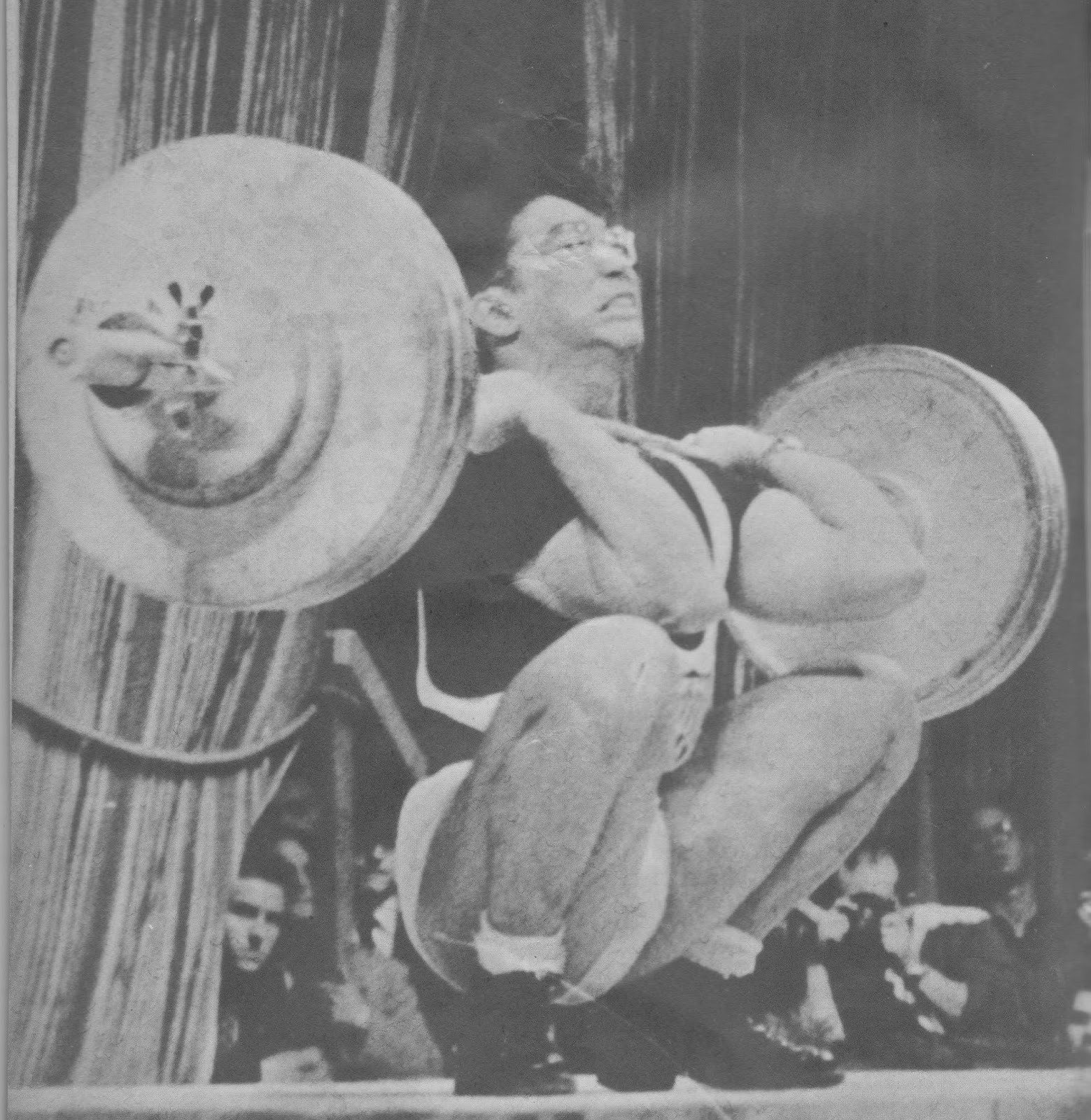 
WHAT ARE THESE UNUSUAL MOVEMENTS? 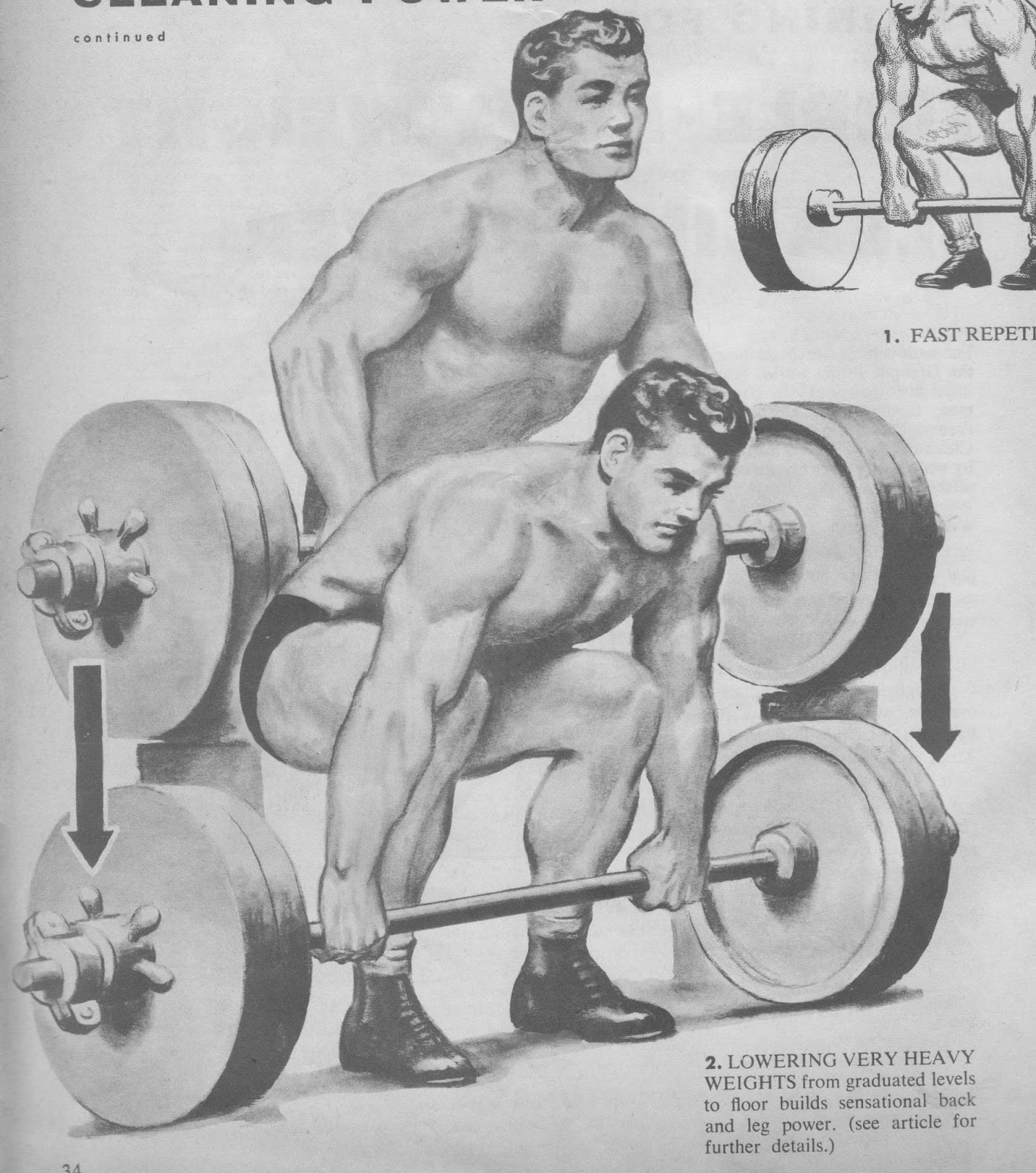 Here is how the deadlift in reverse is done:
Load the barbell on sturdy boxes at about hip height, so that as you grasp the bar you are standing in an erect or nearly erect position. Now lift the weight just slightly up from the boxes and lower (or 'reverse deadlift') it to the floor, lowering the weight to the floor as slowly as possible. In this way you can overcome almost an sticking point in hip/leg/back weakness and handle heavier weights than are possible in the regular deadlift. Progressively work up to the heaviest weight you can over 6 to 9 single repetitions. 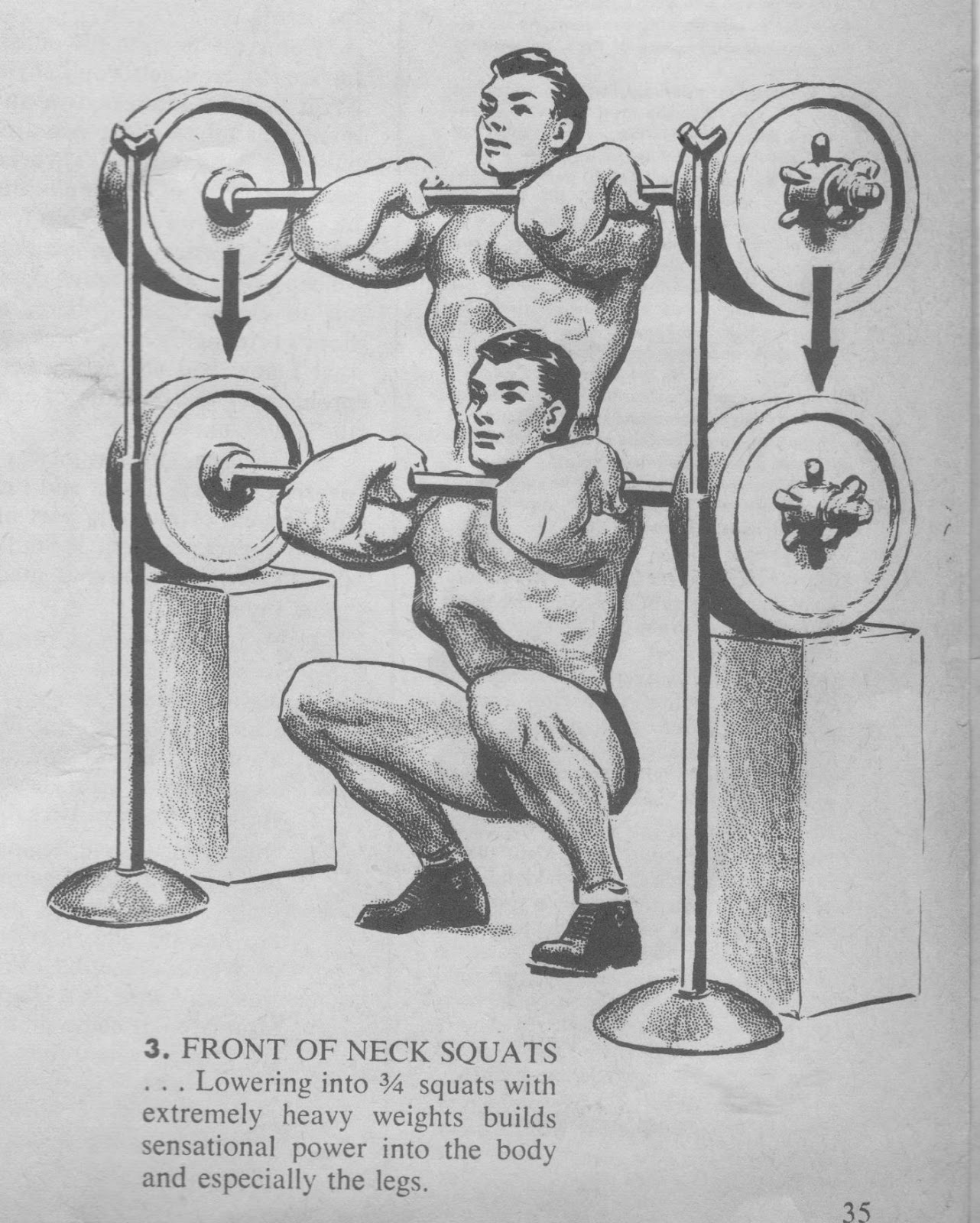 
And you will use boxes in this exercise adjusted to exactly half-front-squat depth to make sure that your lifts do not go lower than necessary to perform the half front squat. 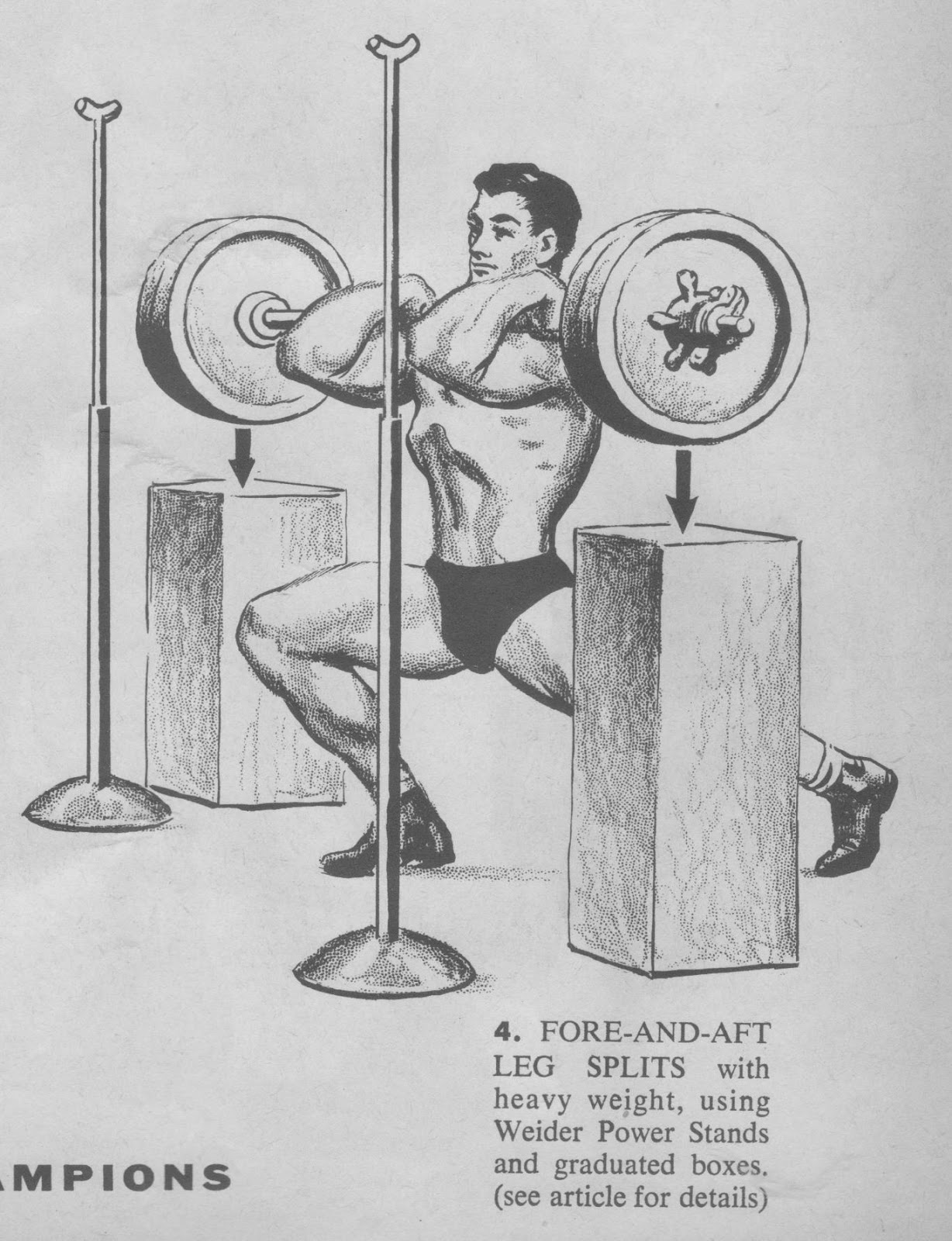