Check into Joe Roark's Iron History Forum!
Megatons of Information Over There.
Note: Your Real Name will be required for registration.
https://www.ironhistory.com/

Thanks to Joe Roark for authoring this article. What follows is a condensed version of what Joe published in his Musclesearch newsletter, issues 25 and 26.

To Stuart McRobert for publishing it
To Bob Wildes for providing access to it. 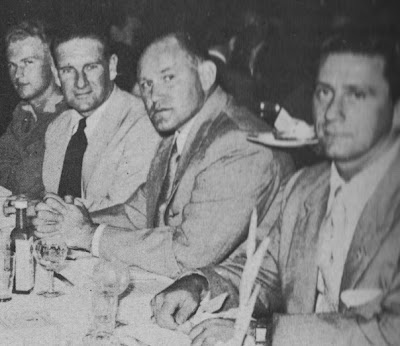 Thus began a relationship between Charles and this author that has been sprinkled with a visit to Austin, Texas, where I was Charles' house guest for a week, hundreds of pages of letters between us and many phone conversations.

Charles wasn't perfect. He could be crusty, determined, insistent and stubborn. He lived the final stage of his life in Austin, alone. His wife, Harriet, passed way Christmas Day 1959. His two daughters live in Texas.

For some time Charles was a research associate at the University of Texas at Austin. He worked with Professor Terry Todd and the School of Physical Education and Health on materials in the Todd-McLean Collection.

On current fans' ignorance of history, Charles wrote, "As an example of how little this modern bunch knows of and about the people to whom they are indebted, let me quote you what happened the other day. One of a bunch of students was up in the Collection searching for term papers. One of them held an eight by ten glossy and asked me who it was. I replied it was John Grimek. Oh, she said, just another one of those bodybuilders. Words failed me. I seriously thought of going out and becoming a hatchet murderer. The tragedy of it is that in their ignorance of the past, these kids are robbing their future."

On his own lifting he had this to say: "I was better at repetitive lifts. That is, my reps were always more notable than my limits. This is perhaps a reflection of my swimming days when I was a middle and distance swimmer. Frinstance (sic) I could easily do 12 reps in the hang clean with 220. By my best ever clean - and I never practiced it much - was only 250. Yet I could squat 30 reps with 300. So there's nothing remarkable about what I've done. By the way, Joe Weider was present when I did the 390 bench press and the one-hand deadlift of 420. The latter was in a contest with Marvin Eder who dropped out at 410. A cambered bar was used, the same bar that Bruce Randall did his good morning exercises on. 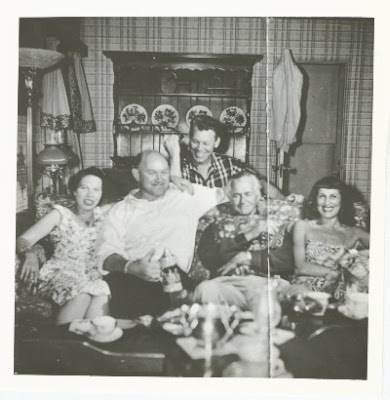 "I taught Doug Hepburn how to lift - his style was poor. One might say that through him I indirectly trained Paul Anderson. After Doug had beaten Anderson - and the only man to do so - Doug and Paul corresponded quite a bit. What I asked Doug to do in his training he wrote and told Paul. I understand (although in all fairness I must say I don't know for certain) that Anderson followed the exercise and training I had laid out for Doug. But who knows or cares now?"

When discovering Musclesearch was to carry a story on him, he wrote, "As for writing my history in one of your reports, this I don't object to. But I don't want it to be laudatory or have verbal laurels heaped my way. Just a plain statement of what I've done.

Now try to imagine my position: simply state what he has done, but make it sound commonplace. Okay. Charles Arthur Smith did nothing for our sport but inject it with essence, and write about the people and event of the fifties in ways that gave a pulse to the heart of the matter. When others sought self-praise and fame, Charles was content to be a journalist. While others these days don't hesitate to accept accolades and titles such as "ultimate" journalist, Charles simple smiled and was amazed at some of the current situations in the Iron Game. Frankly, it angered Charles that men of small talent are gathering large praise.

Is it true that squat machines came into gyms originally because gym-rats were so busy patting themselves on the back for their achievements that they had no free hands to grasp the barbell?

The boast of heraldry, the pomp of power
And all that beauty, and that wealth ere gave
Await alike the inevitable hour
The paths of glory lead but to the grave.

Please notice that those who praise themselves are sometimes unworthy of such adulation. But often, writers who have earned our respect (in the muscle field) may go unhonored in formal ceremonies.

Charles A. Smith deserves your attention, your remembrances of his contributions to the literature of our sport, and frankly, your respect.

Sat in Austin, Texas, was a man who enlivened our sport for eight years in the fifties, and who maintained a memory razor sharp. Though he thought his memory was slipping slightly at nearly 80 years of age, I would have traded him anytime for his ability to recall data.

When I visited him in Austin, I took with me a list of hundreds of names I wanted to toss at him for his off-the-cuff thoughts. He would immediately relate stories, filled with dates and with specific lifts that he had seen or participated in. It was computer-like. We were soon through the list and Charles, with his British-determined-countenance, frowned at me and said, "I thought you were going to ask me some questions." I felt ill-prepared. I felt like the collar on a barbell - knowing I was inadequate if all this mass I was trying to control turned out of level.

Perhaps more important than his ability to recall, is his base of knowledge upon which he can discern the worth of new trends, compare those trends with past ones and note that there really is nothing new under the sun. At least nothing of worth. I think part of the frustration Charles felt while evaluating the present situation in our sport is the lack of control he once had. He guided an era when our sport was emerging into the mainstream. Now we are regressing to a tributary due to drug abuse and supplements of no value except interesting names. Truth has a tendency to get in the way of progress.

There are many side-doors of knowledge and hints to facts that I probably never would have been made aware of had it not been for the kindness and sharing of Chas. I consider Charles the major key to avenues of study that I've undertaken. Thank you.

My association with Charles has been one of the more rewarding in this field. I have a pride in having known Charles, who should be in the Hall of Fame as a contributor. Remember, the reward of a thing well done . . . is to have done it. You did it, Charles. You did it.

- Here are some training-related articles by Charles A. Smith, nowadays not the easiest to obtain. These do little more than scratch the surface of his huge output. I would like to thank all those noted who stepped up and helped in making some of them available. Honestly, I'd love to have ALL of Smith's lifting articles available, but lately that Demon Money don't wanna let me do it.