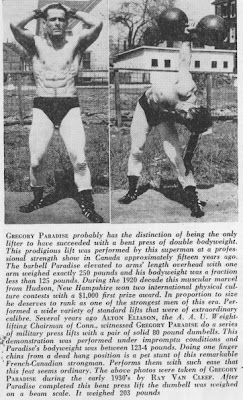 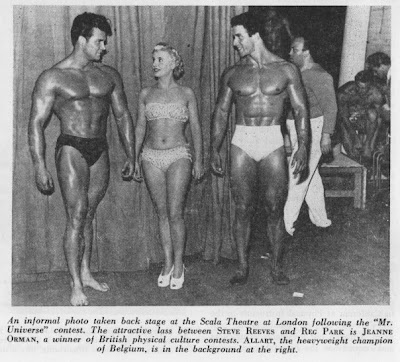 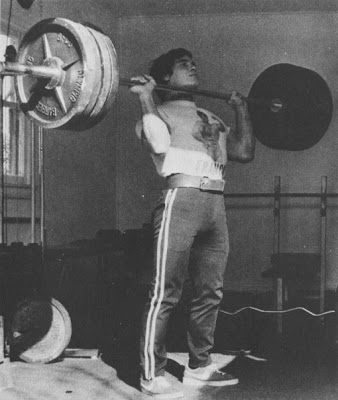 Question: How can I improve my press? I have tried all forms of pressing to no avail. Many bodybuilders place great stress on incline pressing, saying it will improve overhead pressing ability. It hasn’t in my case! I might add that besides the incline pressing exercises I also use what some call the “French Press.” Could you please advise me?

In the incline pressing exercises the anterior deltoids are activated, which helps all pressing movements, but with it the pectoral muscles are also involved strenuously, and if you study the anatomical construction of these parts you will notice that if the pectorals are used to being involved in pressing movements they will exercise a detrimental effect on military pressing. They will pull down on the arms and shoulders because of their contraction, making one’s press slow and awkward. Any other pressing movements in which the chest muscles are thoroughly activated also hinder military pressing for the reason mentioned above. The thing to do is include a lot of upright pressing movements in your training – two hands press, one arm military press, press behind neck, alternate see-saw press, etc. All shoulder leverage work is excellent also.

I had a similar experience some years ago. After giving up lifting I decided to embark on a program of bodybuilding movements which, naturally, included a lot of chest exercises. After several months of such specializing I found that I couldn’t possibly approach anywhere near my former pressing record. I couldn’t understand why, because, strangely enough, my continental press didn’t suffer as much. It was then light began to dawn on me. In the continental pressing movement I did lean back to an amazing degree, which would put my body in almost the same position as when doing a supine press! When attempting to do an ordinary military press, I could feel my pectoral muscles tighten and when they did, my arms not only fought against the resistance of the weight I was pressing, but also against the downward drag my pectoral muscles were offering. So I began another experiment – to cut out all bodybuilding movements that involved the pectorals. Within a few weeks I was able to keep my pectorals from contracting while doing a press and my record went back up. If you have any doubts about this, put yourself to the test and see if your press won’t increase by leaving out all incline presses and including instead a variety of upright overhead pressing exercises. Leave all incline presses, presses on back or bench and similar exercises out of your training for at least a month or two and note the difference.

You will also notice that any good lifter who does a good press can do a pretty good press on back, incline press, etc. But very few bodybuilders who can do very well on such reclining presses can do a commendable press while standing in the military fashion.

As for the French Press, it is doubtful this exercise has any real value connected with the improvement of the press. It can however, add to the size of the triceps.

Question: I have always admired broad, powerful looking forearms and wrists. M own wrist, though quite strong, is not round and strong looking, appearing instead rather flat and bony. Will you please outline some of the better exercises which will develop this part of the body?

Answer: If your wrists are small it would be difficult to make them larger since your skeletal structure governs this. However, it can be improved by thickening the ligaments and tendons around the area. This will also increase the size of the wrist to some extent, but if you have a 6 ½ inch wrist do not expect to develop a 7 ½ or 8 inch wrist. This is out of the question, unless you are a youngster and still growing.

The best ligament and tendon strengtheners are supporting feats. If you have a suitable stand, such as used for squatting, load your barbell on it, starting with about 75% of your best jerk. Now get under this weight in the same position you would if you were going to press it. Remove the weight off the stands and support it, slightly off the chest and shoulders. Hold it for a few seconds and replace. Do this several times, or until the wrists and forearms ache. Supporting a weight overhead should also be included. Load the bar in the same way, starting with about 10 or 15 lbs. more than you can jerk, and get if overhead by coming up with it, arms straight and legs bent. Support overhead a few seconds, lower, and repeat. Keep increasing the poundage on both of these exercises as quickly as you can, but support the weight for at least 5 to 10 seconds.

Wrist curls are beneficial, especially done in conjunction with the first supporting feat mentioned above. Instead of just holding the wrist stationary in the supports I described, allow the wrists to drop, then straighten, etc. This will do much to strengthen and thicken the wrists and forearms. However, such cannot be accomplished in a few weeks. It may take months or years to but the improvement you will notice will be sufficient encouragement for you to continue. Do not forget to include exercises such as the wrist roller, hand grips, etc. They will also aid in shaping the forearms and wrists.