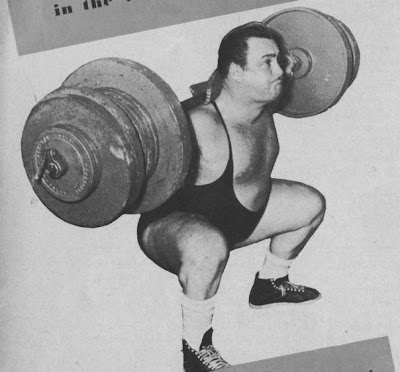 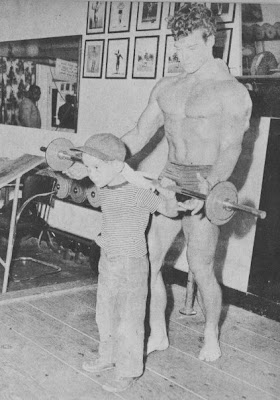 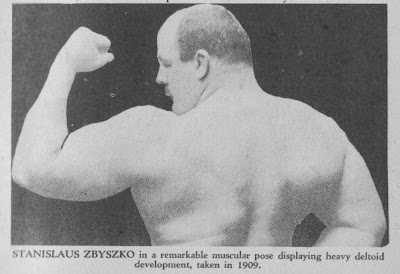 A weightlifting competition is a great source of enjoyment for me. It is also a source of information. In my capacity as an AAU official, I count it poor if I fail to learn something new at a strength show. In this game, you are NEVER finished learning. The guy who thinks he knows it all is one of two things – a fool or a liar.

When the lifting is finished, and the hall emptied, there is nothing I like better than to gather a few of the boys around me – or as many as like to put in their two cents worth, adjourn to some local hostelry and chew the fat over the evenings doings. Why did so-and-so fail in his last snatch? What’s wrong with Joe’s press? Why doesn’t Jim improve his clean? Will Harry ever make that 350 jerk? We talk of everything we can think of pertaining to lifting and bodybuilding. We speak of schedules. we chat about the many styles and the National training methods. We let the argument wax hard over the merits of this or that method of working out. I am asked, and in turn, ask questions by the score. But sooner or later, the talk ALWAYS gets around to the single subject – What exercise or exercises contribute more than others to a lifter’s strength and efficiency? The question doesn’t always come in that form, but the content is the same no matter what words express it.

Competitive lifting is a great deal different from bodybuilding. The objective sought is entirely different. The lifter exercises in order to increase the poundage of a single lift, or of three lifts in order that his total is higher than previously. The bodybuilder is, in the majority of cases, concerned with proportion of physique, with the development in their entirety of the various muscle groups. The weightlifter aims for great bodily strength. Both of these widely separated groups use an exercise which in my opinion is THE key exercise to strength and development. The bodybuilder uses this exercise for chest size and thigh building. The weightlifter uses it to accustom the body, the thighs, and the back to working hard AND rapidly under the strain of a heavy weight. The bodybuilder uses a great number of reps with a given weight, the weightlifter uses a heavier poundage and less reps. The exercise: THE DEEP KNEE BEND!

Some years ago, this movement made its debut as the answer to a prayer for added bodyweight. During the years that have followed, it has developed into the GREATEST aid – apart from the stiff legged deadlift – to the Olympic lifter. All over the world, opinions are divided as to the number of reps or the poundage.

In , deep knee bends are performed with a lighter poundage – not more than bodyweight – for a great number of reps, and as rapidly as possible. Up to 30 repetitions are used with little or no pause between each squat. The Egyptians argue that NO exercise should be used which allows the lifter to move slowly. They maintain that each and every movement should be as fast as humanly possible, and any exercise which calls for deliberate movements should be discarded.

The late Ronald Walker of used the deep knee bend occasionally, like the Egyptians ALWAYS with a very light poundage – never more than bodyweight, and for a much lower number of reps. He never used more than 10 or 12, believing as did the men from the land of the Nile that rapidity of reflex was a quality to aim for.

In , a country rapidly coming to the fore in the world of strength, the deep knee bend is required practice of every strength athlete. The sensational middleweight Kim gives ample evidence of his devotion to the DKB in the superb development of his thighs. He uses sets of reps from a weight of 250 odd pounds right up to 350 in 10 reps for each set. The others in the Korean team use a like system. In the , there is scarcely a lifter of note who does not use the Squat. Think of ANY outstanding champion, and it is a safe bet that the deep knee bend is part and parcel of his workout.

Johnny Davis has ALWAYS included this exercise in whatever schedule he used. No matter if he trained to improve his press, snatch, or clean and jerk, the good old squat always finished up his workout. Recent workouts have seen performing 3 sets of 10 reps with 450 lbs. Louis Abele was another sensational lifter who depended a great deal on the deep knee bend to supplement his incredible power. Stan Stanczyk, Pete George, Jim Bradford, Joe Pitman and Frank Spellman are devotees of this wonderful and RAPID path to GREATER POWER. It is, indeed, a FOUNDATION OF STRENGTH.

While this article is written primarily for Olympic lifters, the bodybuilder too can use the squat to improve his thigh and body strength. The important thing to remember is that the two divisions of exercisers are working for different qualities of POWER. The lifter will naturally tend to fewer reps and heavier poundage. The bodybuilder looks for more reps with a lighter poundage. Another CARDINAL POINT is that the deep knee bend is no more than an AID. It comes within the category of ASSISTANCE EXERCISES. Efficiency and improvement in the Olympic lifts come only with the practice of those lifts. The exercise has many variations, the chief of these being: Deep Knee Bend, Parallel Squats, Half Squats, and Shoulder (front) Squats.

First we will take the correct position for squatting. I have had countless numbers of fellows come up to me and tell me that it was impossible for them to keep balance while deep knee bending. It took less than 30 seconds to convince them otherwise. ANYONE can squat safely if they remember the following points: Keep the legs well astride. Keep the toes POINTED slightly OUTWARDS. Lean FORWARD slightly from the hips. KEEP THE BACK FLAT. NEVER LOOK DOWN. ALWAYS PRESS THE BACK OF THE NECK AGAINST THE BAR. When you commence to squat, simply take a deep breath, and then, remembering all the foregoing advice, drop under the bar and recover AT ONCE. NEVER stay down before recovering. If the exerciser maintains the above positions, he will have no fear of hitting rock bottom in the squat and failing to recover from that low position – this of course providing the weight he is using is chosen wisely within his power. For the Olympic lifter, the reps should be performed as rapidly as possible, with little pause between the squats. 5 to 8 reps is sufficient before an increase of weight. The exerciser – the bodybuilder – can use from 10 to 15 or 20 reps, and like the lifter, can use up to 3 or 4 sets.

Parallel squats have come more into favor during the last year. This type of squat has been popularized in by Kim Voyages and Val Pasqua, and outside of by Larry Barnholth, director of the of Modern Weightlifting. It has been used successfully by many of his pupils, including Pete George, world lightweight champ. Here again, the exercise had been subdivided. The famous bodybuilders, Pasqua and Voyages, used the parallel squat as follows. The weight is taken on the shoulders and the lifter squats until the upper thighs are level or PARALLEL to the floor. The muscles are not allowed to relax, and as soon as the parallel position is reached, a muscular rebound is made and a return to the original position with subsequent reps to follow. High numbers of reps are performed. Voyages has made 50 reps with 300 pounds.

The Barnholth method is strictly for lifters. The exerciser takes the weight in the usual manner, across the back of the shoulders, and SITS on a small BOX or chair so that the thighs are level or parallel with the floor. He stands up from the box and then either returns to a sitting position and repeats or else stands upright and returns to that position using the box only to ensure that he does not go below the parallel position. The great advantage of this form of the deep knee bend is that it is very effective in developing a powerful jerk. In jerking a weight, the lifter must make certain that he does not dip too low or too fast. Squatting from a box ensures that the lifter develops strength well within the range of muscular contraction encountered in jerking a weight from the shoulders. It also develops a CONTROLLED force in jerking. One of the most common faults a lifter makes is dipping TOO LOW, in which case he fails to get the maximum force behind the weight, or else he dips TOO FAST, in which case the weight tends to leave the shoulders and the lifter meets the bar coming down as he is coming up – result – NO LIFT.

The half squat is another variation of the DKB. Again this form of exercise can be done from a box or without. In this instance, because the weight is heavier and therefore the degree of control over the weight by the exerciser is less, I STRONGLY URGE THE LIFTER TO USE A BOX and thus ensure that it is impossible for him to squat below a certain level. Catchers are also needed because of the danger of FALLING or TILTING BACKWARDS. The weights which can be used are very impressive. Any lifter or exerciser with a year’s experience should quickly be using 400 lbs. and UP. Six and seven hundred lbs. for a number of reps will not be considered unusual. The chief advantage of this excellent movement is that it gets the lifter used to handling extremely heavy poundages. It develops TENDON strength and it is a good PSYCHOLOGICAL exercise inasmuch as it develops a “contempt” for lighter poundages.

The final exercise in the deep knee bend family is the Shoulder or Front Squat. The weight is held across the front of the shoulders as if preparing for the jerk. This is where deep knee bend stands come in very useful. The weight can be lifted from these stands and returned to them between each rep. Again a very heavy poundage can be used with great benefit to the lifter. By gradually increasing the distance or depth of the dip, the exerciser will be able to develop a powerful jerk, and the stress occasioned by supporting the weight across the shoulders can also lead to an increase in pressing power. The lifter’s former limit presses will feel lighter where they formerly felt like they were NAILED there. In using this method of squatting, it will be found best to get the weight WELL ACROSS THE CLAVICLES, at the same time tilting the ELBOWS WELL UP and pointing them STRAIGHT FORWARD. This ensures a strong, firm position, with little or not danger of dropping the weight. Again I would stress the need for catchers. Here, a high number of reps can be used by BOTH bodybuilders AND lifters, and a great poundage can be used when resetting the bar on stands between reps. Up to 20-25 reps for two or three sets.