The Foundation Of Power - Steve Stanko 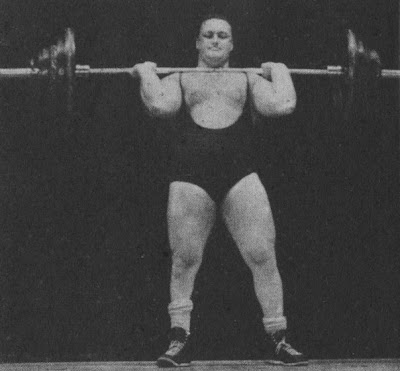 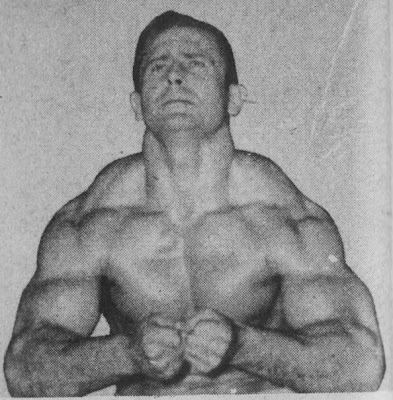 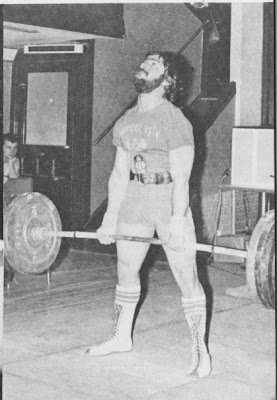 The Foundation of Power
by Steve Stanko

Since powerlifting contests are gaining in favor with most bodybuilders and retired weightlifters, competition is becoming keener with each championship. As a result the competing powerlifters are more anxious than ever to increase their overall power, especially in the back area.

From the lifts included in powerlift meets it can be seen that great demands are placed upon the back, especially in such lifts as the squat and deadlift. The powerlifter who hopes to hoist a respectable weight in any of these lifts knows that he must take certain measures to strengthen those powerful, cable-like erector muscles that run along each side of the spine on the back. Though these muscles respond readily to exercise, they are apt to rebel when they are overtaxed. On the other hand, ample resistance of progressive nature should be provided to impart strong contraction to this region without overburdening them to the point of fatigue. If such a power training routine is followed, good results are certain to be accrued.

There are, of course, various types of exercises that work and influence strength and development of the back. Such exercises as the Hyperextension and the Bendover are all excellent movements that provide the erector muscles with adequate exercise. Of course, the deadlift movement itself is one of the best to gain power in the loins, and this includes the stiff leg variety as well as the regular deadlift.

The regular deadlift is the one exercise in which more weight can be handled than in any other back exercise. However, before any attempt is made to hoist a heavy poundage, some warmup should be done. For this you can either use the stiff leg variety, doing 8 to 12 repetitions with 100 lbs. or so, or you can include such back exercises as the bendover or the hyperextension movement, or even a few power cleans to activate the back and hip muscles. Do 1 to 2 sets or until the back feels natural and loose before you impose greater stress upon it.

I remember some years ago when I started to handle heavy weights I found it necessary to include some back work occasionally to increase my back power. I found deadlifting the best exercise for this purpose. On several occasions I lifted around 675 and more as part of my workout, which was after I finished doing some heavy lifting. I know I could have done more had I deadlifted before my workout, but at that time I was primarily interested in improving my quick lifts and felt that by increasing my back power, plus all the lifting I was doing, my quick lifts would also increase . . . and they did. But since powerlifters are only interested in developing greater power in their backs, they can make use of the deadlift to a greater degree.

I remember, too, that many of the top lifters in the 40’s included the deadlift in their workouts occasionally and some of these lifters were capable of hoisting some real heavy weights. Yet none of them were interested in seeing how much they could actually deadlift, but only did the exercise to increase their back power for lifting.

Naturally all forms of cleaning with either one or two hands is also a good back exercise, as are snatching and swinging movements, again, one or two handed. The high-deadlift (or high-pull) is another fine back developer that also adds speed. So powerlifters have a large variety of exercises to choose from, but always warmup first before trying any heavy deadlifts. Even touching your toes with the fingertips will limber the back. But better yet, try a few stiff leg deadlifts or bendovers and that should prepare the back for heavier work.

Once your back has been thoroughly warmed up, take about 50% of your best deadlift and do 8 to 10 reps with it. Increase the weight by 50 lbs. more and do 5 or 6 reps. Continue to add weight in 20 lb. jumps while doing 3 to 5 reps. Then as you approach your limit, do 1 to 3 repetitions, eventually finishing with 3 to 5 single attempts with a weight that should be close to your limit. Occasionally try to surpass your limit by loading the bar 5 or 10 lbs. more than you ever lifted.

Follow such a program again only after you feel completely recuperated from the last deadlifting session. At times, after you have completed your deadlifting, you may want to reduce the weight of the bar by 50 or 75 lbs. and do about 5 more reps with this lighter weight to get more flexibility. Other times you can finish off with a few power cleans. But whatever you do, avoid straining beyond your capabilities while still giving your back a good workout and it will get much stronger.