First off, here are a few other neck training articles:

And here's a great neck training idea from Terry Strand (Thanks Much, Terry!) : 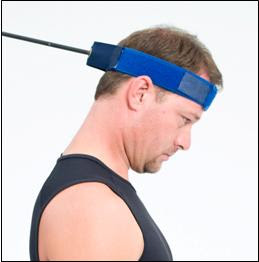 Buy a 16" INNER TUBE from any bicycle store for about ten bucks. It will outlast you. Or take one hanging from a nail in your garage, like I did. You can use up to a 20" tube.
You must go light to start with 2 warmup sets. I use no more than 4 plates on my Cable Crossover stack. Do reps, not max weights which will really screw you up. 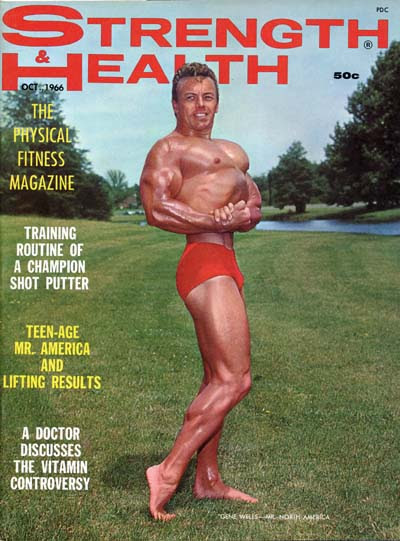 There was once a young man named Franky Mendel who lived with his parents and trained with weights in a little gym he'd fixed up in his basement. Franky'd been training about two years. He'd started with a build like a xylophone standing on end, but the transformation had been nothing short of miraculous.

Franky was the subject of much envy at the college he attended. Half the student body, who knew nothing at all about weight training, were doing frantic pushups in their bedrooms, cursing Franky through clenched teeth, and wondering why in the heck they didn't look as good. Some of them, tired of seeing the glazed look in their girlfriends' eyes whenever Franky ambled by, would occasionally stop him and respectfully inquire as to his physical attributes.

Now, Franky knew a good thing when he had on going. He figured the less people who looked like weight lifters, the better it was for those who did. So, whenever he was asked, Franky would pop a protein tablet in his mouth, drape a meaty arm across he shoulders of his nearest interrogator, who usually crumbled under the strain, and murmur, "Gentlemen, I owe it all to my father."

Actually, this came as something of a revelation to anyone who knew Franky's father. The senior Mr. Mendel was not what you would call an athlete in the generally accepted sense of the term. Indeed, the only sport he indulged in with any degree of regularity was breaking up the furniture six nights a week at the corner tavern. He was built along the generous lines of a Sumo wrestler, with a thick growth of hair from the neck down, a cultivated taste for bottled stimulation, and a nose the approximate size and color of a Macintosh apple.

Franky's actual introduction to weight training was triggered one quiet Sunday morning when his father staggered into the kitchen in his underwear shorts and scornfully observed to Mrs. Mendel that their scrawny offspring was scarcely a credit to the male members of the Mendel line, all of whom, it seem, were noted for their physical magnificence and sterling character.

Mrs. Mendel, waving an iron frying pan under Mr. Mendel's nose to emphasize her points, launched into a lengthy tirade regarding the qualities of the Mendel clan in general, Mr. Mendel in particular, and summarized, with devastating logic, that since Mr. Mendel's gene structure was fout-fifth's grain alcohol, he could scarcely expect her to bring forth blooming gladiators.

Mr. Mendel, in turn, drew himself to his full height and announced in a voice like a naval broadside that he was sick and tired of dragging around a skinny lad who looked like a plucked sparrow and he just didn't feel at home about it.

Now, Franky's personal opinion was that his father would have looked more at home dragging around a stalk of bananas, but he knew better than to say it, so that night he took the money he was saving for an electric guitar, ordered a set of weights, and launched himself on the road to strength and health.

Two years later, Franky found himself with twice his previous size, about eight times more strength, and a problem. He decided to do something about the problem. So he took a shower one day, put on his tightest T-shirt, gave his arms a quick pump, and went downtown to talk to a man he knew who owned a commercial gym.

The gym owner was eating lunch and reading an old Playboy when Franky got there. he slipped the Playboy under a stack of Strength & Health magazines and greeted Franky around a mouthful of cheese sandwich. "Franky, my boy," he said. "Just kick this junk off that chair there."

Franky picked up three running shoes and an athletic supporter off the chair and sat down.

"Have a sandwich," the gym owner said.

Franky took one. "What are they?"

"She is," the gym owner agreed. "The very flower of American womanhood." He took another sandwich. "I bought these at the delicatessen. The old lady was still in bed when I left this morning."

"You could say that." The gym owner bit off half his sandwich. "She's been laying there since last Thursday."

Franky thought about it for a moment and then gave up.

"Tell my, Franky," the gym owner said, "you still on the bulk and power bit?"

The gym owner cocked his head to one side and inspected him pleasantly. "You're looking real good Franky. If they ever hold a horse show here, you'll sweep the Clydesdale class."

The gym owner ate the rest of his sandwich while he thought about it. "Well, Franky," he said. "If it doesn't involve money, maybe I can help."

"It's not money," Franky said. "It's my training. I think I'm getting lopsided."

"Lopsided?" the gym owner said. "Franky, you been into your old man's cough medicine?"

"No, no," Franky said. "I don't really mean lopsided. But you see," he reached over and accepted another sandwich, "I been on this bulk and power thing for a while now, and the large muscle groups are getting a bit ahead of the rest of me. I'm getting good size all over, but my thighs, back, and chest are getting too big for good proportions."

The gym owner grinned. "The big muscle groups aren't too big, Franky. The little ones are too small. They haven't been getting enough work so far."

"So what do I do about it?" Franky asked. "I don't want to quit the bulk and power stuff."

"You don't have to" said the gym owner. "It'd be a mistake if you did." He shoved his chair back and put his feet up on the desk. "Actually, Franky, you're lucky. You're ready to start bringing the smaller muscle groups into line, and they come up fast and easy. With the foundation you've got now, you'll almost be able to see them grow.'

"Easy," said the gym owner. "You spend two days a week on the bulk and power work. That guarantees that you keep improving all over. Then you spend two or three days a week specializing on one other muscle group. You'll flip at how fast you gain."

The gym owner dug a pencil and scratch pad out of the desk drawer. "I'll write it down for you." He thought for a moment. "On Tuesdays and Fridays do this workout."

"Now," he said. "You know how to do all the exercises. On each of them, except the extensions and pullovers, use a moderate weight for your first set, a heavier weight for the second set, and your maximum weight for the third set. Then drop 10 pounds each for the fourth and fifth sets.

"Use a moderate weight for your first set of extensions, your best weight for the second set, and drip it 10 pounds for the third set. Use a real light weight for the pullovers, and alternate them with the squats."

'Work hard on all the exercises. Use all the weight you can. You gotta keep pushing the poundage up if you want big gains.

"Now," the gym owner said, "you can start bringing the smaller groups into line. I'd suggest we start with your neck.

"Why the neck?" said Franky.

"For several reasons," said the gym owner. "First of all, it's the one section of your body that's always exposed. But more important, it's the fastest growing section of all. You can bring your neck up in no time and get it over with. Then you don't have to worry about it again.

"Now," he said. "Work your neck at least two days a week. Mondays and Thursdays. If you really want to build it fast, then work it again on Saturdays, too."

"Figure on spending half an hour to an hour on your neck each time you work it. Pump it up all you can.

"Start out with shrugs. Lift your shoulders way up around our ears and then let them drop down all the way. Use a reverse grip and alternate your grip each set. Get up over 300 pounds as quickly as you can and do 5 sets of 12 reps.

"Shrugs will bulk up the big trapezius muscles and give you a nice tie-in to the neck.

"Next, alternate the following two exercises for 5 sets of 10 reps each.

"Start with the wrestler's bridge. You might find it pulls your hair a bit. If you can get hold of a tight fitting toque, wear it while you're doing the bridges.

"There's no point making it any more uncomfortable than it already is.

"Make sure you do the work with your neck. Don't just push-up with your legs and rock back and forth on the top of your head. Lower right down till your shoulders touch the ground, and then lever your body back up again.

"Work up to using extra weight as fast as you can. Hold the weight across your chest and brace your legs well apart for balance.

"After each set of bridges, do the following. Lay face up on a flat bench with your head sticking over the end. Hold a weight on your forehead and raise your head up and down. Let your head roll back as far as it'll go, and then raise it up till the muscles cramp on the front of your neck.

"Put padding on your forehead. Hold the weight in position with your hands, but don't use them to lift it. Make your neck do all the work.

"Rest for a couple of minutes after you finish those two exercises, and then stick on your head strap. Hook it to your pulley machine, and stand so that the pull is sideways on your neck. Roll your head down sideways like you were trying to touch your shoulders with your ear, and hold that position for a split second. Let your head go back up again, and repeat for 12 reps. Alternate both sides of your neck for 5 sets each.

"Finally, do the exercise for the back of your neck with the head strap. Brace your hands on your knees, keep your body bent forward, don't move anything but your head. Do 5 sets of 8 reps.

"Now, if you have time, finish off with resistance work. Use a moderate pressure with your hands and concentrate on pumping. You should be able to pump up your neck a good inch or so."

The gym owner folded the paper and handed it to Franky. "How does that grab 'ya?"

Franky thanked him very politely and walked to the door. He took a deep breath, spread his lats, and marched out on to the street.

The gym owner watched him go, and then reached under the stack of Strength & Health, pulled out the Playboy, and put his feet back up on the desk.