From Avocation to Vocation - Jan Dellinger (2016) 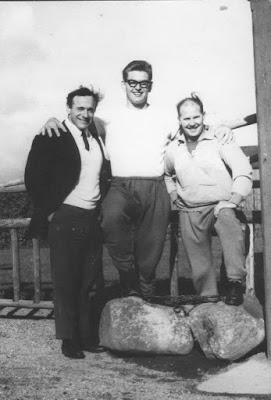 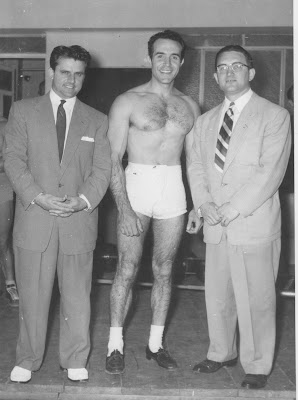 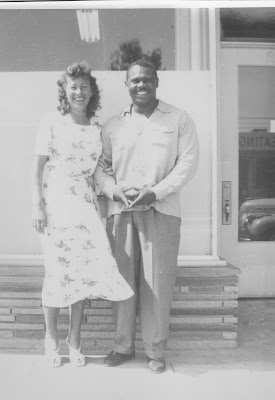 From Avocation to Vocation
by Jan Dellinger (November 2016)


As he was embarking on a campaign of York magazine nostalgia, Dale Credico, the operator of this fine Tight Tan Slacks of Deszo Ban blog, inquired as to how I came to work for York Barbell and their publications. Here is the short version of this narrative.

Except for when I went to college, I have spent my life living, working and playing around the York, Pennsylvania area. However, the York Barbell Company was not my initial influence for getting into barbells; that distinction belongs to famed pro wrestler Bruno Sammartino, who I watched/idolized from junior high school age and beyond. It was an ad for his bodybuilding course in the back of a wrestling magazine which led me to any thoughts of weight training.

Around my freshman year of high school I stumbled on to the York magazines and began reading them earnestly. Naturally, I attended a number of the Olympic lifting and powerlifting contests they staged in our area, and very occasionally went to the gym on Ridge avenue to watch lifters train, or purchase a few more plates. Of course, actually working there was a dream beyond comprehension to a high school kid.

Fast forward several years, I had been to college to pursue communications and was working at the local Stauffer Biscuit cookie manufacturer but would slip down to the snack bar of The Barbell every other Wednesday on my lunch break for a Hi-Proteen shake at their snack bar.

Why the every other Wednesday routine? Like a lot of things at York Barbell, the snack bar had its own uniqueness. I doubt there are very many snack bars which close during the lunch hour, but York's did. The lady who worked the bar (Nora Spangler) lived directly across Ridge Avenue and would go home to consume her lunch daily from noon to 12:30. So, the snack bar was closed during my lunch hour with the exception of every other Wednesday.

On those special days, and for some reason I never quite figured out, one of Bob's former "liaisons" would man the snack bar all day, and she did not close down during lunch. Suffice it to say that I came to learn that York Barbell had quite a few unique dimensions about it.

Pardon me if this sounds indelicate, but it is truthful and does add to the tale. This former Hoffman "squeeze" had a nickname among some of the original York Gang -- Radar Nose! One day I trekked to the snack bar, she was behind the counter conducting a talent search for journalists. When Gord Venables passed away, the normal three-person magazine staff at York was down a man and scuffling to keep up with the monthly deadlines. A temporary fix was found when Mark Cameron the Olympic lifter wanted to train at York for most of the year prior to the 1976 Olympic Games. So, for parts of 1975 and '76, he helped out on the magazines, giving him a paycheck and focused time on his training.

Of course, when Mark left for the Games and then back to college thereafter, York was playing short-handed again. Hence, Radar Nose decided to take it upon herself to play unofficial personnel director.

Nose was telling me all of this side story and I responded that there were tons of guys out there who had some journalistic training, casually remarking that I was one of them. To which she replied, "You do! I'll tell Grimek!"

Figuring nothing would come of her remark, I went back to work at the cookie factory. Remarkably, though, as I walked through the front door of York Barbell two Wednesdays later, she spotted me and announced, "Grimek is looking for you!"

One thing led to another, and a couple days later I talked to JCG on the phone. He invited me to the office for a face-to-face meeting, which was the epitome of a quick interview. Basically, he asked me where I went to school; I told him, whereupon he handed me a ream of typing paper (literally) and a stack of original Bob Hoffman manuscripts and said to me, "Go home and see if you can make something of this stuff. Call me when you get done. Then come back and I'll look it over."

Allow me to say this about the original Hoffman manuscript: It was, among other things, the epitome of redundant. Also, he essentially stopped writing anything new, even for S&H and that would be the roundup from major national and international lifting events, much past 1960. And those were heavily edited.

Having read Bob's published editorials and articles from the 1930s when he was younger and on fire for lifting, and seen his original manuscripts from even back in those days, there was a lot of re-write going on. I suspect that Gord Venables did it initially, but the job of BoHo ghost writer seemingly fell to the associate editor of S&H, which would have included over time Jim Murray, Bob Hasse, Bob Karpinski, probably Mark Cameron and, finally, myself.

Back to my early interactions with Grimek, he read my first BoHo re-write, said I was okay as far as he was concerned, and, "Now you have to talk to Terpak" who was the company's general manager. So, that interview was scheduled.

My face-to-face with him was going as you might anticipate with his explaining what the expectations for the job were and those kinds of things when the interview took what I considered a curious turn: After telling me that I would be sharing an office with Grimek, Terpak sort of conspicuously panned his eyes around his office as if searching for the right thing to say!

Somewhat abruptly he asked me, "How well do you know Grimek?" I responded that I certainly had read of his achievements and was aware that he was an admired Iron Game figure. Searching again for the proper phraseology without leaving the wrong impression, Terpak whiffed on that mission when he finally came up with, "Well, just keep in mind that Grimek's bark is a lot worse than his bite."

Okay, I wasn't quite sure what to think. Was Terpak telling me that my next boss was a tyrant, a maniac, an ego freak or otherwise off-the-wall?

As I came to learn firsthand, Grimek was none of the above. In fact, Grimek extended some very kindly gestures to the "new guy" in his office. And over time as we bonded a little more -- bear in mind that when I began sharing an office with him, I was a 25-year-old nobody and he was the 66-year-old Living Legend of Bodybuilding -- as you might imagine, he afforded me a historical treasure chest of his experiences, insights, anecdotes and personal observations. It was, needless to say, a priceless education.

By the way, don't think too unkindly of Terpak, or that he and Grimek did not get along. They did. My impression in retrospect was that Terpak wasn't sure how I would take to Grimek, considering our age difference and the fact that he felt that by his standards Grimek could come off as a little "rough around the edges."

There you have it! That is how I got my foot in the door at York Barbell Company and John Grimek's office.

Having said the aforementioned, I would like to add this addendum: After leaving York Barbell and moving on to the staff of a local high school, I was asked by a co-worker who was aware of the one-time prominence of "The Strongest Name in Fitness" if I was there for the glory days or the decline. Chronologically, I would technically have to say it was the latter. However, as I reflect on all of the extraordinary experiences and people to which this Iron Bug was exposed because he worked there, I have great difficulty associating the word "decline" with the stellar memories I possess.

Think about it! Thanks to Terpak I was introduced to great names from Olympic lifting like John Davis and Chuck Vinci among others; also thanks to Terpak I got to experience the behind-the-scenes inner workings of network TV covering an Olympic Trials, the World's Strongest Man contests and a World Weightlifting Championships.

Thanks to John Grimek I got to meet numerous names of note from the muscle magazines of a couple of different generations. But my strongest memory of Grimek, aside from watching him work out at an advanced age, revolves around the endless supply of astonishing anecdotal reminiscences of Iron Game people, places and events he dispensed daily.

Thanks to Terpak and Ken Patera, I got a firsthand lesson in how professional wrestling can be staged and choreographed . . . along with post match access to a WWF locker room in the late 1970s. And speaking of wrestling, because I was the editor of "Muscular Development" I got invited to a grand opening of The Gym (name of the establishment) in Minneapolis which was owned by the renowned Road Warriors.

And in summation, because I was given the chance to represent the York Barbell Company at major national trade shows, commercial equipment shows, football clinics and strength & conditioning shows, I was positioned to occasionally hob nob with well known athletes from mainstream sports.

And then there were other kinds of participatory experiences such as judging physique contests for Dave Mayor, who was another out-of-this world raconteur. Or actually being majorly involved in staging a national physique contest (1982, AAU Jr Mr. America), as well as a much bigger than expected powerlifting contest in the actual York Gym. That generally enumerates my personal highlight reel.

Whether you believe in Divine Province of Dame Fortune, I can attest that one can live out a seemingly rich fantasy life if he is standing in the right place at the right time.