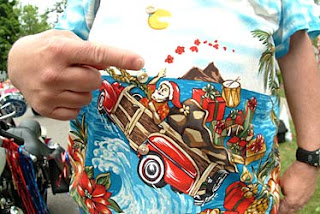 When you get right down to it, there are three major goals in Olympic Weightlifting:

Once you learn the positions and movements of the Oly lifts, you can reduce your concentration to:

Loose arms/shoulders forward of the bar. Tension in the lower and middle back. Plan to use Strong Legs - then strongly lift the bar close to your legs, hips and torso, you hips and shoulders getting under that bar as you STAND UP! QUICK HANDS!

When addressing the bar, no matter what the weight, you must visualize the positions listed below, then lift that bar high along your body.

Snatch:
You see yourself vertical under the bar, arms locked and standing on straight legs.

Clean:
You see yourself standing tall and erect with the bar solidly at your shoulders.

Jerk:
You see yourself with the bar on locked arms overhead, standing solidly upright.

Previously I was in Hawaii with Roy Hilligenn for 2 weeks in 1953 for exhibition purposes (fresh out of military service) and wore Hawaiian shirts since then. I believe when I made the trip to Moscow and the tour around the world in 1955 (was in India) for the State Department (Lebanon, Egypt, Iran, Iraq, Afghanistan, India and Burma) I wore Hawaiian (aloha) shirts. I liked the casualness of the loose shirt on me. Maybe this identified me as being "Hawaiian".

Believe it or not in 1955 I made four major trips:

1.) Pan Am Games in Mexico City.
2.) USSR (match in Leningrad and Moscow) and to Egypt, Lebanon and Iran for the State Dept.
3.) Munich World Championship.
4.) Picked up where we left off of the State Dept. tour for Iraq, Afghanistan, India and Burma.

For #3 and #4 I was living in Hawaii so I continued on from Burma to Hawaii while the rest of the group returned by way of NY.

My work for the State of California did not allow me to make for many trips in 1955 (unlike today's employers) so I had to actually resign from my job . . . but they would old my position open so I could re-enter the system. The Pan Am, USSR and the first part of the Mid East tour I operated out of Sacramento, but by the time of the World Championships I had resigned and moved to Hawaii.

I sometimes wonder if today's champions could stand such a pace. I broke the World Records at Pan Am Games and in Leningrad. I weighed about 174 when I left for Munich but returned from the last of the trip weighing 157.

We were "tough" in those days and not pampered like these current crop of U.S. lifters whose peak training cycle is once or twice a year . . .

These workouts are built around codewords as listed below - but be sure to read the notes at the end of the workout (because your mental attitude and concentration are very important). This workout assumes that you know in detail the proper technique of the Olympic lifts.

Speed Lifts - Concentrate on doing the lifts in perfect form, maybe exaggerate the extreme positions, start out doing the movement slowly to ensure you are in the proper extreme positions. Then practice speedy finishes from pull-up to pull-under, from jerk drive to split under. Make sure to go through all the positions of the lifts and learn to combine these into fluid movements. Above 50%, do the lifts in full speed. Do not go above 70% of maximum. Do 6 or more singles at the highest weight. Follow Clean & Jerks with 6 sets of 2 Front Squats, jerking after the first rep. Keep front squat weights light enough to get a speedy jerk after the first rep. Finish workout with 2-3 sets of 10 reps of weighted ab work.

Medium Lifts - On these we work up to no more than 85% of your best. Finish with 3 to 6 singles at this 85% maximum or less. You must use speed as you have practiced with the light lifts. Squats - alternate Front squats one workout, Back squats the next workout, to 3 medium/heavy sets, 3 reps for Fronts, 4 reps for Backs (medium heavy here means that these are tough, but you never fail to do the listed sets and reps). Finish workout with 2-3 sets of standing presses, 10 - 8 - 6 reps.

Maximum Lifts - If marked 2-cycles, work up to about 95% for single, then back to 75% and work up again. If marked max, keep adding weight set to set and if you do a PR, try more until you miss. You may keep trying as you wish. You may also decide for yourself whether or not to do 2-cycles and whether or not to try a max, and you can do both 2-cycles and max in the same workout. You must use the speed as you have practiced with the light lifts. You do both Olympic lifts on this day, as follows:

Following is the workout guideline:

Week 6 -
Back to Week 1 and run through this again - but switch Snatch and C&J days.

You can also work out with some general fitness lifts or movements if you wish.

I repeat some key rules below:

2.) Feel your full foot on the floor just before lift off.

3.) Create tension in your hip area (lower back, butt, upper thighs) just before you lift off.

4.) Maintain the angle of your back to the floor from lift off up until the bar is at upper thigh height.

5.) The finish of the pull includes 'screwing under' - your aim in doing a lift is getting it to shoulders or overhead.

I was recently talking with some lifters and came to realize again the PULLS are quite different from the full LIFTS, and pulls should be considered more for strength building. The idea when doing an Olympic lift is to get the weight to the shoulders or overhead and to stand erect in those positions. The idea in doing a pull is to attain HEIGHT and to build the power to attain height with more weight. Therefore, pulls are done for repetitions (3-5 is recommended) and lifts are done for singles.

In both lifts and pulls, attention must be given to maintaining balance which really means learning and maintaining proper TECHNIQUE. Both pulls and lifts are important ingredients of a training program. 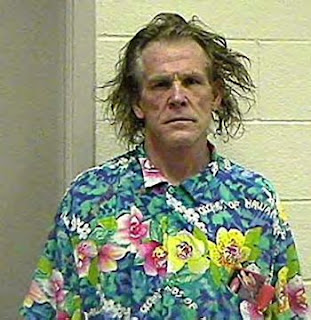