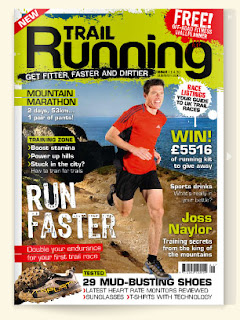 Anyone who watches a 10K run, marathon, triathlon or other endurance sports event will realize the fallacy of this belief. The top finishers in such events are invariably lean individuals. Yet these athletes train at very high intensities. Why, then, does the myth persist that exercise must be of low intensity if it is to lead to fat loss? The question might be answered by identifying the type of fuel substrate (fat vs. carbohydrate) the body uses during exercise.

During prolonged exercise at low intensity (for example, a young healthy adult walking three miles in one hour), exercising muscles derive the majority of their energy from the aerobic use of fats. However, a significant amount of carbohydrates are also being used. As exercise intensity increases, the proportional use of carbohydrates as a fuel source increases, while the proportional use of fat decreases. Hence, during high intensity exercise, the muscles are deriving more of their energy from carbohydrates than from fat. This is advantageous, since the body gets more usable energy from the oxygen in uses when it burns carbohydrates.

This seemingly simple explanation fails to consider two important factors. First, an exercise bout is a single event occurring during the day. During an average day, a person will participate in many activities and ingest quantities of various foods. The activities will draw from both the carbohydrate and fat fuel stores, while the ingested food will act to resupply both stores. Withdrawals and replenishments are continually occurring throughout the day. However, it is the balance between total calories consumed and total calories used, NOT the source of the calories used, which determines whether a person actually loses body fat. Second, while the body does indeed derive a greater percent of its energy from fat during low intensity exercise, the total amount of energy derived from fat may, in fact, be greater during high intensity exercise.

Over the course of the day, if the body burns the same amount of carbohydrates and fat as was taken in through the food ingested, then no weight is lost or gained. The fact that an exercise bout may have used a greater percentage of fat than carbohydrates during the event will not affect the overall fat stores, if there is a balance between caloric intake and caloric expenditure. If, however, over the course of the day, the body withdraws more from its stores than it deposited (burns more calories than consumed), then there well be a weight loss. Since stored energy in the body is in the form of fat, the excess energy used must have been withdrawn from the fat stores, regardless of the fuel source used during the exercise.

Consider the exercise sessions below, completed by a typical 35-year-old woman, weighing 140 pounds:

CALORIE AND SUBSTRATE USE DURING EXERCISE BOUTS

A 40-minute session of jogging will result in more calories burned and faster body fat loss than a 40-minute session of walking; however, low intensity exercise does provide other health benefits, including improved blood cholesterol, reduced hypertension and improved ability to manage stress. Additionally, low intensity exercise programs are often easier to fit into daily life and to continue over time than high intensity programs. Because of that, greater long term weight loss may occur through a low intensity program, since the exerciser is more likely to continue a low intensity program as a normal part of his or her lifestyle. For example, much more fat can be lost through six months of daily four-mile walks than through two months of daily four-mile jogs.

As discussed above, weight loss or gain is determined by the balance of caloric expenditure and intake. If weight loss is a primary goal, and low intensity exercise seems most appropriate based on lifestyle and interests, then managing caloric intake may provide an alternative method to higher intensity exercise for more rapid, safe fat loss. Several key elements described below will assist in successful management of food intake in a weight management and exercise program:

1.) The fat (or carbohydrates) burned during exercise (whether high or low intensity) will be replaced if enough calories are consumed. Consequently, an overall reduction in food intake - with special emphasis on reducing fat-rich foods owing to their high caloric counts - will assist in weight loss. A loss of one pound of body fat requires a 3,500 calorie deficit - either through additional expenditure (movement) or a reduction in food intake, or both. As discussed above, low intensity exercise does not make a large contribution to a caloric deficit. Reduction of caloric intake by up to 700 calories per day (provided total caloric intake does not fall below 1200 calories per day) may help in speeding weight loss safely.

2.) A greater volume of food, with fewer calories, can be eaten if the fat content of the food is low. For example, two cups of cooked carrots provide about 100 calories (8 grams of protein, 16 grams of carbohydrates, and 0 grams of fat), whereas one cup of potatoes fired in one tablespoon of corn oil provides approximately 235 calories (14 grams of carbohydrates, 15 grams of fat). Be eating the carrots rather than the fried potatoes, not only can a larger portion be eaten, but more vitamins and minerals are consumed.

3.) Water is an essential nutrient often overlooked by individuals interested in weight control. Low intensity exercise typically does not result in sufficient water loss through perspiration to significantly stimulate the thirst mechanism. Drinking 64 ounces of water (8 cups) each day will help maintain both proper hydration and a level of fullness that may help reduce caloric intake. Since many people choose to eat when they are actually thirsty, careful attention to fluids consumed may help reduce caloric intake.

The choice of exercise intensity in a weight-management program should be based on a clear evaluation of goals.

If, on the other hand, reduction of coronary risk factors, an improved outlook on life and socialization are significant goals, then low intensity exercise can provide these benefit (along with fat loss) as much or more than higher intensity exercise.

Individuals who choose a low intensity exercise program, yet want a more rapid weight loss than is possible with exercise alone, can increase the rate of fat loss through diet manipulation which emphasizes low-fat foods and plenty of fluids.