Back Ailments, Part One - Lloyd Garner 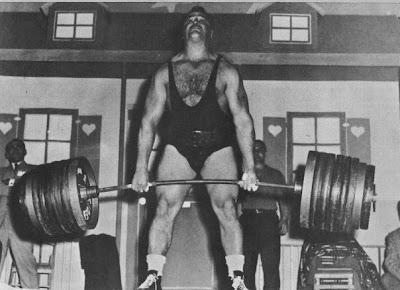 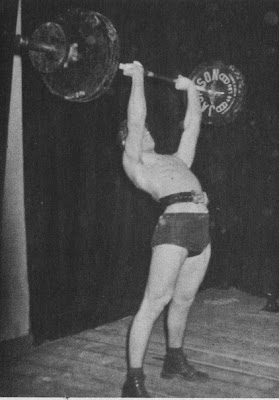 
Back Ailments, Part One

If you’re like most modern people, you probably drive to the office or plant in the morning, sit at your job most of the day, hop in your car again after work and speed home.

After dinner you slump back into an easy chair and spend most of the evening watching TV.

You walk little of the time. When you do, your posture is possibly punk. And your meals – well, you know the story.

Chances are, and I’d be willing to get on it, that such a life will bring you a batch of back troubles. Some 75% of my patients have back problems, many of these maladies resulting from the type of life I have just described.

It’s this 75% - and you – that I would like to help in a three-part series of articles, starting here and dealing with the prevention and cure of back ailments.

In this installment, I propose to deal with the common causes and effects of back complaints. In subsequent articles I will suggest specific exercises for the layman with weak back muscles, and then for the weightlifter and trainee who has injured his back through improper training.

As I indicated earlier, the common causes of back troubles are too much sitting, sloppy posture and improper living habits. In each case, the person guilty of these three is not solely responsible for his misdemeanors. He’s just a victim of today’s easier and sloppier type of life.

Who can blame him for aspiring to a job where he can sit all day and conserve his strength, where he can own a car which relieves him of walking and where he can buy a TV set which provides him with soft daily entertainment?

He’s also fallen unknowingly into the easier habit of slumping when he walks, and doesn’t realize how ridiculous he looks when his sloppy posture gives him a protruding abdomen, sunken chest and forward drooping head.

And with his busy life he doesn’t figure that missing a meal or two of substituting a quick hamburger for some nutritious “rabbit food” will do him any harm. He probably feels that he doesn’t need regular exercise which strengthens the postural muscles and relaxes him.

He thinks his coffee or the two or three drinks at lunch will relieve the tension. No, he doesn’t for a moment realize that all these habits are weakening his body, his back included, and may lead him eventually into a clinic like mine for back treatment.

At the same time, the spine is forced into an unnatural position, causing too much weight and pressure on the tailbone. And when you start to get up from this position, you may experience considerable pain.

If you were one of the 75% of my back ailment patients, you would probably hear me continually stressing the connection between the back and abdomen. They “sympathize” with each other. If you have a weak back, you have a weak abdomen and vice-versa. It is impossible to have one strong and one weak. They both are either one of the other.

In case you think sitting causes problems, let me tell you about sloppy posture. It can lead not only to back ailments but to problems in the stomach, intestines, neck, spine, legs and feet.

When your posture is poor, a chain reaction is set off. The knees are slightly bent and the pelvis tilted forward, which results on a pulling on the back of the legs. This, in turn, brings on a lordosis, or exaggerated lumbar concavity. A further development, resulting from this habit, is a forward or round-shouldered condition called a kyphosis (exaggerated dorsal convexity).

Just take a look at yourself in the mirror when you take on the posture. If you don’t resemble one of ’s apes, I miss my guess.

And in this awkward position, you’re a good bet for a splitting headache. It all starts when, with your head and shoulders drooping, you must lift your eyes to look in front of you. This cramps the posterior neck muscles, resulting in cervical tension and congestion with a headache to follow. This kypho-lordosis condition which you can avoid with scarcely any effort by improving your posture, is one of the major causes of headaches.

Pity the poor fast-growing boy, who. feeling conspicuous because he towers over his playmates, assumes this position to attract less attention.

But more than headaches can develop from this sloppy posture. Your heart and lungs are cramped, they lack sufficient space in which to function properly, and eventually heart and lung congestion result.

Other possible developments are indigestion, constipation and viseroptosis (falling of the abdominal organs) due to the weakness and subsequent sagging of the muscles holding them in place. Many of the so-called female weaknesses, such as fallen or tilted uterus, painful menstruation and difficult parturition (childbirth) often have their beginnings in bad posture.

Premature degeneration of the spinal discs, which sometimes brings on arthritis of the spine, is often a result of the lordosis we mentioned earlier. The weight of the body is not sitting on the bones of the spine as it should be when posture is proper. This promotes shortening of the lumbar muscles and congestion and pain in that area, leading eventually to spinal disc degeneration.

I said earlier that your knees and feet – seemingly a long way down from where your bad posture is most noticeable – are also affected. When the pelvis is tilted too far forward, as it is during this habit, the hamstring muscles are shortened. Straightening of the knee is then often painful and eventually can become nearly impossible.

Continued malfunctioning of the knee, in turn, affects the feet which are then not exercised properly. Herein often is the source of many of today’s common foot complaints – corns, calluses and bunions.

Good posture can be learned in one easy lesson – WALK AS TALL AS POSSIBLE AS THOUGH YOU WERE PUSHING SOMETHING UP WITH THE TOP OF YOUR HEAD.

But nothing in this old world of ours should be carried to extremes. And that goes for good posture, too. If exaggerated, it can be detrimental to your health. When the body is not relaxed, and it isn’t when posture is carried too far, tensions build up.

I spoke earlier, too, of proper living habits. You probably figure I’m whistling in the dark to relate them to back problems. But there is a direct link.

To illustrate my comment, I must again emphasize one of the most significant points in my series of articles – the major cause of back complaints is weakness in the bones, muscles and ligaments. Strengthen them and you’re off to a flying start in preventing or curing your troubles.

And proper living habits are essential in eliminating these weaknesses. Our bodies need proper and adequate nutrition and rest. Without them we can’t even start to feel well and strong physically and alert mentally. Without them our muscles degenerate and cannot support our body properly.

Take it easy on smoking. I can’t stress that strongly enough. You need every bit of oxygen you can get to give your constitution strength and the ability to carry on normal living and fight the threat of back troubles.

With this background, I will end my first article on prevention and cure of back ailments by active treatment. I will turn my thoughts in the next issue to specific exercises for the average layman. Following that, in my third and final article in this series, I will deal with treating the causes of, and the treating of injuries in bodybuilders and weightlifters.