Over the years I have read several articles on the now famous "Sissy Squats" used by the West Coast bodybuilders. Vince Gironda popularized and polished the movement until it matured into its present form.

I don't know of any leg movement that can do so much for the thigh without extremely heavy weights. My own thighs are up to 25-1/2" from the stork-like 20-inchers I had two years ago. I owe this growth  mostly to the sissy squat. Dan Mackey won numerous Best Leg awards, thanks to the sissy squat, and so did Bill McArdle, Rick Giofu and others. Dave Draper had trouble with his thighs until he threw in dome sissies at the end of his leg routine.

It is unfortunate that many trainees can't "get into it" or have back trouble in the lumbar region and can't do this valuable exercise. By the way, it'll get you a breath like a vacuum cleaner if you do them right!

Because the sissy squat is a compound movement many a low back can't take the extension and contraction involved. One day last year I sustained a low back injury doing squats and was forced to lay off thigh work for about four weeks. When I resumed thigh training I was hard-pressed to find a substitute for the sissies. They had done the most for me, but my chiropractor told me to lay off them for several months so that I wouldn't aggravate my back condition. Nothing works like the sissy squat and even though I did leg press, machine squats and hacks I didn't get the deep ache I got when doing the sissy.

I felt that some kind of machine squat was necessary to save my low back and still hit the thighs to a maximum degree. Some of the new. exotic equipment was tempting me 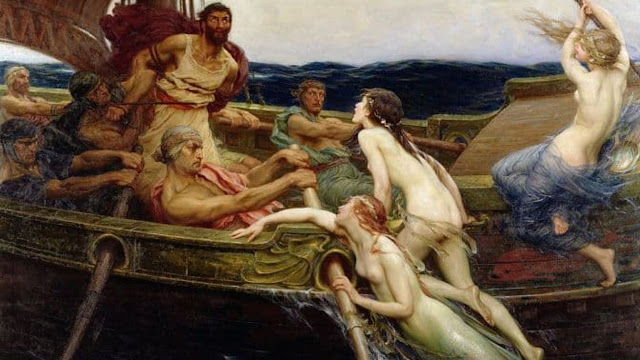 but I wanted to keep my routines in the context of true physical culture and if I was out of town [did Odysseus work on the road?] I couldn't rely on gyms having the latest super-gyro reflex Godzilla machines.

By accident I dropped into a squat under a press machine by angling forward and dropping at the knees to favor my back. The pull on my frontal thighs was amazing in this position!

With a few alterations I came up with an alternative to the sissy I call the Reverse Sissy due to its opposite movement to the regular sissy. 100 pounds felt like 200! The results are fantastic and the guys here in Ventura are going bananas with them. Try 'em after 3 or 4 sets of leg presses - WOW!

To do this movement you will need a press machine, power rack, multi-power exerciser (smith) or a good leg press. See photos above.

Place a board under the heels for several reasons:

A. It will stabilize and place more stress on the side and frontal thigh muscles.

B. In this manner you can vary the pressure more significantly from the heels to the balls of the feet (pressure points).

Note: This line regarding Sissy Squats from the previous post:
Remember as you come up to push off on your heels while pulling the front part of your foot up off the floor.

C. On the upward thrust the heel should become the focal point of pressure so that the thigh biceps and inner thigh can be activated as well as the frontal group.

Start with a light weight so that you can do 15-20 reps the first couple of sets. Add weight each set until you are only doing 8 to 10.

Get under the bar and hold onto the carriage with the toes pointed slightly outward (picture One above).

Keeping the hips tucked in forward - drop at the knees (picture Two). This will isolate the frontal thigh group something bad! From this position go right down into a squat allowing the hips to go down as they would in a regular squat (picture Three).

Now comes the clincher: thrust upward pushing the pelvic girdle out and up as you go (picture Four); dig in at the heels. Don't just push up, but thrust the hips up and in as you ascend.

If you don't get each of the three moves down, the movement as a whole will lose some of its magic. We teach it by doing 7 reps in each position separately. That is:

All without weight and braced until the movement is perfected.

You need not use heavy weights on this one. We start everyone out with only a 35 pound bar and even the big guys whimper after 3 sets of 12 to 20 reps.

When they can do the sissy properly we switch them to the machine and use heavier weights doing the REVERSE SISSY.

If done properly you will never get stale on this movement. This can be used as the basic movement for your thigh routine, or as a finisher to polish their look. It all depends on where you place it in the program and the severity with which you attack each set.