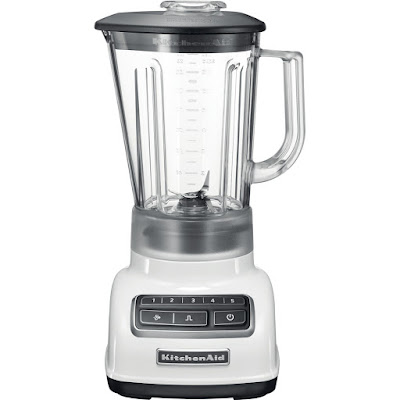 Getting bigger is right behind getting stronger for the competitive and non-competitive powerlifter. While the sport itself requires that one lift as much weight as possible in three lifts, the very thing that first attracts most men to the sport causes them to also want to be very much bigger than they are initially. for those who must fight to stay within the confines of a particular bodyweight classification, it becomes, "I want to be as big as possible at the limit of that particular class."

We all lift for many reasons.

Few become powerlifters from the first time they hoist a barbell or dumbbell. Most are attracted to weight or strength training because they want to be muscularly larger. For many, it may be the desire to be stronger, and for some, both of these attractions may pull equally.

Teenagers, especially, cannot distinguish their primary motivation, even after a year of training. They want to be stronger, but have bigger arms and chest too. Just as common is the desire for large and muscular measurements, especially in the more "showy" groups, but the spoken or unspoken need to also be stronger, at least strong enough to back up the appearance of dominant in any type of confrontation.

I believe most would admit, if pushed, that long ago when they first lifted a weight, it was not with the desire to be "State Powerlifting Champ," or "to total Elite." It was probably more in line with "I wanted to be stronger for sports," "I wanted to look better for the girls," "I wanted to make sure no one messed with me," or as one previously imprisoned local informed me, "I figured that if I could get to 275 and it was muscle, none of the cops would hassle me."

For many, all of that, or some of that evolved into powerlifting, and that became the outlet of the justification to pound away at the weights.

For most of us, it has remained a constructive outlet or hobby. A very skilled and gifted few have been even been state, national, and would champions and that, of course, is an ultimate thrill.

Still, for many, there lurks the desire, or necessity to be "big." Most lifters may not be satisfied with their totals, always wanting to do more, but they have evolved a training program, or system of training that they are comfortable with.

There are two requisites for becoming muscularly larger. The first is the stimulation of the cell machinery to grow. This is done through the process of training. Once this is accomplished, it is then necessary to provide enough calories for actual weight gain, and enough protein and other micro-nutrients to allow growth to occur.

Interestingly, and despite the claims of those who provide protein and/or amino acid supplements to the public, a great deal of protein or nitrogen is not necessary for extreme growth.

One needs enough to allow for cell repair and some additional amount for growth, but this does not, and never has translated to hundreds of grams of protein or its amino acid equivalent each per day.

Most of the college and high school football players that we deal with have a desire to gain muscular bodyweight. This is to be expected, as the game requires a certain, and at times, minimal amount of size at each level of play and/or for specific positions.

Many of these young men cannot eat enough to gain a significant amount of lean tissue mass, despite training very intensely and consistently. Some have demanding summer jobs which require the expenditure of many calories and a great deal of physical energy. This is coupled with running drills, conditioning activities, specific skill work, and of course, strength training activities.

Although I'm almost too old to remember now, youngsters of high school and college age also tend to be extremely active socially and rarely get enough sleep. Some "bounce" or have second jobs of a physical nature at night, or at least on some nights, requiring further caloric output. The dietary habits of many athletes are not close to meeting the ideal of three or four evenly spaced meals per day, or even having breakfast.

While they logically know that this impedes the weight gaining progress, they feel they must do whatever is necessary, including the sacrifice of breakfast, to balance their need for sleep with the activity level.

To many of these individuals, I have suggested that they try to "drink" more of their meals.

Many years ago, when faced with the necessity of gaining weight for football, I was "behind the eight ball" because I had always been unable to gain despite a hearty appetite. Eating significantly more food was almost out of the question. As it was, the lineman, and especially the upper classman, loved to compare my gustatory prowess to other trenchmen they had seen in action.

A typical breakfast, before I began regular weight training, could have been two sandwiches, three pieces of fruit, a quart of milk, and "something to eat on the way to school."

At the 1980 Junior Nationals, Mike Lambert and I shared a room and most of our meals together. After one dinner, Mike stared at me and said, "Do you always eat like this?" "Like this" was ten or twelve full plates at the seafood buffet presented by the hotel staff, and I wasn't even pushing. In fact, I may not have been training at the time.

The training table at school certainly provided "a lot" of food, and most of it was of high quality, but despite force feeding, with the admonishments of the coaches ringing in my ears to "Gain weight!", I stayed between my usual 148-150 throughout camp and the end of my freshman season.

However, when I began to finally "drink" a number of my meals, I began to move my weight upward. In fact, by the end of spring football practice and my return to New York for the summer, I had ballooned to a very muscular, strong, and fast 188.

Meals were still on the "hefty" side, but I supplemented regularly scheduled meals with a drink which I made in my room. Remember too that I did not have a blender nor a refrigerator. Being short on money also could have limited me if I had allowed it.

I would take pint cartons of whole milk from the cafeteria and store them in the water tank behind on of the toilets in the communal dormitory bathroom. Once the weather turned, I kept the milk on my windowsill, so refrigeration was not a problem. In a gallon bottle, I would mix one quart of milk, a half to one cup of nonfat milk powder, Nestle's Quik or other chocolate flavoring agent, an occasional egg or two (provided by the kitchen staff, most of whom were sympathetic to my plight and amused by my attempts), and a crushed banana (mashed with a fork and scraped into the mouth of the bottle). This was the basic mix. If my roommate ventured to the cafeteria which was in the basement of our dormitory, I would often ask him to bring back an ice cream pop or bar which I mashed into the bottle.

On one occasion, one of the other players bought a commercial weight gain powder and could not stand the taste. I volunteered to eat if for him, and for a while added a few spoonfuls of this to the mix. I would stuff a T-shirt into the mouth of the bottle and shake vigorously. I also would carry it up and down the hall, asking some of the other huge players to shake for a while, as I often could not get everything to blend well. I would then pour and drink.

I did this nightly, and when I was at home I would use a bowl with a hand driven egg beater. Once we got a blender, IT WAS LIKE A WHOLE NEW WORLD HAD OPENED UP.

Ace Carlton, a local athlete of some renown, also wanted to gain weight after being moved to offensive lineman at Hofstra University. He would make evening visits carrying a gallon of fruit juice or punch, a quart of peach ice cream, and a handful of fruit. This would be mixed with the nonfat milk powder which I provided. We would then sit, talk, and drink up to two quarts each of this stuff.

Presently, there are many commercially available protein and gain weight powders on the market. Some are mostly sugar or combinations of oils and sugar. All are expensive relative to nonfat milk powder which can be bought in any supermarket in this country.

I would now recommend that any powerlifter use skim or nonfat milk rather than whole milk. If they even sold skim milk when I was gaining so much weight, I wasn't even aware of it. Even though the calories are lower, one wants to limit fat intake.

If eggs are used, use the whites only, or a least follow widely accepted medical guidelines and limit yolk intake to three per week, total.

I recommend that our athletes use ice milk instead of ice cream, again to limit fat intake, and in this type of drink little is lost in taste.

Strawberries, bananas, or other fruits to taste can be blended into the mix.

Peanut butter is very strongly flavored, but will provide additional calories for those who like it.

Any type of powdered flavoring agent can be added to taste. In Chinatown, one can purchase Ovaltine that tastes a heck of a lot better than the Ovaltine sold in any U.S. market. It's imported from Hong Kong and there is a second type that is manufactured in England that also seems to taste better than ours.

One does not need to spend a lot of money on gaining supplements that are usually no more than overpriced sugar based products. it is not necessary to ingest very large amounts of protein. One needs calories that provide a balance between protein and carbohydrates with a minimal amount of added fat. This can be accomplished economically and effectively by shopping at one's local market.

Ultimately, I weighed 225-230. Although I tried all of the various commercial brands, perhaps up to a dozen protein and/or gain weight products, the basic mix of milk, nonfat milk powder, chocolate powder and fruit always served as the basis of my gain weight diet. I often had three or four drinks in addition to three or four meals and never difficulty gaining "good" bodyweight, almost at will.