For beginners the basic exercise are essential. This is the time to familiarize both the mind and body to exercise. Trying to do more advanced, complicated exercises  using unusual angles only confuses the neophyte bodybuilder. The resulting poor form abruptly halts muscle gains, with an often fatal effect on mental enthusiasm.

Basic exercises, such as barbell curls, barbell rows, chins, bench presses and others, are known for their simplicity. They serve to train a beginner's neuromuscular response, which sets the stage for fast progress. This accounts for the quick gains of beginning bodybuilders. Most of the progress is the result of this neuromuscular education.

As the bodybuilder advances, a certain amount of adaptation sets in. Once the body fully accommodates to an exercise, there's no need of facilitative changes, such as muscular growth, to continue. Now is the time for change.

This change can take one or more routes. You can add weight, thus applying new levels of stress to the muscle. If your strength level doesn't permit additional poundages, you can increase reps in the exercises. Again, the neuromuscular system senses the newly perceived stress and accommodates by muscular hypertrophy (growth).

A third option is changing exercises. No matter how advanced you become in bodybuilding, switching around exercises never fails to breathe new life into a stale routine. Some champions, such as former multi-Mr. Universe winner Bill Pearl, change around their entire training programs every six weeks. Pearl's mammoth tome "Keys to the Inner Universe," is literal evidence of Pearl's belief in exercise variety. 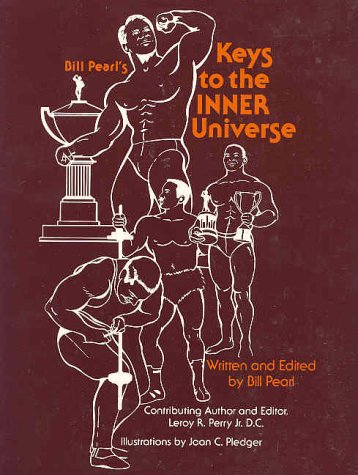 Bill Pearl and other champions change around their routines for two reasons:

1) Using a new angle or exercise works the muscle differently. The brain recruits only as many muscle fibers as necessary to complete any movement. By using varying angles and exercises, different fibers will be activated in a muscle, and more complete development will result.

Now that we understand why changing around exercises is important for continued gains, let's look at a few unusual back exercises. There exercises aren't often done by most bodybuilders, but this doesn't reflect on their value. Give them a try if you've reached a training rut. Before we get to the actual movements, let's hear from a few of the champs. 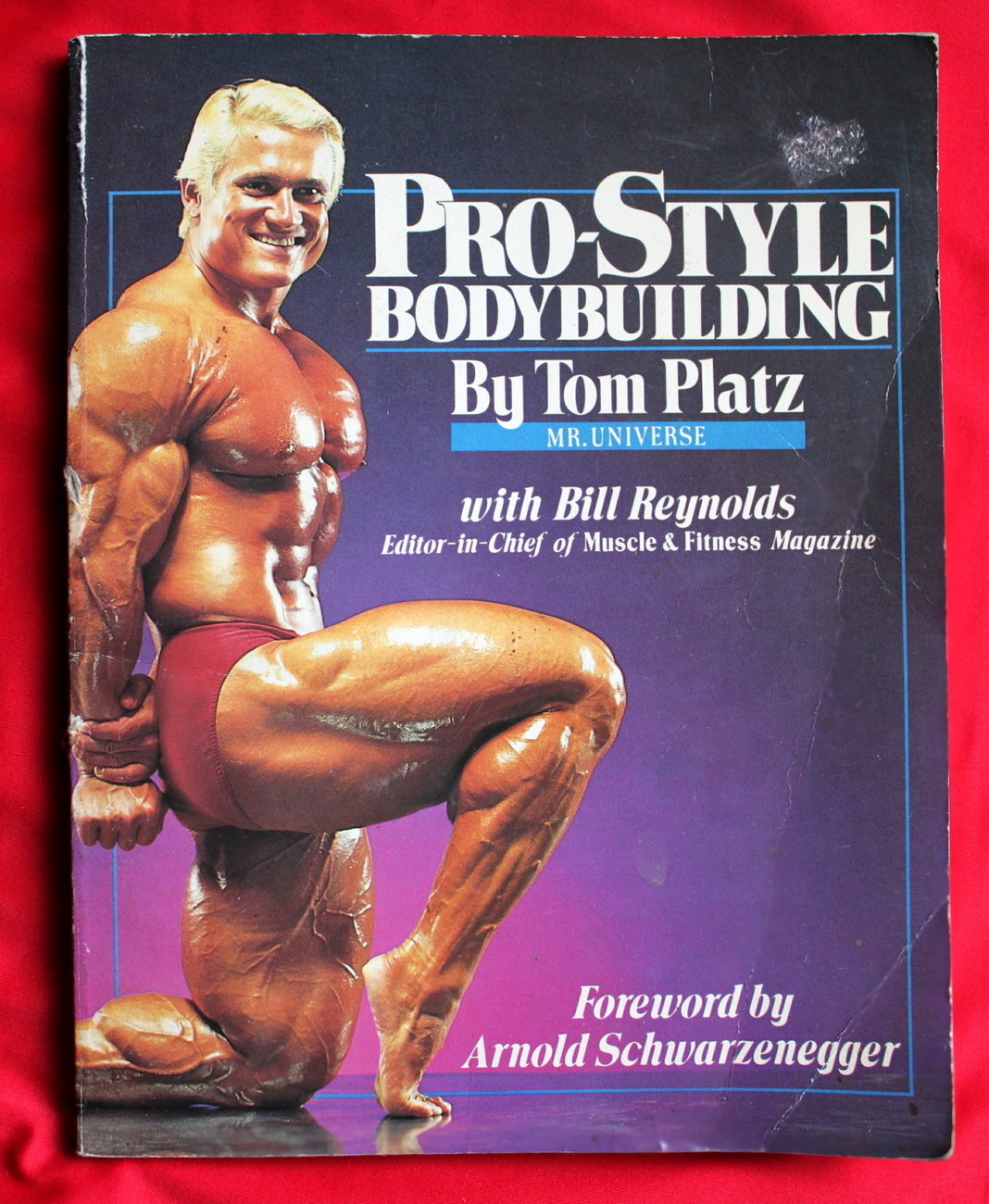 Tom Platz once remarked that he couldn't make real progress in his back training until he developed a "full sensory awareness" of each exercise [this subject is treated in great detail in the free Greg Zulak book linked above]. To do this requires a full range of exercise motion. Most of the failures in back training are due to poor form. It's all too easy to let the powerful arm or shoulder muscles take over when the back should be doing the work.

Those guilty of poor exercise form believe that because the back is such a large muscle group (second only to thighs in total mass), heavy weights must always be used. While heavy weights are essential to acquire large muscles, form must never be sacrificed for sheer weight. Just after winning the 1987 Mr. Olympia contest, Lee Haney commented on the stark difference between his back development when compared to some of the other Olympia competitors. Haney's superb, full back development is one of the major reasons the awesome one holds five Mr. Olympia titles. Yet, Lee only uses 70 lbs in one-arm dumbbell rows. "It's the form that makes a difference," said Lee. "I use full reps and make sure the back muscles do the work -- not my arms or delts."

Phil Williams has muscle on every square inch of his back. Looking at Phil's back would make you think he did lots of 400-plus pound bentover rows to get that way. Think again. Phil uses weights that belie his massive muscularity. The trick is in his form. He uses almost painfully slow exercise motion, and he doesn't stop an exercise until every muscle fiber burns in agony. Training this way doesn't permit using heavy weights.

In contrast, another top bodybuilder, often criticized for his weak back development, still insists on using heavy weights and short, incomplete movements. Apparently, this fellow hasn't deduced that the secret to a great back lies in exercise control. Control allows you to feel the muscle throughout its full range of motion. Heaving heavy weights with poor form eliminates exercise control and doesn't fully work the targeted muscles.

So, when training back, control and feel are essential to progress and full development. Yes, increase weight as you get stronger, but never sacrifice form for weight. An added bonus here is the prevention of serious back injuries. Most injuries result from poor form secondary to lack of exercise control.

Since the back muscles function by bringing the arms down in line with the torso, or out to the side away from the torso, various forms of rows, chins, and pulldowns are best. But many bodybuilders don't take advantage of the huge variety offered through variations of these three basic exercises. There's no need to lock yourself into a dull, humdrum routine lacking both progress and enthusiasm.

Here, then, are a few of the more esoteric -- but efficient -- back exercises in no particular order:

A favorite exercise of Mr. Olympia, Lee Haney, the movement is done by holding a barbell behind the back rather than in the usual frontal position. Haney favors this technique because he says it more strongly works the area where the upper trapezius ties in with the rear delts.

While performing this exercise, imagine your arms as being frozen, or stiff, and let the traps do all the work, up till the peak contraction at the top, when you can hold and squeeze strongly by bending at the elbows slightly. 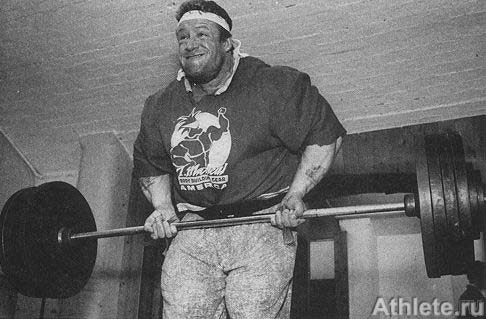 This exercise works the middle back area strongly. Usually it's the area most deficient in those with poor back development. This exercise is the cure. It's best to get a full stretch at the bottom. In the arms-extended stretch position, you start with the bar in line with your head (standing on a block or bench helps). As you bring the bar up, you arc it toward your waist. In the top contracted position try to squeeze the shoulder blades together. Hold the contracted position for three seconds then lower slowly to the start position.

For those with lower back injuries, this exercise can provide a useful alternative for working the mid-back area. It's done by lying prone (face down) on a high bench. Place a barbell under the bench, and row, bringing the bar as high as possible (a cambered bar works well here). Hold the contracted position for three seconds, then lower slowly. For upper back emphasis, bring the bar to the neck. for mid-back, raise the bar to the chest. 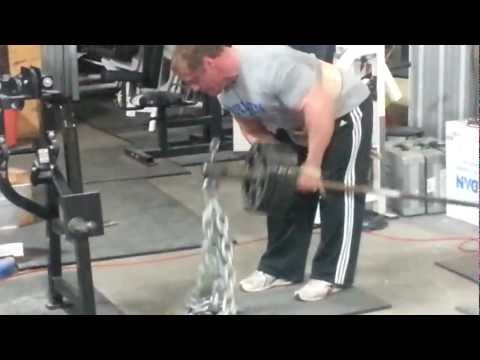 The best way to do this is in the usual rowing position. You can, however, stand to the side of the weight and row at a wide side angle. Try both variations to see which suits you best. This exercise effectively works the outside upper back and lat areas. It will help make your lat-spread pose look more impressive. As will this: Bill Pearl showed me this one about 20 years ago. It's a refreshing variation to the usual plain vanilla seated pulley rows. It feels a bit awkward at first, but once you get into the proper groove, this exercise produces a great pump. Concentrate on doing a full exercise motion, and stretch fully in the start position. Higher reps are more effective, between 12 and 15 per arm. Try doing consecutive sets, alternating arms non-stop for three to four sets. Act like your hands are hooks, and let the lats pull the weight.

The dumbbells can be raised higher.

Duplicate the usual bentover row using two dumbbells instead of a barbell. The advantage here is the increase range of motion possible by using dumbbells. You can go past where the torso (which is where the standard barbell row ends) and get a stronger muscle contraction. The increased range also brings more upper back muscle into play. This exercise is admittedly awkward compared to barbell rows, but it's good as a variation, offering some advantages over barbell rows.

Keep your hands supinated (palms facing torso) to maximize the range of movement. Keep the elbows in, close to the torso for maximum lat involvement. It's possible to do this exercise with elbows out to the sides, but this often degenerates into a sloppy bentover lateral raise movement.

This exercise looks like you're water skiing on dry land. Use a low pulley with either a rope attachment or towel through the pulley handle. Pull the weight into the lower abdominal area. Stretch in the start position, hold in the contracted position for a count of three. Standing low-pulley rows can also be done one arm at a time.

Here, you stand to the side of the pulley and row across your body rather than directly in front as in the two-hand version. Both variations are excellent, and higher reps, 12-15 work well. 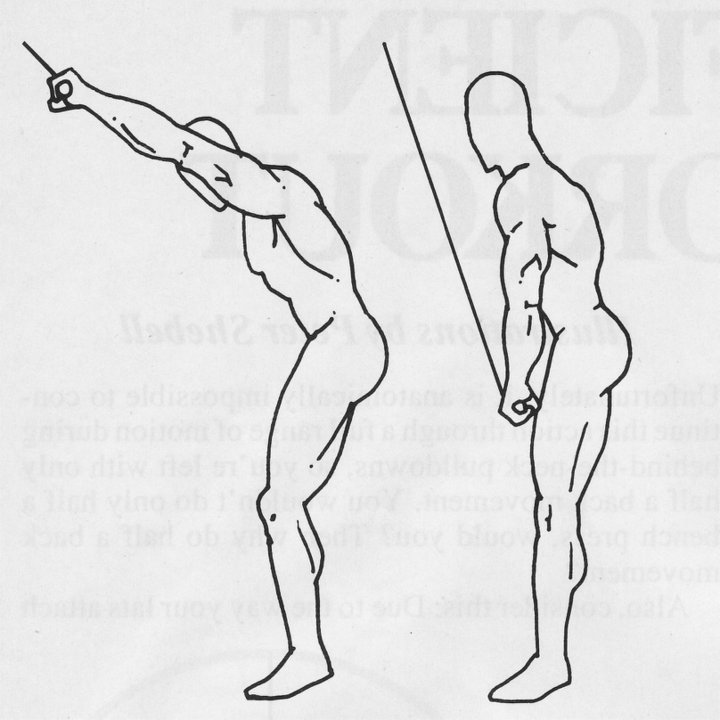 Stand in front of a high pulley and use a medium grip on the bar. With elbows slightly bent, bring the bar down in and arc to the frontal thighs. This is a very good movement for working the upper lats and serratus. It's best to use this exercise as a finishing pump movement, but it can also be used to pre-exhaust the lats first. Use reps between 12 and 20. 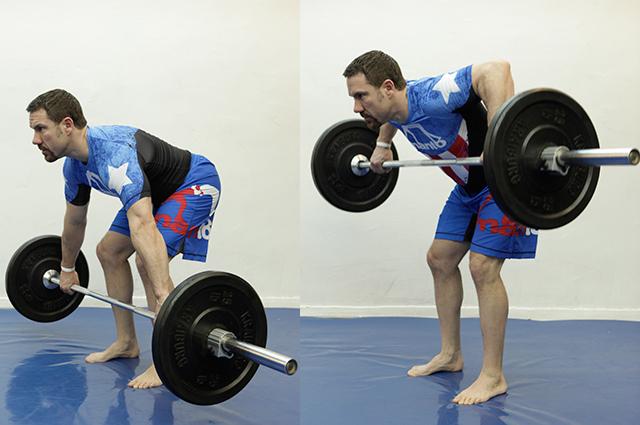 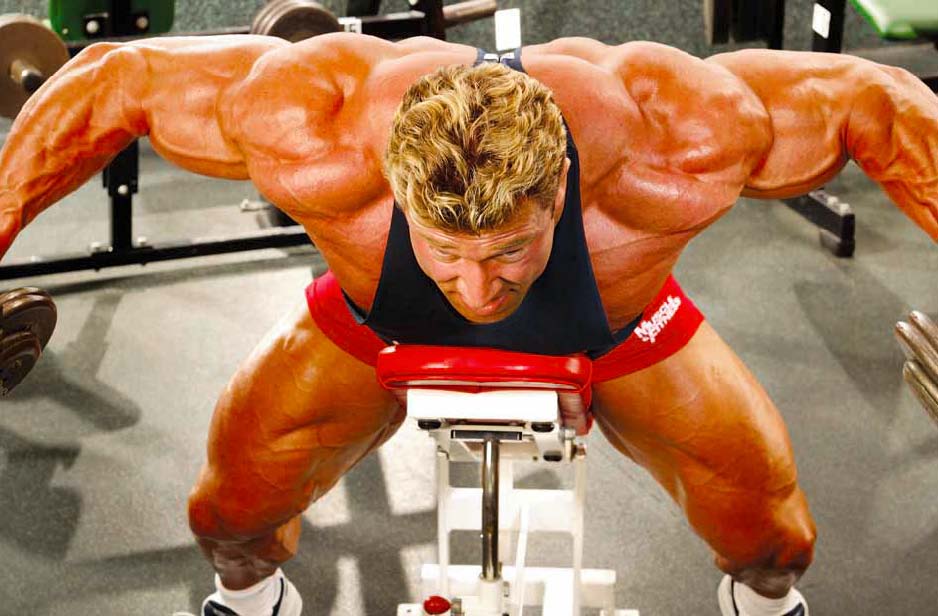 9) A Good Upper Back Superset -

This superset consists of light bentover barbell rows using a wide, collar-to-collar grip, alternated non-stop with dumbbell bentover laterals. It's important to keep the bells in line with the head for maximum upper back involvement. The weight used in this combination is secondary to using good form. You must use a weight that you can feel throughout the complete range of movement. Doing the exercises slowly, and utilizing a strong, three-second contraction in each works very well.

There you have it. A complete arsenal for back-training variety. Give these exercises a try if you've reached a rut in your back training. By using good form, including full range of motion, concentration, full extensions and strongly held contractions, you'll find your way out of any rut and into the light.