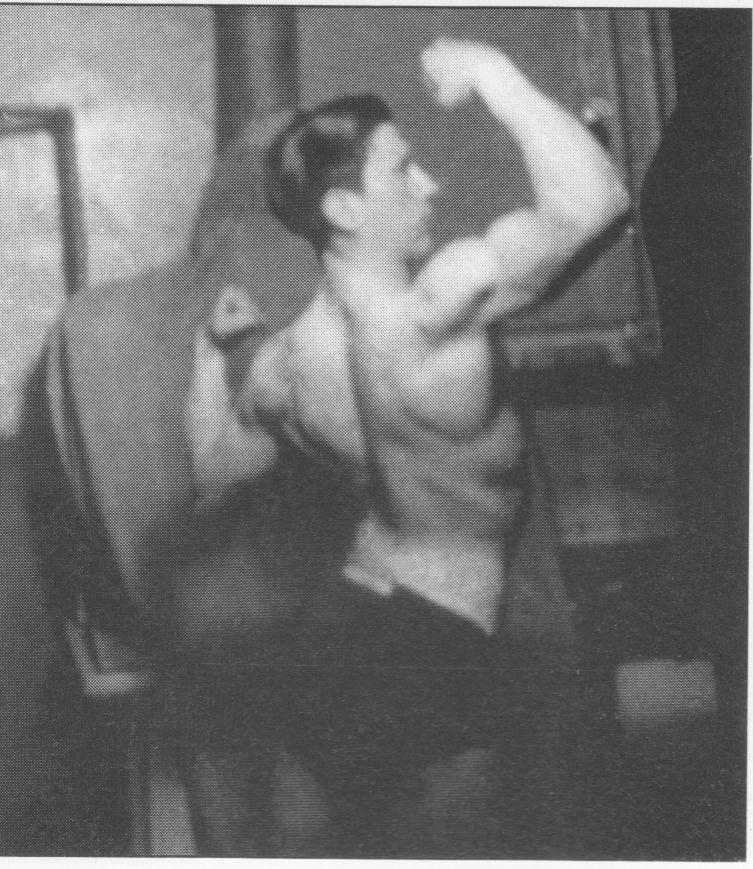 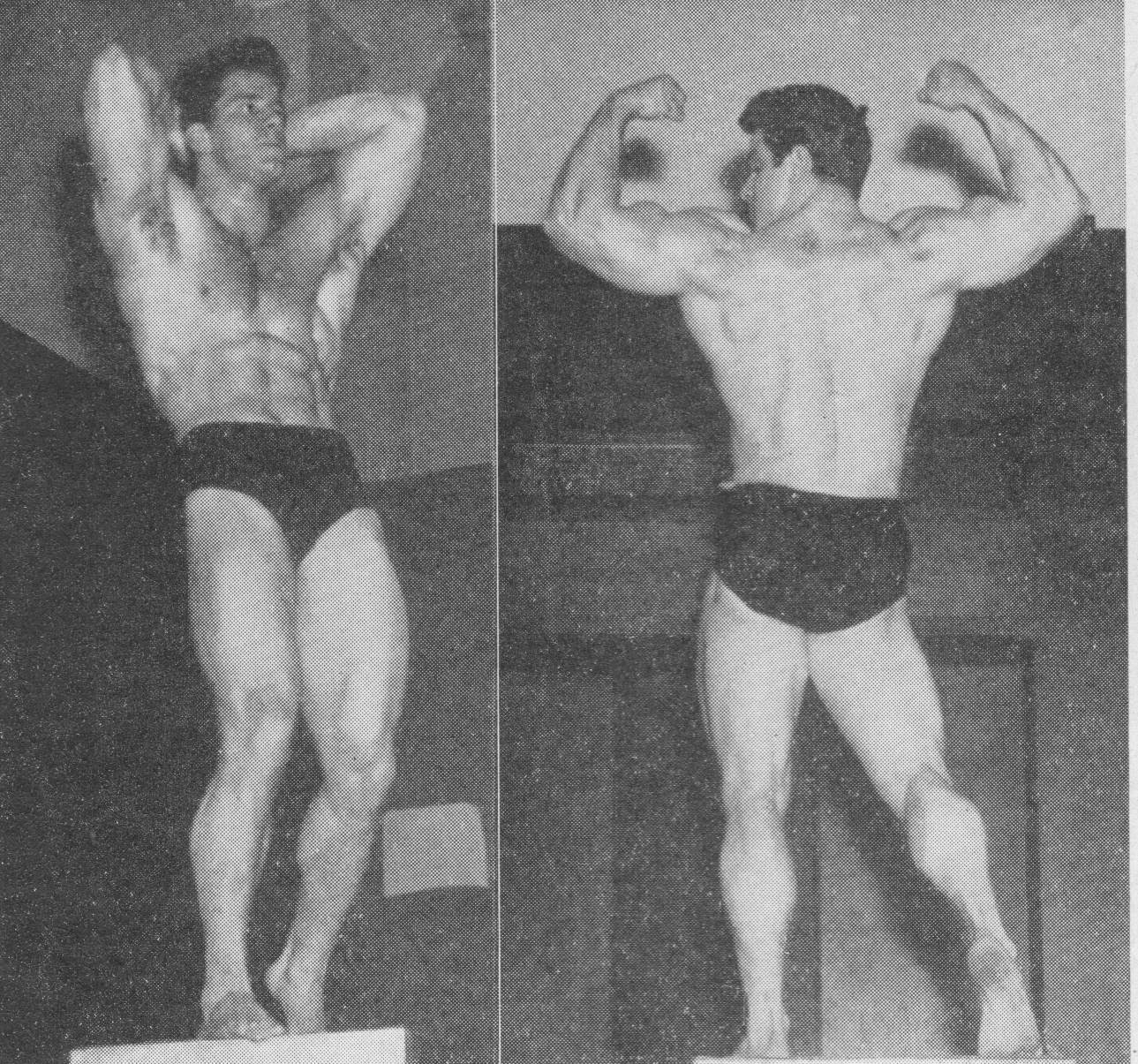 As the title of this article suggests, I am not going to deal with any one subject, but will cover various points in both bodybuilding and weightlifting in the hope that this will provide some useful "gem" to both classes.

The Two Hands Clean and Push with Barbell

It was stated in a recent article in a contemporary magazine that in assuming the position with the bar on the shoulders prior to the Push, the trunk should be inclined forwards from the waist as far as possible without overbalancing or losing the bar forwards. Admittedly, this appears to be what is done, but in fact the correct procedure is to draw the hips to the rear so that the shoulders with bar resting thereon arrive in a position somewhat lower than when standing upright and slightly forwards. This is the case whether the "feet astride" style or the "one foot forwards" style is used. The Push is then effected by a combination of thrusting the hips forwards, pushing strongly upwards and bending backwards with a bend of the knees, coming erect as the elbows approach their "lock."

Try This for Abdominals

Having difficulty with your Abdominal Raise? Then try this. Once comfortably laid down in the commencing position, take a fairly deep breath, tense the abdominal muscles -- thus flattening the spine on the floor -- and immediately make your sitting up effort, keeping the chin well tucked in and pulling strongly on the bar. Exhale as you reach the halfway position. Each stage should follow smoothly on the preceding stage without pause, and the movement should be more of a "roll up" than a "sit up." Practice first without a weight, hands clasped behind the neck. One more point -- when using a weight, grip the bar with knuckles to the floor, palms up. You'll find you pull more strongly with this grip. Training for the Abdominal Raise as a lift should be on the same lines as for any other lift --

except that you can use more repetitions with less weight. A few sets of 10 reps can also be chucked in on non-training days with no weight.

Lifters and bodybuilders looking for a change of exercise for the latissimus should try the One Hand Snatch using a barbell  loaded with 2.5 or 5 lb discs but no larger. The important thing in this variation is to use a bar with low discs so that you have a long pull. Pull the bar as high as possible, then lock out the elbow and shoulder by a snappy squat without moving the feet. This makes a nice variation to the Bent Over Rowing Motion with Dumbbell and is extremely effective. Use a weight you can handle for 8-10 repetitions and lower the bar to the floor each repetition, but do not bounce it off the floor. This movement may be found rather awkward at first, but a little practice will soon establish a comfortable rhythm.

Clean and Push with Dumbbells

And now for you home trainers with room for dumbbells only. For all-round strength and development of he arms, shoulders and back, try the Clean and Push with Dumbbells, using the "feet astride" style. To get the best out of this lift as an exercise the dumbbells should be placed at the sides of the feet, which are comfortably astride, then pulled in to shoulder height without moving the feet, but using a knee dip. The bells should not be up-ended to rest on the shoulders, but should be held obliquely in front of the chest with upper arms resting on the chest.

To assume the position for the Push, you depress the chest and shoulders so that the elbows rest on the top of the hip bones at the front and the hips are drawn slightly to the rear. The front ends of the dumbbells will be in contact with one another and the forearms almost perpendicular. Now take a good breath and push the dumbbells up by thrusting the hips forwards and bending the trunk backwards with a bend of the knees. As the elbows near their lock and you find the dumbbells "going" easier you now straighten up to the erect position with knees and elbows locked. Throughout the movement you must push strongly and keep your eyes on the bells. Practice this exercise in 3 or 4 sets of 5 repetitions, pulling from the floor each repetition, and you'll find yourself puffing pretty hard once you've mastered the movement and begin handling the appropriate weight. It's a tough one but well worth the effort. Follow this exercise with any movement that will gently stretch the pectorals.