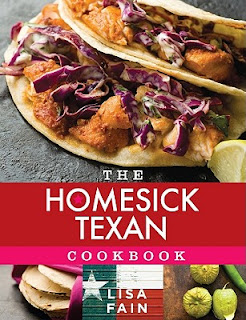 What do Texas lifters and trainees eat? They have the same confusion about diet and supplements as everybody else. But Lope and Preacher Harley and the rest of the gang have a few secrets. They don't know much about nutritional science, but they know enough to stick to the three basic food groups: Tex-Mex, Cajun and Ranch.

Tex-Mex doesn't have to be greasy or fattening if properly prepared. Most restaurants use low quality, fatty beef and processed cheeses which become runny when cooked. Most hamburger is an aberration. Chopped or cubed round steak or beef roast is just fine. Grass-fed if you can find it and afford it. Best prep is not fried, but oven- or stone-baked or grilled.

A little known but marvelous dish is baked kernel corn. Fill a baking dish about 2/3 full of corn, mix in enough chopped red and green bell pepper for flavor, and a little sweet white onion, and cover it with a mild, white jack or Monterey cheese and a lot of sliced black olives. You might add a light sprinkle of hot spice of your choice. Bake it slow and then enjoy, die, and  go to heaven.

Cajun food has had a fit of popularity in the last decade, but most restaurants yuppy it up to the point of nonrecognition. Red beans and rice is a cheap, nutritious delight. I paid $14.95 for a dish of it in L.A. Cajun cuisine joint five years ago. Figured it cost 'em 95 cents to make it.

Ranch food is both awful and wonderful. Corn bread from scratch is great; the ready-made stuff pales in comparison. How well I remember my lanky, red-haired father and his Uncle Dub pouring sorghum syrup or molasses on to their plates and whipping real butter into it till the mess became a paste to spread on the sweet corn bread or soda biscuits. Breakfast on the Sunshine Hill farm was that and eggs fried until the edges crinkled lacy brown, sometimes fried chicken basted with peach preserves and slices of fried onions, green tomatoes and potatoes and fried apples with brown sugar and lean ham -- the farm had the skinniest and best tasting pigs in creation -- and, oh yes, grits.

Grits are used like rice or potatoes. They are intended as a vehicle for whatever you want to put on them. Made from white corn, they can be eaten like oatmeal (put that on your list, too, but forget the instant drool), covered in butter and salt and pepper or mixed with ham gravy. Gnomish Uncle Dub, half bobwire and bobcat, would break a raw egg over the hot grits and stir it all in. Real grits are far more nutritious than most instant cereals, so look for the genuine stuff.

And the coffee. Right now go out to the kitchen and gather up all he plastic percolators, glass carafes and drip-dry contraptions and haul them down to the boat dock and drop them off the end. They'll make good cover for the fingerlings next spring. Then drive over to the nearest old-time hardware store, if there still is one in your area, and buy a gallon or bigger size speckled blue and white enamel old-style by-god coffee pot.

Fill it with water and bring it to a boil. Throw in a couple of handfuls of regular ground coffee. Break a raw egg and drop the shells in the pot (some insist on the shells of brown eggs that have dried in the oven). Add Grandma's "peench" of salt. Let it boil again till it's done. After about two weeks you'll have figured out the process and the amounts and will have great coffee. Warning: let it cook or sit too long and you can use it to stain the furniture.


Maybe I'm out of order here, but I'm including barbecue in with the ranch list. Bar-B-Q is maybe a mix of Spanish and black culture in origin. Beef or pork, if lean, fixed right, meaning on the dry side, with a homemade sauce rather than that bottled stuff which may be made by engine lube brewers, served with chili beans, potato salad, cole slaw, giant dill pickle slices, white bread and a bottle of Shiner Bock beer is beyond description.

Wait a minute. White bread? Yeah, I know, it's a no-no, but there is simply nothing better to sop up the leavin's. And, it's sacrilegious to use anything else.

Chili with hamburger as a base is often too greasy. Never use pork. I have eaten a decent chicken chili, but regard it as a curiosity. Real chili was made with cow or buffalo or deer meat. Real range buffalo is very lean and very high protein, altogether superior to beef, but has a strong taste. Hybrid "beefalo" may be more palatable but much of it and the 100% genuine buffalo meat" now on the market are now being raised on the same standard diet fed to beef cattle, thus raising the fat content, altering the nutritional value and blanding up the taste.

Chili is not a traditional Mexican dish, but an invention of the southwestern frontier, with a little help from the local Indians, and probably did not contain meat in its original form. Arguments can be heard at chili cook-off contests whether meat and/or beans should be included.

I do it all. take maybe two pounds of cubed round, brown it with chopped onions and bell pepper, and then drain off the grease. Put the meat in a big kettle, dump in a can or two of ranch-style beans, at least one (gasp) can of tomatoes (go light on these at first, you can always add more), and shake in a pack and a half of chili-mix spices. Cook it slow so the spices have time to work.

Original ingredients may be better, but my way is quicker. Serve it in a bowl with lots of corn chips on hand to scoop with, or pour it over rice and stir it in. Make tacos. Good with crumbled-up Saltine crackers mixed in, too. Should feed four to five folks. Filling, tasty, nutritious, yes, but such fare may make you socially unacceptable. Do I have to explain that?

By the way, just as nearly every farmer in the upper Midwest in America has a pint of apricot brandy under the seat of his pickup truck to help him get through the winters, many back country southwesterners carry a can or two of tomatoes. They are just great as a thirst quencher.

But the all time best was, and is, chicken fried steak. Oh, Lordy. Look, this isn't quantum physics. Take a big ole slab of half-inch round steak, pound the heck out of it with one of those corrugated hammers (a ball-peen works pretty good), and then make the same kind of batter you would if you're gonna fry chicken. Be sure there's an egg in it. Black pepper. Soak the steak in it for half an hour. Then roll it in flout. Fry it up pretty crispy. Then make a thick gravy from the leavings. Pour it over the steak, and the mashed potatoes, the biscuits, and anything else in sight. Side dishes might include turnip greens, cold beets and cole slaw. Raw sliced turnip or rutabaga is a great munchie with a little salt. Rhubarb cobbler for dessert, and you're home free.

And not least, catfish and crappie and young bass, fried or baked, never mind, devour till you drop, yes, that'll do.

I know many, if not most, of the current generation of health food adherents and gurus reading this are appalled. Well, take a Valium, folks. Nobody would suggest that the above be followed exclusively. In fact, my old pen-pal, Master's class lifter Jumpin' Jersey Joe Pyra, disagrees completely. He insists the three basic food groups are beer, pierogi and kielbasa.

These Texas diets or menus evolved out of necessity from what was and, in some cases, is available. They beat hell out of what the majority of the American people eat today. And, like it or not, they were established into the folkways and the traditions because they were needed.

Texan and Southern farmers and ranchers put in long, hard, 'can't-see to can't-see' days and didn't worry about their cholesterol counts. They needed the calories to do their tasks and yet stayed quite lean. They worked off the heavy breakfast calories and the carcinogens from the barbecue and lived into their eighth and ninth decades, like my folks, who are absurdly long-lived.

Of course, if you eat this way without exercising or physical labor you can expect to look like an insurance agent in Shreveport who spends too much time in the night spots on the Bossier City strip.

We've all read about the California bodybuilding stars who reportedly live on seven-grain muffins and egg-whites and yogurt with crushed strawberries as part of their 'superior lifestyle.' Such stuff is good food and useful for paring down for a physique show or or maintaining lean bodyweight for a certain look. But the number of iron heads who have used such 'diets' to gain 50-100 lbs. and triple or quadruple their strength could be gathered together in the back booth of the Scoot 'N Boot.


Like any diet, it's the balance of activity versus intake that makes the final determination, and in my personal view, we are just now beginning to learn what the questions are on weight control, not the answers.

It you are going to try to become a giant, then learn to eat like one. You've got to have carbs and calories as well as protein and other nutrients to gain on a heavy program of exercise. Frontier country ideas and recipes can make it easier, and a heckuva lot less boring.