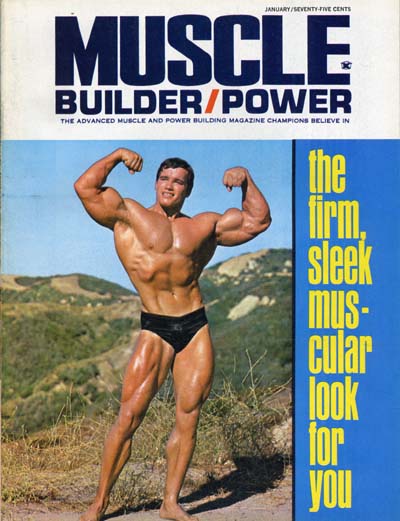 Originally Published in This Issue (January, 1970)

When Gary Young came on the scene and made his record lifts - feats I thought out of my reach before then - his victories inspired me so greatly that I began to reexamine my concepts of training. I held the National record for the Deadlift at 713.5 pounds when I lost to Gary, and at that time my training on the lift was about once every two or three weeks. These workouts rarely consisted of full movements, although I occasionally did 3 reps with 680.

My grip was never a problem as I have supported 1000 pounds in my hands without losing it. This was my usual routine and it never changed except just before the York Nationals. In talking to Gary after he defeated me I learned that he did many Deadlifts Off a Box, and that the bar rested on his toes when he did the exercise.

[Note: There's a few photos of Peanuts West in the start position of a deficit deadlift with this article. His feet just fit under the bar with 45's on it, a low deficit position. From the side, his chest is just about touching his thighs.]

Reportedly, Young had made 685 while standing on the low box.

I figured it was a good challenge, so I started to train in this way. I started out by making 500 for 1 rep, bar resting on the toes. After training this way for several months I tried 550 for 10 reps. This I made, but my regular Deadlift was not up any higher. After talking to Bill West I was advised to try singles for a while. I got up to 675 for 1, but strangely enough my regular Deadlift go no better. I kept on the heavy-rep box deadlift program, and with Bill's help I stayed on the singles program for 3 months.

I had almost given up hope that I would ever approach the 720- to 750-pound category when I decided that I would try the Heavy Higher Reps program. This time I set myself a goal of 600 for 10 reps. I figured that if I made this weight I should be able to lift about 765 to 800 pounds for the regular Deadlift.

I started to train very hard. I got back to the 500 pounds for 10 reps. After about six weeks I made 575 for 10 reps at Joe Gold's gym. They said it was very impressive.

One Tuesdays I worked up to no more than 425 pounds for 3 sets of 10. That was the entire workout for that night. I then would come in on Saturday and do a warmup in the Deadlift but I never did more than 3 reps with any given weight. After the bar got above 500 pounds I did only singles in 70-lb. jumps.

At first this program was not too successful, but after 3 weeks I got up to doing a full Deadlift with 725 pounds. 2 weeks after that I made 740 and then every week after that I got to be consistent with 750 to 800 pounds. This I did with many witnesses present. I made this lift in late November of 1968.

I also squatted 800 pounds in the same workout. All this at a bodyweight of under 240. At the present time, I can lift over 750 in the regular Deadlift and I'm looking forward to the L.A. City Championships to try and get the record back.

I am maintaining the power by laying off for a week every 3 weeks so that I can give my back a chance to rest. I later discovered that the reason my Deadlift was not moving the way I wanted it to was because, even though I felt rested, my back was still tired.

On the heavy day, I found that as I was beginning to increase my strength I would shoot for a certain poundage for a certain number of singles. So as I was first trying this new program, I tried to make 700 for 3 singles. But maybe on some other heavy day when fully rested I would try for 700 for 3 reps and then I would be finished for the day.

I hope these ideas help you if you are having the troubles that I was. I really believe these methods work, and that with a little patience and a lot of hard work they will work for you.