For Much More from Randall Strossen, See These Two Books: 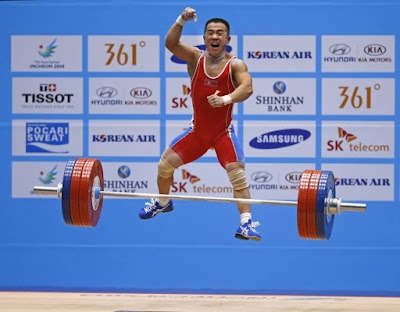 SOAR WITH MORE
by Randall Strossen (2000)

In the not too distant past the idea that less training could produce more results was fairly novel. That may be hard to believe now that the whole less-is-more concept has become a cliché, but why wouldn't it become popular? Who wouldn't love to train less and gain more? Who wouldn't love a legitimate reason to back off when it comes to lifting weights?

The only catch is that there really aren't any free lunches, and gains are usually proportional to effort. While less can produce more, it's more likely that less produces less and more produces more.

The less-is-more idea starts with the idea that instead of doing a zillion movements - which might produce overtraining and limit gains - you should pick a limited number of basic movements, things like squats and deadlifts, and focus your attention on them. Then you make sure that you don't do too many sets and that there's plenty of recovery time between workouts.

Most people who jump on this bandwagon are usually settling for much less than they have to, often without even realizing it. Misunderstanding the process usually begins at the first stage, when the training program is cut down from many movements to just a few. When progress continues or even accelerates, that's often interpreted as a sure sign that training less is the wiser way to go, when in fact what's really happening is that the person is just dropping a lot of unproductive movements.

So, while one person might do five sets of four different lifts, with the intention of increasing, say, his power clean, another might just do five sets of power cleans. When the second person makes more progress than the first, it's easy to conclude that it proves the dangers of overtraining - when what might really show is that the other four movements were a waste of time and energy.

This is an important lesson because the history of progress in bodybuilding and lifting is pretty much a history of people training more and getting greater results. For example, when bodybuilders and lifters started to do multiple sets, progress exploded. Decades ago the standard routine for most of the world's top lifters was to train three times per week; now many of the world's top lifters train three times a day. And lest you think that increase in  training frequency goes along with reduced training intensities, consider that some of the top lifters who train the most often are also training at close to 100 percent intensity levels most of the time.

"But I'd never recover; I'd always be injured," the less is more extremists would say. Could be, but not necessarily. First, our bodies adapt to stress, which is exactly how we coax them to get bigger and stronger by overloading them - we ask them to do more than they're used to, and they adapt by getting bigger and stronger.

Second, ironically enough, it's often the case that more frequent training is the best way to avoid injury because the body is more likely to be properly loosened up and primed for the lifts we do. Ever notice how your worst workouts usually come after your longest layoffs? How many people who train during the week and take the weekend off find that Monday's workout is the toughest of all, even though they should be the most rested for it? Some of the hardest-training Olympic-style weightlifters never take layoffs because everything from soreness to injuries increases when they come back from a layoff.

Properly performed training is a good investment: It returns more than you originally put in. Thus, the person who has hit a level of reasonably good overall conditioning might run several days a week, lift weights hard a few days a week, do plenty of other work throughout the day and still have lots of energy. At the other end of the spectrum, a poorly conditioned person who keeps reducing his training load might complain that he's tired the day after an arm workout. Part of the difference is in the mind, but all the effects are felt in the body.

Talk to the most demanding coaches in the iron games, coaches who are famous for putting their lifters on routines that are so hard that even veteran lifters stare at the programs in disbelief, and you'll quickly learn that the key to being able to train at that level is to gradually increase your training load.

Think of the process as being analogous to adding weight to the bar: You don't go from a bench of 50 pounds to 500 pounds in a hop, skip and a jump, but, rather, in a long series of usually small, often irregular steps. You add five pounds here, 10 pounds there over many hours of training. The same process applies to boosting your overall training intensity and volume - the operative word for your increases should be slowly.

And as with just about everything, successful implementation of the entire process begins between your ears because, while you may not be able to will yourself to each level of success, you can certainly think your way to a level of reduced expectations and general passivity that will ensure mediocre results. Believe that you can succeed, and then act accordingly.

None of this emphasis on turning up the heat is to say that you can't get tremendous results from abbreviated programs or that even a little training isn't better than no training at all. When your progress stops, though, instead of assuming you're overtrained and need to back off, think that you're stagnating because your body has become used to your current training load. At this point the correct response isn't to back off but to bump up the ante.

So, if you want to soar, try doing a little more.