One of the brightest and most philosophical muscle-builders who ever graced the sports world was Marcel Rouet. He not only learned how to build his own body, but the also looked beyond the straining muscles and clinking barbells. He wrote more than 50 books in an attempt to explain his views to the general public and the sporting world.
Marcel Rouet was born on March 5, 1909, in Paris, but he was raised in the countryside of Normandy, where he grew up in clean, healthy surroundings. By the time he reached  his teen years, he was ready to develop his muscles. "I looked at myself in the mirror," he later wrote, "and I was discouraged by my lack of shoulder width." But with youthful bravado he promised himself that one day he would become Mr. France.

Rouet began to work out in a Paris gymnasium, but he found his progress to be excruciatingly slow, so after a while he began to experiment with his own methods. He eventually succeeded, and in 1935 he achieved his youthful goal and won the Mr. France title. A year later he won the contest again. Thanks to his triumph, Rouet decided to write down his training ideas and share them with the rest of the world. Thus his first book, Santé et Beauté Plastique (Health and Physical Beauty),was published in 1936. 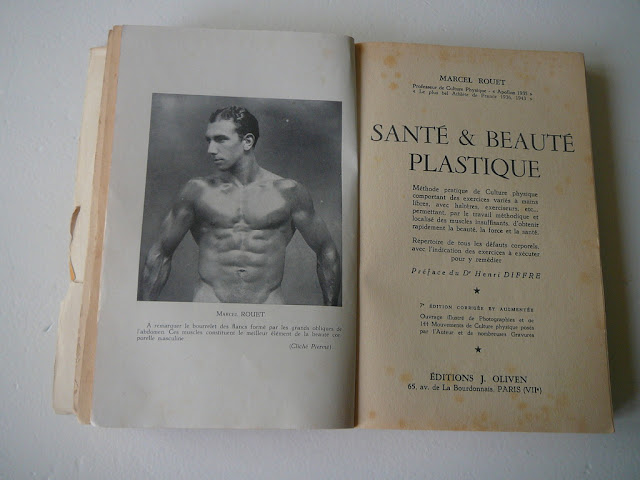 Rouet, however, was not afraid to incorporate ideas from America into his books. This was tantamount to heresy to the French, who abhorred the massive physiques that were being built across the Atlantic. After World War II, Rouet went even further with his book, Toute la Culture Physique (Total Physical Culture), subtitled New, Complete Franco-American Method. Rouet put a French spin on the new American ideas, adopting the whatever-works attitude of the North Americans and downplaying the more organized attitude of the Europeans. 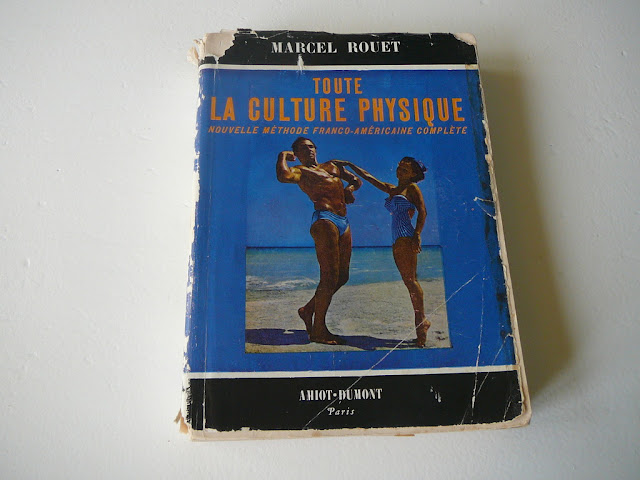 Toward the end of his life Rouet began to draw away from bodybuilding, and he became fascinated by human sexuality and techniques for satisfying women. Not surprisingly, he was married three times, and he retained a zest for physical love that would have exhausted a younger man.

For those interested, Rouet is one of the key figures in this book -
https://www.amazon.ca/Remaking-Male-Body-Masculinity-Physical/dp/0199695571

After he turned 50, Marcel Rouet seemed to lose interest in his body; he grew fat and lethargic. This physical and athletic neglect led to his death after a minor hernia operation on December 3, 1982.

Rouet was a brilliant theorist and, in his youth, an athlete of great talent. He packaged the new American bodybuilding ideas in a form that his European audiences found palatable.

That is his greatest legacy.