Staleness: Its Cause and Cure - Robert Newell

STALENESS: ITS CAUSE AND CURE
by Robert Newell The phenomenon of going stale in bodybuilding is one that is shared by virtually every other sport. In sports such as boxing it's recognized as a fighter having reached his peak condition too soon before the fight, then trying to hold this peak condition he overtrains his body and enters the fight somewhat below his best condition. This is the same condition that many lifters and bodybuilders experience when they attempt to hold peak levels too long or peak too soon.

In this instance going stale is physically based and preventative measures can be taken by adjusting the severity of one's workouts and nutritional regimes so they coincide with the projected, chosen date. Such measures can only be worked out by each individual through stringent trial and error efforts.

This is one definition of staleness but a more common definition is probably synonymous with a prolonged absence of progress. In this instance staleness may have a physical basis but it can often be mentally based as well.

The more common physical causes of staleness include over-working, under-working, inappropriate nutrition, and inadequate recuperation. Mental causes may include lack of motivation, or an improper mental perspective.

Over-working is an area which many novice lifters (and many who know better) succumb to with the idea that if X amount of training is good, then 10X must be better. In this case the individual may end up training every day on a routine that is far too advanced for his individual level of development and circumstances. The body is constantly being torn down without adequate time in between sessions for recuperation. The result may be atrophy rather then hypertrophy.

An example of over-working would be the individual who weighs 150 pounds and wants to gain 30 pounds of muscle. His routine consists of 20 exercises for 8 sets of 10 reps per exercise which he performs four times per week. Usually this type of individual hasn't built up to such an amount of work, but merely selected the routine from an article on a champion bodybuilder's precontest training. Having adjusted the weights accordingly he'll be able to perform this prodigious amount of work, and he merrily undertakes this marathon routine fully expecting to make sensational gains, which of course never materialize.

On the opposite side of over-working is under-working. Under-working is exactly what the term implies. The individual simply isn't doing enough or working hard enough to produce gains. Here we see an individual who never pushes himself in any of his workouts. He simply stops his sets or weight progressions when he becomes slightly tired. At the first signs of strain the individual replaces the weight on the rack and takes an extended rest break before beginning his next set in a similar fashion.

An example of under-working is the individual who starts his set with bench presses, does an easy seven reps and replaces the bar on the racks. He then engages another individual in a conversation and ten minutes later he's back for his second set. This guy's whole routine goes like this and although he spends 2.5 hours at the gym he only puts in about twenty minutes actually training.

The muscles haven't been placed under any stress which they aren't already capable of handling and consequently there's no progress.

Most authorities agree that nutrition accounts for at least 50% of one's success in weight training. Some even place this figure as high as 70-90%. It is obviously a vital factor in your success or failure in training, yet it's one that is often neglected. If you're going to train properly, then you are simply wasting a lot of your effort if you're not going to supply your body with the proper nutrients in the appropriate quantities for repair and growth.

Most bodybuilders need around a gram of protein per pound of bodyweight daily. 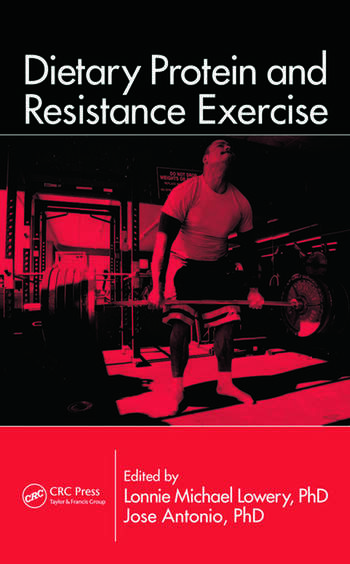 So, if you're training heavy and attempting to get your weight up to say 190 pounds, then figure on taking 190 grams of protein daily through meat, fish, poultry, dairy products and a good protein supplement. Include 150-200 grams of carbohydrates from fresh fruits and vegetables daily as well.

Make sure you're getting the proper amount of protein, carbohydrates, fats and total calories each day by recording everything in a notebook at first. Don't just guess at how much you think you're taking in. After all, you have a specific routine of exercises, sets, reps and poundages that you use each training session. You also realize that you must progressively increase the resistance you use in order to make progress. So why should diet be any different?

Finally, if you want to progress in increases size and strength, then you can almost be assured that you will have to gain weight to accomplish these goals. One of the best ways to gain weight is to analyze everything you've eaten in the last few days. Find out how many calories, carbs, fat and protein you consume daily. Once this has been determined than add 1,000 extra calories a day to this figure and try to consume this new quantity of food daily until the desired weight is reached. Remember to keep an eye on any signs of too much fat storage when adding this many calories, and cut back if they appear. You may instead want to build up to this extra 1,000 calories a day by increasing your total caloric consumption by 100 a day until you reach 1,000.

By keeping records of everything you eat you will see what effect your diet has on your progress. You can increase or decrease quantity of different types of food sources as needed as you go along. By keeping a log of your daily intake, you will have control of another tool that will aid you in your progress.

Recuperation is another essential ingredient in building size and strength. It simply means that if you tear down muscle fiber through the use of regular heavy exercise for the purpose of increasing size and strength, then you must allow time for the muscles to repair themselves and adjust to the new stresses being placed on them.

Keep in mind that recuperation includes not only proper sleep but also avoiding too much supplementary exercise. In other words, don't run yourself ragged playing four types of sport every week while you're training to gain. Also, stay out of the gym on your rest days. Remember too that the average eight hours sleep a night might not always be enough when you are in heavy training. You may find a nap and an extra bit of sleep each night helpful, and learning a good relaxation technique should be of assistance.

If you're training appropriately and paying strict attention to your diet and recuperation yet are still not achieving results, then there is one other possible cause -- that being mental. This mental cause is intricately connected to one's workouts and gains.

For example, take the case of the first sub-four minute mile. Until Bannister achieved this effort it was a great stumbling block which could not be surmounted. However, once it was achieved it was duplicated by a horde of milers. Why? Because it was not mentally acceptable as achievable. Had all these runners changed physically? No, they now simple believed it was possible and no longer mentally restricted themselves as before.

A similar situation recurs repeatedly n weight training. Take the lifter who's never bench pressed 3000 pounds. He's previously done 2950 pounds but has been trying to do 3000 unsuccessfully for the last six months.

What are his thoughts about benching 3000? They probably go something like this: "3000 is a lot of weight" or "I don't feel too strong today" or perhaps "I'll give it a try." At the same time he's thinking such statements he is also mentally picturing himself struggling with the lift but it's too heavy and he sees himself missing it. This is a classic case of being defeated before yu start.

What this lifter should be doing is picturing himself pushing the 3000 pounds up to lockout and replacing it on the racks after a successful lift. Never entertain even a thought of failure!

In this same way the successful bodybuilder must never concentrate on the pain of fatigue involved in performing a set. Instead he should concentrate on mentally visualizing the muscle building and increasing in size as he performs the movement.

The plain truth about staleness, once you've passed the initial rapid growth of the beginner's stage, is that you won't progress if you're not continually increasing the demands placed upon the body. This doesn't necessarily mean longer workouts, but harder work.

If you've been stale for a year or more then it's a good bet that you're using the same or lower poundages in your exercises than you were a year ago. But, you argue that you were using 100 pounds in the barbell curl for 3 sets of 8 a year ago and could never get to 10 reps. So what happened? Frustrated, you gave up and changed to incline curls. Six months later you resume barbell curls and still can't get 10 reps with 100 pounds after another few months of workouts.

This is a cyclical event that many trainees go through when they reach a sticking point. Instead of frustratedly giving up they should recognize the sticking point for what it is -- a momentary plateau of your current level of strength and development and one that must be conquered if continued gains are to be made.

As James E. (Doc) Counsilman, Ph. D., Indiana University explains, "The muscle fibers of bodybuilders and weight lifters who have developed their muscles through heavy resistance, low repetition exercises done at slow speed on weight lifting equipment have been examined microscopically. Their red fibers were enlarged and their white fibers remained relatively unchanged."

Muscles are made up of a mixture of these types of fibers: red (slow twitchy) fibers, and white (fast twitchy) fibers. Each individual is born with a certain proportion of these fibers. This proportion can't be changed by training or other means. Only the size of the individual fibers can be increased.

How then can these red fibers best be increased? Counsilman (highly regarded for his coaching, the book "The Science of Swimming") notes, "The red fibers can be increased in size and strength by exercising with heavy resistance at slow speed. This is especially true if negative (lowering) resistance is used. The increase in size of muscle fibers is due to an increase in the size of the myofibrils (the contractile element of the muscle fiber) resulting in a bulkier muscle.

If you're currently training correctly with a positive attitude, getting proper nutrition and recuperation time, then the inclusion of negative exercise could be helpful in stimulating new progress.

The first set of each exercise should be a light warmup set where negative reps aren't employed. The second set should be heavy enough to limit you to 8-10 reps, with the last few proving a challenge. After completion of these reps raise the weight to the starting position in the easiest possible manner (e.g., in a curl you can semi-clean the weight; in a dip you can use your legs to get to the top again). Now concentrate on performing the lowering part of the movement as slowly as possible, resisting the weight with all your might. Try to get another 6-8 reps of the lowering portion of the movement. When the weight starts coming down too fast and nears being out of control, stop the set. Make the third set a little heavier, so you can only get 4-6 full reps and 4-6 negative accentuated reps.

Do the front squats, leg raises and twists as normal, hard but normal, reps.