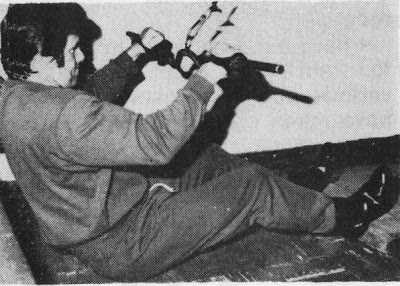 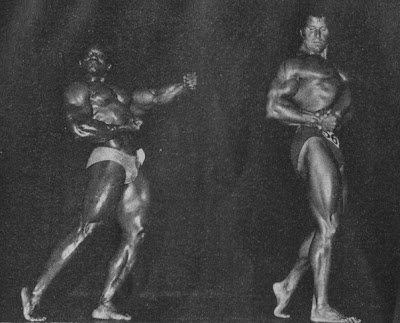 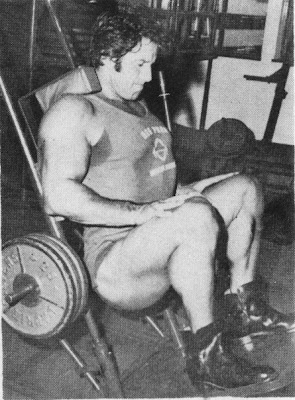 I will never forget the standing ovation received when he won the Mr. Universe title held in in 1965 for the third time. We both flew from to compete that year.

Reg has won the Mr. Universe title no fewer than three times. In 1951, 1958, and 1965, an outstanding achievement particularly if you consider the period of time that has elapsed since he first won the title. I doubt if anyone has bettered this record.

I have been fortunate in being able to train with Reg personally on various occasions over the years and have taken careful note of his training methods and philosophy. I have trained with many top bodybuilders and weight-lifters throughout the world, and I will go so far as to say that is the most dedicated, hardest worker of them all. Endowed with good structure, he has made full use of his potential and he never lets up. In 1970 he was not able to train as usual because he opened three new gyms and was too busy to lift properly. In 1971 he decided to experiment with his physique, and erroneously reduced his bodyweight to 216 pounds. This proved his downfall. His two main competitors, Bill Pearl and Sergio Oliva, were both over 230 pounds. In solid condition Reg normally weighs between 225 to 235 pounds.

In February of this year (1972) I photographed Reg, but found him to be still too light. Last week, (some four months later) I once again photographed him at a new bodyweight of 220 pounds. His improvement was visible, his arms, deltoids and thighs in particular had increased in muscular size. When once again enters the Mr. Universe contest it will be a different story.

More recently, designing his own equipment, certain pulleys and leverage exercises are made use of. The main reason for this deviation is to give his body variety, and to alleviate boredom. He makes full use of any exercise he employs, and only changes when he feels he is no longer benefiting. In other words, once he has found the appropriate exercise, he will keep to it as long as it works. Many fellows chop and change their routines, without ever getting the results they desire.

Here is Reg’s present routine. You will note there are no direct chest exercises. Over the last few years Reg has decided to leave this phase of training out, because his pectorals were getting too big. He only wants to develop a proportionate, shapely body. The pectorals are one of the easiest muscles of the body to develop, one which far too many bodybuilders overdevelop.

Hack Squat With Weight On Belt Behind Back : 5 x 8.

I can tell you from experience that it is tough to keep up with this human dynamo. He trains from 6 to 8 a.m. each morning because he finds himself too busy during the day attending to his pupils. Reg has trained many Universe height class winners – Eddie Silva, Fanie Du Toit, Jannie Graaf and others have all been guided by him. He takes a great interest in his pupils, and that is why he has many gym members.

A hard task master who knows how to produce results. A man who sets an example, and knows what it means to win or lose. A great sportsman and a wonderful asset to the iron game.