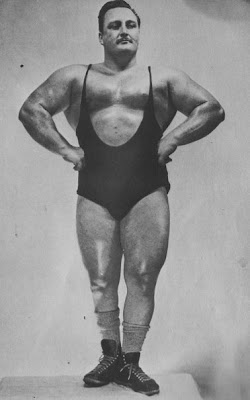 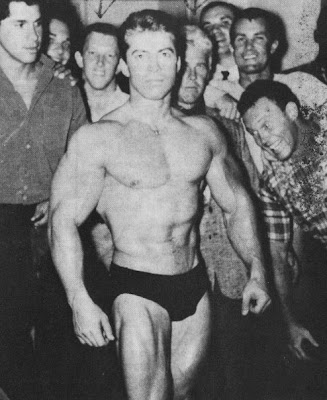 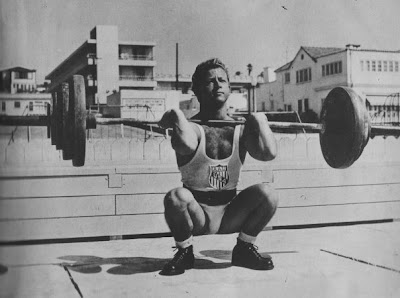 Many of you have written asking me what I’ve been doing recently and why I haven’t continued to set new lifting records as I did a few years ago.

I can explain this only by saying that I got “sidetracked.” I took a fling at pro-wrestling, as so many lifters and bodybuilders do, but after a year-and-a-half I realize that it’s just not for me. Oh yes . . . I was doing well financially and had all the outward symbols of prosperity that most wrestlers have, including a Cadillac. But with all this, which would make most men wildly happy, I realized that while I was the world’s STRONGEST man I was also the UNHAPPIEST.

I believe that one of the reasons for this is that I was becoming unfaithful to an ideal. From the time I first discovered that I possessed extraordinary strength I set a personal goal to push lifting records as high as I possibly could. I felt that this was a worthwhile ambition and I was proud that nature had endowed me with such a gift of strength that I could continually break world records. This ideal is so strong that I’ve decided to put all other things aside and concentrate on the ONE THING I CAN DO BEST.

I know that many of you have followed my career with interest and when I discontinued training I not only let myself down, but my fans as well. And so at present I’m back at hard training and I’m confident that within three months I will set records in excess of anything done by anyone to date.

My long range goal is Press 440-450 pounds from the shoulders in full view of the A.A.U. judges. I have allowed myself a four-month time limit to reach this goal. Already I have succeeded with 420 pounds. This was on November 1st at the A.A.U. Mr. British Columbia contest. Since the world record is 408 pounds I am really quite pleased. I weighed 288 pounds at the time of this lift whereas Paul Anderson weighed almost 100 pounds MORE when he made his 408-pound lift! I feel that as soon as I increase my weight I will be well on my way to my eventual 440-450 goal.

I might also add that in this same event I did a two-hands Strict Curl with 255 and one with a looser style using 300 pounds. All these lifts were verified and passed by the A.A.U. judges. Moreover, I also had movies taken for proof along with the signed affidavits from he judges – as to the weight and the lift. I have also set myself a goal in this four-month time limit to do a Strict Curl with 270 and a loose curl with 325.


Now I shall briefly outline the Pressing routine I use at present.

I work on the Olympic Press three times per week and on the in-between days do a complete lower body routine as I never combine upper- and lower-body exercises in the same workout day.

In practicing the Press I remove the bar from stands and perform 5 reps with 360 and then increase the poundage to 390 and do 5 sets of 5 reps. Now this is all the pressing that is necessary for I’ve found that if I extend myself – especially with heavy poundages – staleness will often be encountered.

This routine is concentrated and is designed to give MAXIMUM RESULTS with a MINIMUM OF TIME AND EFFORT. Therefore, as I near the time when I intend to press a record limit – approximately two weeks before – I alter the Press routine from 5 sets of 5 reps to a series of SINGLE reps and work up to approximately 30-0 pounds from my limit.

This is most important if you should try it, for if you change to the single rep system TOO SOON, your top form will be attained TOO SOON and YOU WILL NOT BE AT YOUR BEST for the actual competition at the time you have set for yourself for the creation of a new personal record.

Recently I gave a lifting demonstration at the Pacific Northwest Weightlifting meet in Portland, Oregon. I had the opportunity of observing the lifting as well. I was very impressed with the group of competing lifters and I was convinced that the overall caliber of weightlifting has improved vastly over the past few years.

I was especially impressed with the wonderful form shown by the lifters in the FAST lifts – the Snatch and the Clean & Jerk. They were getting the best from themselves and were utilizing technique and science to their best advantage. However, when I saw their Pressing style I was disappointed. It is a pity that these fine lifters should lose on their Olympic totals because of faulty Pressing technique. I am sure that if they devoted as much time to perfecting the Pressing style as they do to the fast lifts it would soon be proportionate in the poundage lifted.

Many of the European countries are rapidly coming to the fore in international lifting. Korea and Russia and Red China have many outstanding lifters in all classes and are constantly improving. World competition has reached an unprecedented high and if we want to continue to dominate world lifting, our young and aspiring lifters must be helped in every possible way.

I feel that the numerous articles and booklets I have written have helped improve the caliber of lifting in general as I was one of the first to set a new standard in many or the power lifts to a point which many authorities once thought impossible. In doing so an example was set for young lifters throughout the world so that they in turn automatically raised their standard of lifting to a higher level of accomplishment.

In a future article I would like to discuss the importance of the Two Hands Deadlift in building tremendous strength in the lower back – so necessary for top performance in all three Olympic lifts. No other basic power exercise has such a direct influence on the lower back region. It is a “must” exercise for all lifters.