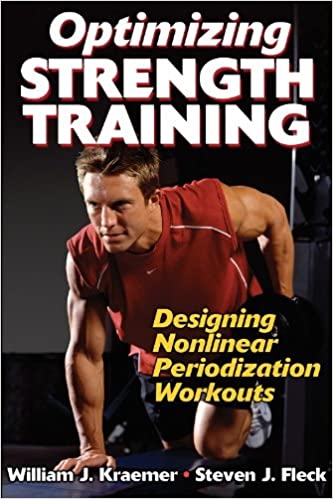 https://pdfcoffee.com/download/tso-pdf-free.html
Thank You to Bob Wildes, and Joe Roark's Iron History website.
https://ironhistory.com/
Here's an article from '57. Oddly enough, there were people behind weight training finally being accepted as a method of improving athletic performance. It did not just happen on its own, there were plenty of struggles I am certain.
Here's to the real pioneers in this field.
Jim Murray is one such shining example . . .
Among the young men using weight training at Varsity Barbell Club in Morrisville, Pa., are several who are developing into stellar performers in various sports. Operation of the club is giving us an opportunity to try exercise methods on groups that have previously proved successful for individuals.  We feel that group success carries more weight, however, than the individual, because the question always arises, "Did the athlete succeed BECAUSE of what he did . . . or IN SPITE of it?"
Certainly the great individual success of nationally known weight trained sports stars shows the weights did not prove too great a handicap (!), and of course these men are themselves boosters for barbell training.
Although our Varsity Club athletes are just arriving at the threshold of national recognition, we can show that weight trained athletes have surpassed the best performance of others in a given area.
Note: I did not transcribe a section here on some of Murray's young charges, choosing to move forward to here:
The writer is especially proud of these fellow who excel at various "major" sports. This phase of weight training has been one of my biggest interests, resulting in my co-authoring a book on "Weight Training in Athletics" with Dr. Peter Karpovich. 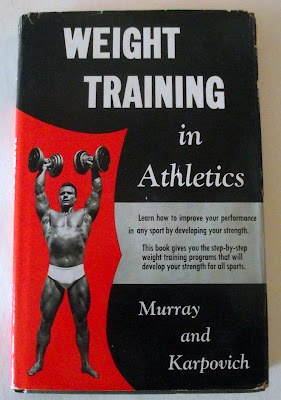 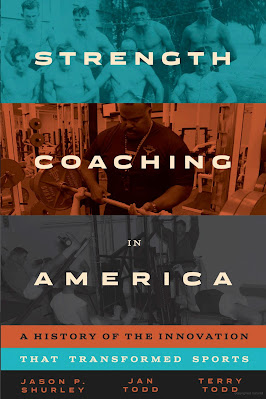 Of course, we have a number of fine lifters and bodybuilders, and we won the team trophy in the first lifting contest we entered, at the Trenton YMCA last year. Dick Landis became our first member to clean & jerk 300 lbs. this yhear, and he won the Middle Atlantic AAU Jr. championship in the heavyweight class. Frank Montero copped the fourth place trophy in the accompanying "Mr." contest.
We feel that these fellows help inspire the barbell man who is already interested in the Iron Game, but believe our other athletic stars do more to convince the skeptics of the benefit of weight training.
It is interesting to note the similarity in the training programs of these young athletes. The variations in achievement seem to me more secondary. They did the same exercises for the most part, taking turn about, and got excellent results despite different specialties.
The following exercises are done by all our members:
Barbell and dumbbell presses standing
Barbell and dumbbell presses lying supine
Squats
Barbell and dumbbell curls
Rise on toes
Leg extensions
Lateral raises with dumbbells
These are not always necessarily included in a day's workout, but appear from time to time in the programs of all our outstanding young athletes. There are those who advise the athlete to practice snatches, or the clean & jerk, to improve coordination. We feel, however, that these are good power builders primarily, but that they involve a specific skill with questionable transfer value. Instead, we stress basic strengthening exercises and encourage our boys to learn the specific sports skills in which they are interested. Practice is the only way to do this.
Incidentally, we do not discourage practice of the Olympic lifts, either. If any or our athletes are interested in learning them, we try to help them, because they are the type of young men who have the potential to become champion lifters as well as excel in other sports.
As the the actual amount of training done, mainly on the basic exercises listed, we try to get the athletes to think for themselves. As anyone who really understands the field will know, each individual reacts differently so it is ridiculous to have everyone train exactly the same way. We start them off on "average" programs of proven good results and encourage them to learn and set the pace for themselves. Whereas one man will thrive on 3 or 4 sets of low repetitions, 3 to 5, another will want to "warm-up" with a set of 10 and another of 8 before working into heavier poundages with low reps. Thus one man will thrive on a total of 15-20 movements in a particular exercise, while another will do better on a total of 30-40 reps (in sets).
Aside from the results achieved by our regular members, we were interested to meet Ed Stowe, a powerful football player and wrestler from New Jersey, who starred as guard for the University of Pittsburgh and later was a tackle and linebacker in the Canadian professional league. In a workout at our gym, Ed did low reps presses behind the neck with 225 pounds, and worked up to 350 in the bench press. Weighing about 240 at approximately six feet, Ed warmed up by squatting 8-10 reps with 300 and worked up to a couple of sets of 6 with 465. Here again we have a topnotch football player thriving on heavy basic weight training exercises.
Maybe there IS some correlation between strength and sports success!
Enjoy Your Lifting!

Lookey here...a physique photo of the great heavyweight Olympic lifting champion Norb Schemansky. Who knew he ever donned trunks and posed in front of cameras. Ok, first we had another lifting great, Tommy Kono, taking to the dais and winning a title or two. Now we see Norb did likewise. Giveitaname...are you sending us a message here from the annals of old school strength and muscle building? This was a great piece of Iron Game history, topped off by the landmark Murray-Karpovich book. It was either in my high school or college library that I first ran across this book, which was as much about lifting to improve athletic performance as it was a blueprint for muscle building.

Hello Jan! My agenda has been outed . . . oh-oh. My first look at that book was via the library system too. Just for fun I checked to see if it's still on the shelves here, years later. I wonder who wound up with that dog-eared copy I used to take out and renew, and renew and renew . . . great book!