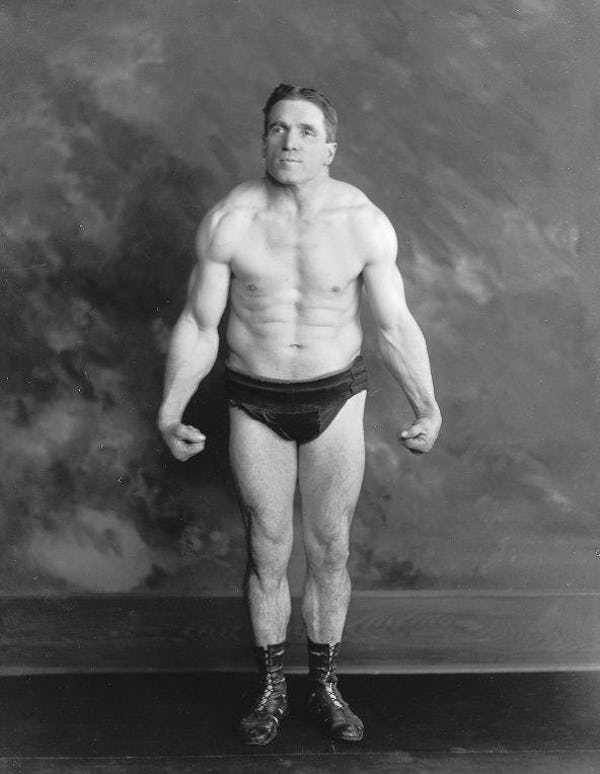 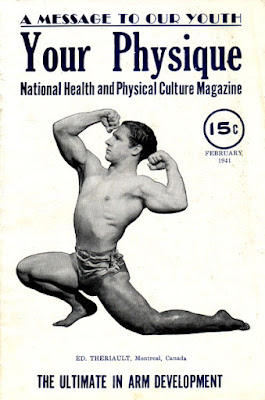 Originally Published in this Issue
Volume 1, Number 3
Courtesy of Michael Murphy
Thank You, Sir!
Arms, and how to develop them to the ultimate of development. This is the problem which all men, young or old, who are interested in body-building, would like to have cleared up and made as simple as possible to understand.
Hundreds of articles, and manifold equipment is placed before the public in helping to develop the upper arms, and much of this is a sheer waste of time. The reason is simple. In order to help them sell the equipment which they have for sale. many writers claim that by using this or that piece of equipment, and following instructions, you can develop the ultimate in arm development.
Now this is far from right, as I shall endeavor to show you in this article. I shall place before you "straight from the shoulder" facts, nothing taken away, as I have nothing to sell. The only thing I am interested in is, the true facts.
The first thing to remember is this: in developing the upper arms it is not by specializing in biceps development alone, but by all-round training will the ultimate in development of the arms result. This statement may come as a surprise and even as a shock to many of yu, but it is the truth.
Arms like that of George Hackenschmidt . . . 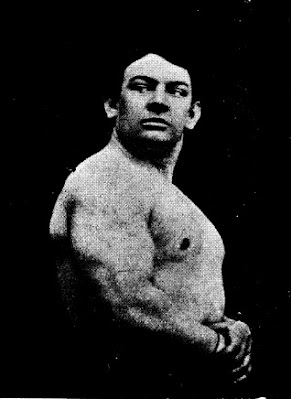 "The Ultimate in Arms"... also forearms, shoulders and traps. And while his waist is wide by today's screwy bodybuilding standards, he has a semblance of a powerful "washboard." Who knew as there are so few pictures of Dandurand. How about this wild thought: comparison of the Sandow physique vs. the Dandurand physique. Could a computer generated facsimile of this proposed showdown be brought to life?

Hello Jan! Thanks for commenting, and I'd watch the digital showdown for sure. Dandurand, hands down, and not just 'cause I'm a Canuck. He oozes strength, looks amazing for his era and, put next to Sandow in all respects, I'd say he's in another league.