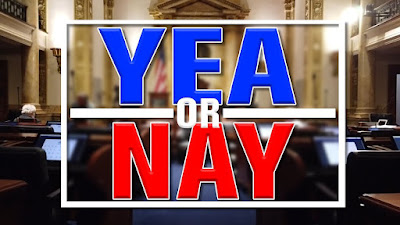 The Nay Side
by Butch Lebowitz
If you're asking if the small-boned ectomorph exists, yes. (He's the skinny guy who goes to a costume party dressed as a ghost and people tell him how rude he is for coming as a tampon.) If you're asking if these Slim Jims should be training like pansies because of their so-called special recovery needs, the answer is Hell No!
Let me clarify. As I said last issue in this (IronMan) column ["One Set to Failure: The Lazy Man's Way to a Crappy Physique"], the only way to get big, very big, is to force your body to adapt over time to more work and heavier and heavier loads while training each bodypart with a number of different exercises. Train all sides of a muscle, as Vince Gironda says. You really have to bang the holy hell out of a bodypart to make it grow beyond average. It makes sense. Drastic deeds breed drastic change.
Heavy training on many different exercises develops huge clusters of fast twitch fibers to the brink. Your mission, whether you're a small-boned ectomorph or Flex Wheeler -- who was a small-boned ectomorph when he started, the perfect example of my point -- is to figure out how to get to this level of training. If you hit the wall, you have to figure out how to climb over it so you can increase your workload, or you'll be stuck in plateau-land forever. Face it. If you want shocking strength and development, that's what you have to do or you might as well stop dreaming about it and take up gardening. You also have to train almost every day. The body will stall when it doesn't get its iron fix.
Yes, everyone's recovery ability is different but not to the point of one person needing only 2 sets per bodypart and another growing from 20. The key is to force your body to adapt, crank up the workload little by little and, as you successfully adapt, crank it up some more. The body is a super-adaptive organism. That's the very reason big muscles are possible.
And don't forget the psychological devastation. If you say you're a hardgainer, you're going to create a self-fulfilling prophecy -- you'll stay skinny because you've convinced your conscious and subconscious that it's your destiny. Screw the hardgainer tag. Get it out of your head. Stop thinking that you can't look as good as the skinny fart on the cover of Men's Health. Start pushing yourself, bud.
You'll stay a hardgainer forever if you keep training with those five-exercise, full-body, one-set-to-failure wuss routines. Start cranking up the workload -- not all at once, of course, but gradually build on what you're now doing. You'll be surprised at what your body can adapt to, even if you have six-inch wrists.
The Yea Side
by Charlie West
Hardgainers exist and, if fact, are the dominant body type in bodybuilding. Hardgainers are people who have very little recovery ability, the most precious bodybuilding commodity, and they also tend to have a small bone structure and high levels of cortisol, a hormone that causes the body to shift into a catabolic state from even minor bouts of stress. if someone says hardgainers don't exist, laugh and walk away. You're talking to an easy gainer, a steroid user or a mental patient.
Hardgainers are everywhere, and the reason most of them get frustrated and quit bodybuilding is because they adopt programs akin to the champs', rapidly overtrain and burn out. Instead, they should train with abbreviated workouts, such as five to 10 exercises performed for one or two sets each, two to three days per week. They should continually try to add weight to their exercises, but they shouldn't add sets or train more than two days in a row. That's the fastest way to send cortisol levels soaring and muscle growth plummeting.
Hardgainers must also emphasize recovery of the whole system, not just bodypart recovery, because every workout is trauma that causes a rise in cortisol and corresponding catabolism.
Patience is the hardgainer's key to gains. Small increases in training poundages over extended periods equate to more and more muscle mass. Don't get frustrated, don't add sets and don't take the champs' advice as the answer. They're easy gainers, and hard gainers should avoid their routines like the plague.
Read guys like Bradley Steiner and Stuart McRobert. They know the score and what it's like to be a small-boned lifter. Their advice is usually sound, and while it may not be as exciting as the latest mega-blitz program, it works.

Hey there-any way to post the article mentioned above, "One Set to Failure: The Lazy Man's Way to a Crappy Physique"...? That sounds like something I'd love to read! Thanks.

Hey Jake! That perked up my interest too. I want to look around here for it . . . after I find all the other "hmmmm . . . that looks interesting" stuff in line. They were pretty good little quickie debates.