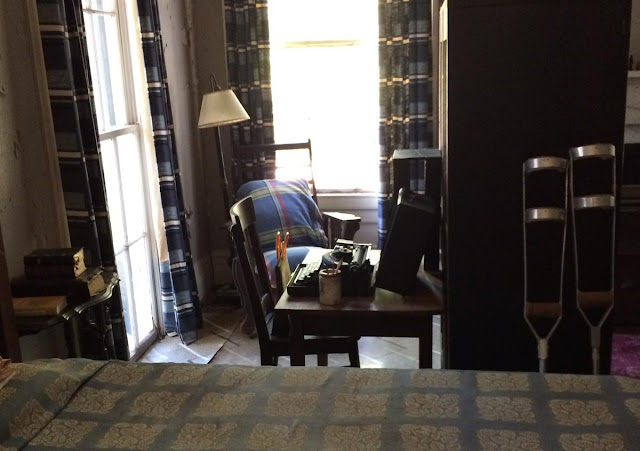 
First off, let's get one thing straight for once and forever . . .

All the rest is dumpster-fire whiner stuff of no lasting import whatsoever.
Just watch patiently, bide your time and you'll see . . .
2021 . . . Summer. . . "So long for good, losers, no one even remembers ya!"

Ah yes, the parable of the weeds and tomatoes. An Italian gardener set out to grow tomatoes and create a delicious red sauce to go with his pasta. He tilled his little patch of soil and carefully planted tomatoes. As the tomatoes grew toward the sun and approached harvest season, he noticed a few weeds of various shapes, sizes and colors in the garden. Knowing that the weeds had no merit and would only destroy what he and the tomatoes had worked so hard for, the gardener set upon them, pulling them out by their sour stalks and wisely saying, "Che Cazzo! Get the hell away from my tomatoes, ya worthless bastards!"

Summer's end found the gardener and his family enjoying many pleasing meals, with not one thought of the vile weeds from earlier that year.

I had a letter from Grimek, that worthy gentleman telling me that Willis Read, the drinking, eating wincing and training partner of Mac Batchelor had also died. John gave no details apart from what I've related. We here at the collection are trying to find out if there's any substance to the tale. I suspect there is since I never could understand how Mac and Read consumed the huge quantities of food and beer they did without having to suffer from it in later life. Mac certainly did. I know he died at 4 p.m., August 10th in his sleep - probably in a diabetic coma - he had suffered from diabetes for a long time. I also am told that his daughter, Janice, visited him frequently - she had been a source of some pain to Mac when she was younger - and has sold all Mac's collection to a cat named Harry Hill.

More on Mac Batchelor (by Charles Smith and others) here:

Mac was a great guy, full of fun and life and he will be missed by many. Quite a character I recall when my wife and I visited Mac and Liederman in the early fifties, he got me pie eyed on his home brew, telling me it was HERB TEA. I weighed around 240 at the time and his lifting me overhead with one hand and spinning me around didn't help my condition any.

There are also rumors floating around to the effect that Rick, or Rich, Gaspari has suffered a heart attack. However, Bob Kennedy phoned his father and was told the story was a foul canard, that the indisposition of the lad had merely been a case of FLU. Hmmm.

Sergio Oliva is out and about, having had to be taken back into surgery and stitched up because of renewed bleeding. It is sad the surgeons didn't remove the bullet because, although it posed no immediate threat to Oliva, it was in a dangerous position.

This I regard as so much hogwash. For starters, he was shot with his own .38, a weapon that will shove a slug right through you, hitting bone or not.

I also feel the docs wouldn't have left it in if it was posing a danger to the man. All this nonsense started over an argument - so I was told - as to who was to take out the garbage. He said You do it. Spouse said no YOU. Argument heated up with Sergio suggesting spouse do something impossible to herself and she replied AFTER you've taken out the garbage, whereat he began to thump her around the apartment, she grabbed his service sidearm and let him have it. I fancy his Internal Affairs Division has already had a good long chat with him over the availability of his revolver since all Police Departments insist and demand that when off duty, officers keep their guns locked up in a box with the owner of the gun keeping the key of the box on his person.

Don't know if you have heard the news that the Brooklyn Flash, AKA Dan Lurid has been elected to the AAU HALL OF FAME. Honest. I am wondering how, by what premise they arrived at this decision. There's hope for me if this story is true.

Back to the case of Oliva. I understand he didn't press charges against his wife and I am also told the D.A. won't do anything about it. I am also wondering what number this wife is, since according to an article that appeared about Oliva in the late S&H, when he "defected" from Cuba, he left a WIFE AND CHILDREN THERE. You might of course know that he was a pretty good 198 lb Olympic lifter.

As for Dave Johns, there is a story behind the story. Johns actually died from a particularly nasty disease called colloquially VALLEY FEVER - correct name COCCIDIOIDOMYCOSIS, a fungus disease anemic in some California valleys. It is rarely contracted by women and only 1% Caucasians get it. 20-25% of bLacks, Mexicans and Filipinos get it. It is fatal in 50-60% of cases and has two forms, one progressive and the other acute. There is little that can be done in the progressive stage apart from shoving you in bed and pumping you full of Mega vitamins and antibiotics. Incubation period is from 10-20 days.

Now, Johns had gone to the hospital complaining of severe respiratory distress. They shoved him in bed and off he pops. They were unable to make a diagnosis so they did an autopsy. They found one lung collapsed, the other abscessed and his liver shot to hell and back. Diagnosis: Valley Fever. Now in every manual I have, it instructs that if there is any chest trouble - in California - and a diagnosis can't be made, Valley Fever should be at once suspect.

BUT, my daughter tells me that since Johns used STEROIDS a lot, THIS is what actually laid him open to the disease since steroids will lower the body's resistance to infection much like AIDS. Chalk another one up to the muck so-called bodybuilders use these days.

As for my article on the Master Blaster, AKA the Wunderkind of Woodland Hills, I told nothing but the truth. I could have said a lot more, but if I had done so the mag would have banned it for containing obscene material.

Kennedy keeps saying he has sent me a copy of the mag, but like Christmas it is coming though it has not arrived yet. But from the letters I have been getting to the effect that "I didn't know Weider was so strong," and "I didn't know Weider could do REP presses one arm MILITARY with 100 pounds." Some words I didn't write have somehow or the other crept into the article. But I shall have to wait until I get a copy and then holler if my words have been altered.

I was TOLD by Sig Klein that the MM and WHW had ONCE pressed a 100 pound dumbbell military. I personally saw him do a 300 C&J on an ordinary bar and we gave him credit for 310 since we didn't know how much the bar and rather heavy collars weighed. As for his claims he bench pressed 350 and curled 180, BULL'S BOWEL MOVEMENTS. He was much lighter than me and I was also much, much stronger than he was. I can well remember when I benched 390 and the envy on his face.

One time Marvin Eder and I had a one hand deadlift contest. Joe was present. I was well into my forties at the time. I topped out with 420 and Marv finished with a 410. Joe exclaimed, "Hope I'm as strong as you Charlie when I reach your age." What Joe claims and what are FACTS are separated by a gulf 10 million light years wide.

What do I know of Jones of Nautilus - the EX OWNER of that company? Not much except by the usual weight training grapevine, which might have some substance and might not. For instance, I know that Jones owns a huge herd of elephants. Now what the hell would a man want with all those elephants Could he not do something more useful with his money? I also know he owns his own gorilla. The same query expressed above applies here.

I have also been told he is a very gritty character. He is ALLEGED to have run Bruce Wilhelm off his place when Bruce disagreed with one of this theories. I am also told that he allegedly pulled a gun on Arnold S when that worthy said something he didn't care for. I also know that he married his present wife - she is in her late twenties now - when she was SIXTEEN YEARS OF AGE and began dating her WHEN SHE WAS FOURTEEN.

I also am told that he tried to buy IRON MAN suggesting to El Darden that he run the mag for Jones. Terry Todd called Darden who said that he had been approached and had turned down the offer because, as he told Terry, he didn't want Jones hanging over his shoulder or chewing on his guts 24 hours a day. I am also told by those who have visited the plant in Florida that in front of his desk he has a bank of television sets to enable him to watch what is going on in every part of his plant and offices. 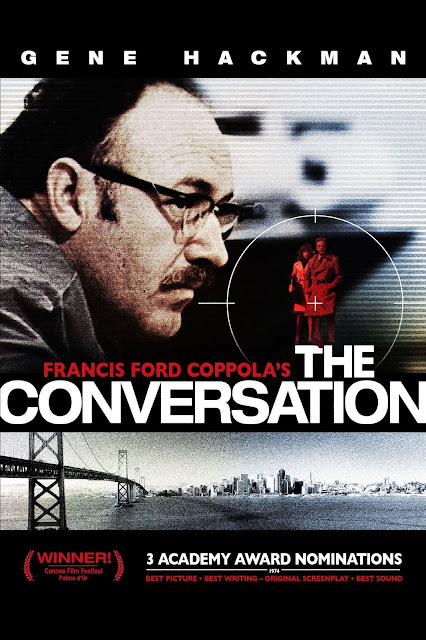 Re-viewed this last night. Coppola created it between the first two Godfathers. If you haven't seen this film yet, I suggest you do. Matter of fact, don't visit my fucking blog again until you have, Soldier.

As comment on the above I would cite the dictum of Lord Acton, who, in reply to a letter he had received from an Anglican Bishop as the results of power, said, "Power corrupts and absolute power corrupts absolutely."

You know, one need not wonder long or hard over what Charles A. might have thought of the current short-term nonsense. Come to think about it, and please do, it's nor hard at all to imagine what any notable rational man or woman from History would think of the dribble these fools are peddling to tools.

Oh Gosh and Dang It, why not have a quick look at this article by Reverend Ben Johnson of the Acton Institute, whose mission is to promote a free and virtuous society characterized by individual liberty and sustained by religious principles . . .

The area below contained views expressed that I deemed not diluted enough.

The reason you're visiting this site continues . . .

I had someone write me the other day from England asking if I didn't think a certain personality from California hadn't done more for bodybuilding than anyone else in history. I replied to the effect that one must qualify what was meant by "done a lot more than anyone else for bodybuilding." After all, it is possible to remark that Hitler did a great deal for Germany - but WHAT A DEAL? Or that Mussolini made the Italian railways run on time, forgetting all the HARM THAT WAS DONE.

There is no denying that the man from California has done a GREAT DEAL FOR HIMSELF - a la Hoffie of York, while at the same time doing a great deal of harm to the Game by utterly commercializing it to the point where the participators think not of the good they will derive of it via better health, companionship and friendship but of how much MONEY they can make from it. This is not sport, but PIMPING. [Sound a little familiar?] What a world we live in. The gall of Hoffie being a supporter of Amateurism at the very time he was hounding Marv Eder out of the AAU, all the while Hoffie having TWO FAMOUS LIFTERS on his York Barbell payroll and this in direct defiance of AAU rules.

But enough of this.