Just a wee reminder before we get started . . . 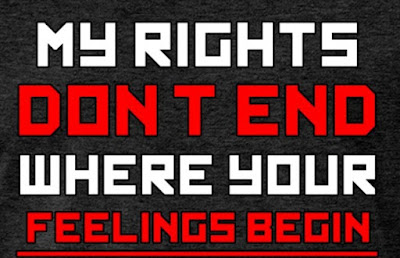 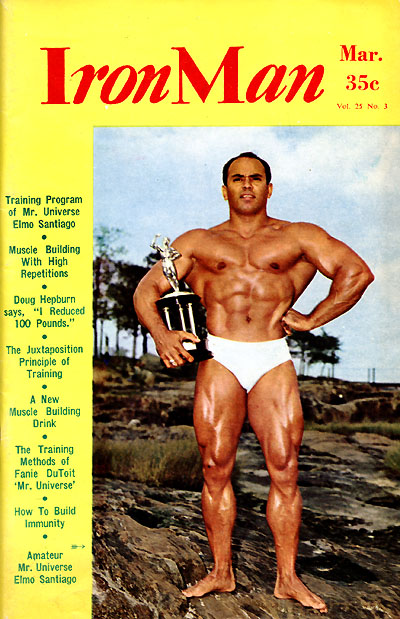 Originally Published in IronMan (March, 1966 issue)
Look at that article title on the left panel:
"How To Build Immunity"
They jeered in '66 but
who's laughin' now!


The Boys From Belleville
by Ralph Countryman 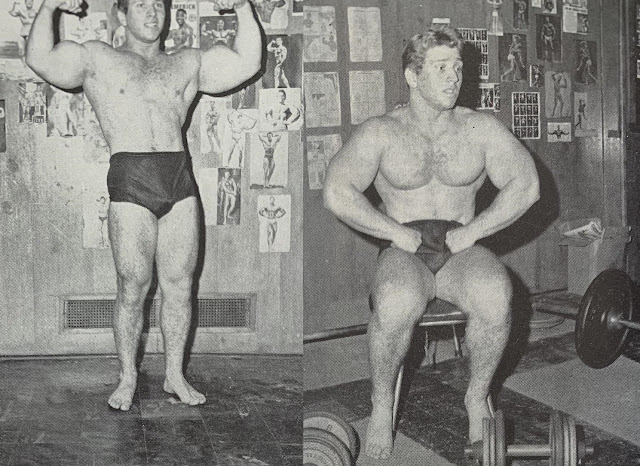 Phil Grippaldi may not be a physique title winner, but he certainly ha a magnificent physique that is all solid muscle, and has some of the largest, if not the largest, muscular arms of any teenager in the world, with 20 inches, which he possessed at the age of 16. He amazed the audience and the officials when he came out to lift at the Teenage Nationals this year. Such size, muscularity and power is just too unbelievable in a teenager! His chest of 50" tapers to a waist of 32.

Phil is Phil Grippaldi, whom followers of Lifting News know from his string of successes in Olympic lifting. Phil is fast becoming a legend. Mike is Mike Guibilo, who is known only to his intimates and to others by a few news items in the strength magazines. Mike is fast becoming a myth. IronMan, which deals only in facts, enjoys smashing legends and exploding myths. So we sent out ace myth-buster to Belleville to have a look-see. He reports that unless measuring tapes shrink on the long trip from California to New Jersey, the legend is truth and the myth more fact than fiction. The tape had discovered its first ever 19-inch arm in Chicago, but it was hardly prepared for the massive chunk of muscle that Phil Grippaldi calls his arm. 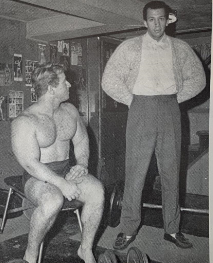 Phil Grippaldi and Mike Guibilo are training partners. Mike is a fabulous giant of a man being 6'4" and weighing 248 pounds and more at times. His arm goes as high as 23 inches, with a chest of over 58 at times when weighing 265. His thighs at that weight are 26 with calves of 18. He has a terrific forearm of 18" and as far as we know has never been beaten at wrist wrestling. Mike became interested in weight training at about eleven, but didn't get really started until he was thirteen. Now, at about 21, his huge upper body tapers down to a tiny 32 inch waist. Mike is very religious in the regularity of his training and works extremely hard every day. He has never permitted anyone to take his photo stripped but has promised some photos for IronMan soon.

Phil works under a handicap of sorts; he confines his bodybuilding to the summertime when lifting is dormant in his area. It also happens to be the time when his coach, Butch Toth of the Keasby Eagles closes the gym and goes fishing. Butch looks down his nose at power lifting and passionately dislikes bodybuilding. So Phil has only a hurried three month program to work on his arm goal as he has to let his arms drop back to about 19 inches to control the weight properly in the clean.

In spite of the arm kick, Phil has no aspirations as a bodybuilder; he's too good an Olympic lifter for that. In the year and a half he's been lifting, he has entered close to a dozen meets. He has one third place, one second, and the rest firsts to his credit. Only three of these meets were teenage meets. His best individual lifts (practice or meet) were all made in the same meet - 305, 370, 340, for a 915 total. So, it's obvious that Phil is a competition lifter.

His goal in lifting for the coming year is a 950 total. He could also make it as a power lifter, although he's never entered that kind of competition. He has bench pressed 430, squatted with 505 (he did 420 when still 15), and can dead lift 600. If all put together in one meet, he would have beaten the present Junior National champion by 90 pounds.

But don't get the idea that it is only his uncommon strength and development that set Phil apart from other teenagers (these pictures were taken one month after his 19th birthday). He has the drive and enthusiasm expected of youth, but he also has a maturity that belies his years. His exposure and travel in competition have helped; but it's his frank assessment of his achievements and his clear-eyed setting of attainable goals that impress. There is no conceit, no dwelling on his accomplishments - just a stating of them as a prelude to greater achievements to come. And there is no apology for limited goals. When they are achieved (and with Phil you get the idea it's only a question of when, not if), there will be others. And they'll undoubtedly be met too, because Phil sets his sights on what he knows is possible for him and leaves the wishes to others.

And what is that Grippaldi arm routine? 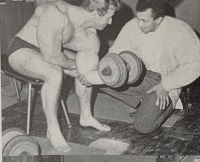 It's borrowed from his coach, Mike Guibilo. Phil and Mike are workout partners; both have well equipped basement gyms where they work out alone or together. Mike sets up the torso routines for the two of them; Phil works out the leg routines.

Phil's summer routine is split into a two day routine, six days a week. He uses 8 repetitions on all sets, feeling that this number is the best for him in in attaining a desirable amount of definition. He uses maximum weight in all sets to gain the utmost in size.

Even though we have a picture of Phil doing a situp, he's a stranger to the board. He doesn't use it in bodybuilding, and he's a strict type of presser who hasn't found the need for additional abdominal strength to develop a whip-press.

The above is the afternoon workout. In the evening he tapers off with 8 sets of squats.

Phil finds a problem in warming up his thick muscles; this is complicated by an old football knee injury which bothers him when lifting. He's given up football completely for lifting now. In competition or practice he finds he has to warm up at least 15 minutes, preferably 30.

During the lifting season he warms up, works on the three lifts in order, for form then does high pulls, front squats, and squat cleans with increasing weight. Then if Butch isn't looking, he may work in a curl or two.

Mike doesn't have a lifting coach looking over his shoulder. He is strictly a bodybuilder and has been since he was 13. Unlike Phil who was short and skinny when he started, Mike was tall and skinny - 5'11" and 130 pounds. He played school football but always there was bodybuilding - five days a week, usually two sessions a day, one spell of 3-1/2 years without a single break and never more than 3 or 4 days without a workout. A killing routine, but Mike has the results to show for his efforts. In the pictures of Mike and Phil together, Mike is wearing a sweater that seems to be bulky. But that bulk is all Mike and the sweater is stuffed with nothing but muscles.

Mike is at a crossroads now. He is trying to decide whether to take the quick wayh to sudden glory via the professional contest or the slower amateur path first with its broader-based competition, greater coverage and more significant titles. In any event, he just finished a two month layoff because he felt he was growing stale. He was just now commencing a new routine to give greater emphasis to his legs which he admits do not match his torso.

Mike is only 20 now but has not set a definite period yet in which to achieve his goals. Perhaps the fact that he intends to marry shortly with a resultant change in workout routines makes him cautious about predictions. If determination and hard work count for anything, Mike is halfway there already.

Look at his routine before the layoff:

1) Bench press varying the position of the incline but not the weight or the sets which were always 3 with 8-10 reps each. He had 5 positions from flat on up through the four notches of his bench to nearly 90-degree incline. He has done a wide grip, touch and go bench press with 548).

2) Seated press behind neck (the basement ceiling is too low to permit him to stand, and besides, he feels he gets more or what he wants out of this way), 4 sets, 6-8 reps, 350.

4) Dumbbell curls (strict, as are all of his exercises for maximum benefit), 8 sets, 8 reps, 68 pounders.

1) Sometimes squats, depending on how he feels.

3) Peak contraction curls again, but only with 55 pounds.

Mike has found over the years that he could make gains for about 6-8 months before reaching a sticking point. Then he'd change routines and continue on to the next sticking point.

While the above routine is highly specialized, remember it was the latest of many Mike has devised for his own needs and desires. His torso development seems unbalanced, but Mike has no intentions of entering contests until he can present overall balance. Until then the myth of Mike will grow, and grow, and grow.