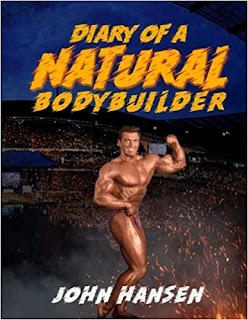 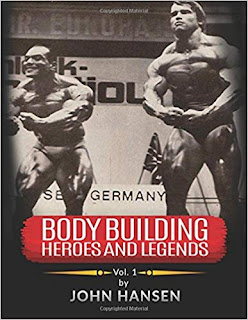 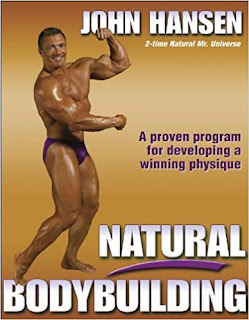 How can I tell if I have good genetics for bodybuilding? I just began training, and I can't even imagine looking like some of those guys I see in the magazines. Am I just wasting my time?


Genetic potential is usually not something you can easily determine when you first begin a training program. There are aspects to genetics that many bodybuilders aren't aware of. You may have good genetics for long term development and not even realize it.

The first aspect of genetics is your bone structure. The ideal structure for bodybuilding is wide shoulders and a narrow waist, a look made famous by Steve Reeves and Sergio Oliva. A big ribcage is also impressive, since it adds depth to the upper body. Can you imagine Arnold's impressive side chest pose without that huge ribcage?

The size of the bones is relevant as well. A heavy, thick bone structure may be an asset in sports such as football, rugby and powerlifting but may detract from the symmetry of a physique in bodybuilding competition.

The length of the individual bones determines the look of the physique. Some bodybuilders such as Lee Haney and Ronnie Coleman, have a short torso and long legs. Still others, such as Nasser El Sonbaty and Mike Matarazzo, have just the opposite, a long torso and short legs. Arms or legs that are too long or too short may detract from the overall look of the body. 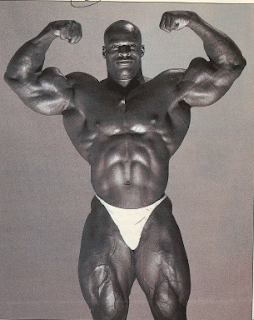 After considering the structure of your physique, you need to look at the muscles themselves. The shape of the individual muscle groups is genetically determined and can only be enhanced, not altered.

Compare the round pectoral muscles of Mr. Olympia Chris Dickerson 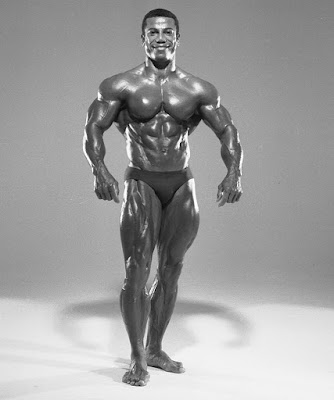 with the wide square pecs of Steve Reeves 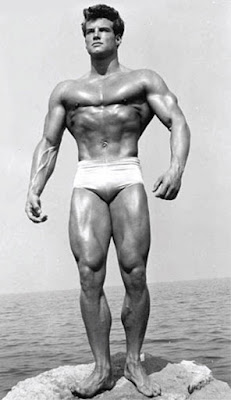 Also, check out the long, full biceps of Larry Scott 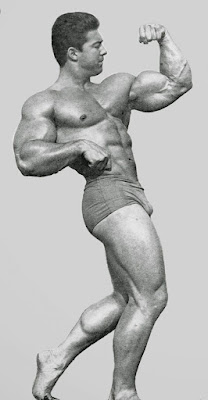 compared to the short, peaked biceps of Albert Beckles 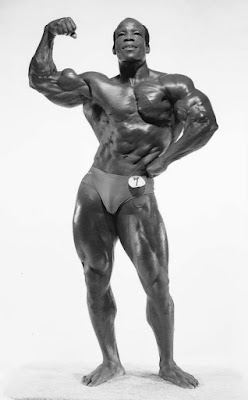 The bodybuilders inherited those muscle shapes;
they didn't train for them.

In addition to the shape of the individual muscle groups, there are the muscle cells. We all inherit a certain number of muscle cells for each muscle group. Notice how some individuals have huge, perfectly shaped calf muscles with little or no training. They were blessed with an inordinate supply of muscle cells in that bodypart.
In most cases even world class bodybuilders have a few bodyparts that are outstanding and a few that are weak. That's most likely due to the number of muscle cells available in each bodypart. Mr. Universe Kal Szkalak had an upper body that could be compared to Arnold's, but he couldn't develop his legs to match it. Franco Columbu could never build his arms to match his incredible torso. Gary Strydom's lat development was inferior to his pecs, delts and arms. Very few bodybuilders, even the professional ones, have bodyparts that are all in perfect proportion.
There's also the muscle fiber type to consider. Fast twitch muscle fibers are used for activities that involve speed and strength. Slow twitch muscle fibers are used for slow, sustained activities such as endurance sports. Many world class sprinters are thought to have a greater proportion of fast twitch fibers, while world class marathon runners have a larger proportion of slow twitch fibers. The genetic distribution allowed them to rise to the top of their prospective sports.
Most world class bodybuilders probably have a greater amount of fast twitch fibers in relation to the slow twitch fibers. The fast twitch fibers are more likely to contribute to size and strength, and it's the development of those fibers that will add massive muscles to your frame. If you have a greater proportion of slow twitch fibers, it may be much more difficult to develop the mass you desire.
Your metabolism is also a factor. Some bodybuilders have extremely fast metabolisms - ectomorphs - and find it almost impossible to gain appreciable muscle mass and bodyweight. Others have extremely slow metabolisms and cannot gain lean body mass without adding significant amounts of bodyfat. Either extreme results in difficulties in making gains in bodybuilding.
As I said in the beginning, however, it's impossible to determine your ultimate genetic potential until you begin training. There are many bodybuilding superstars who certainly didn't look like they had any potential whatsoever when they began training. Lou Ferrigno was too skinny to make the high school football team when he was in high school. Samir Bannout was so skinny his knees were bigger than his thighs when he started training. Franco Columbu, Frank Zane and Larry Scott are all Mr. Olympia winners, but they didn't look like they would ever win the Mr. Intersection title when they commenced their bodybuilding programs.
Some bodybuilders grow very easily but don't have the right bone structure to progress to the professional ranks. Tim Belknap, the '81 Mr. America, grew incredibly fast and revealed a physique that was ahead of its time as far as thickness and muscularity were concerned. When Belknap reached the professional ranks, however, his physique was largely ignored by the judges, and he retired a short time later. His frame, although packed with massive thickness, was too straight up and down and lacked that sought after V-taper.
Ronnie Coleman, on the other hand, always had great bone structure. As Ronnie entered the professional ranks, he was also ignored by the judging panel because he was not big or hard enough. As he began to get bigger and harder, Coleman quickly rose to the top of the bodybuilding pile. Without his incredible structure, though, Ronnie would never have been able to dominate the sport as he has done.

You may have the type of metabolism or genetic makeup that encourages slow gains instead of rapid rewards. Arnold was able to win the Mr. Universe at the age of 20 - after only five years of training - and went on to become the youngest Mr. Olympia winner three years later. Frank Zane, on the other hand, became Mr. Olympia at the age of 35, after more than 20 years of training. Zane didn't have the genetics that allowed for massive size and strength, but he trained for symmetry and shape, and after years of hard work and superior nutrition, he was able to achieve the top title in the sport.

Are you wasting your time?

You need to make an honest assessment of your physical potential and ask yourself if you're willing to put in the hard work, discipline and positive attitude it will take to reach your genetic potential. There have been many bodybuilders with incredible genetic potential who were easily defeated by someone who had fewer genetic gifts but was hungrier, smarter and more aggressive.

My advice is to work hard until you get what you want from your body. When I began training as a skinny 14-year old, I weighed 135 pounds and sure didn't look like I had any genetic potential for bodybuilding. I didn't win my first Overall title until I was 23, when I won the Mr. Illinois contest. I didn't win the Natural Mr. Universe until I was 29, after 15 years of training!

I always knew I had a good structure; I just had to work hard to build the thickness and size I needed to fill that structure out. I knew from the very beginning that I would build a Mr. Universe physique. I just had to convince my body that I was right.