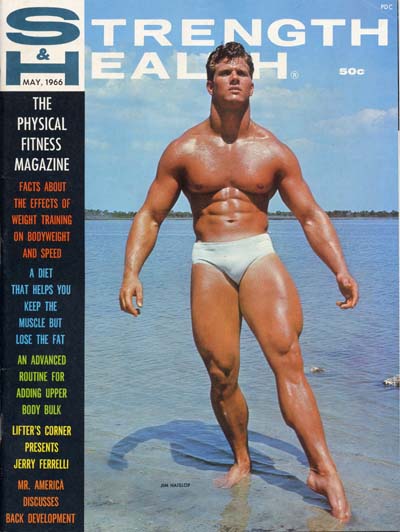 The little boy drowned about one o'clock Sunday afternoon. The police phoned up and then sent a car for me.

I knew the driver. He'd been working out down at the gym without much success for about a year now. I'd put on my wet suit when I got the call and he helped me load the rest of my gear in the back of the car. I climbed into the front seat beside him.

"What happened?" I asked.

"Little boy," he said. "Playing on the fishing boats and he fell in."

We drove through town and turned on to the dike, the policeman driving very slow and careful because of the snow packed on the road. We pulled on the fish wharf and stopped and we got out of the car.

There was another police car there and the Fire Department inhalator truck with its motor running and the red blinker flashing on the roof. One of the firemen came over and held my tank for me while I wriggled into the harness.

I picked up my flippers and walked to the end of the dock. The police were heaving grappling hooks out into the river and pulling them back in slowly.

"You wanta quit while I'm in the water," I said. "I don't want you digging me with one of those things."

"Sure." He coiled the line, his thick mitts making it slow and clumsy. "What d'ya think?"

"I dunno," I said. The slush ice on top of the river was sliding by fast. "If he hung up on a snag or something we'll get him. Otherwise he's probably halfway to China by now."

I tied the safety line and gave it to the policeman to pay out.

The river looked like old coffee on top, but it was jet black on the bottom with no visibility at all. O worked my way out in widening circles, probing around in the soft muddy bottom with my hands. I went slowly because the bottom was littered with tin cans and broken glass from the fish boats.

I worked till my tank was empty and then surfaced and climbed back up on the dock.

"No luck?" the policeman asked.

I shook my head. "I'll try another tank." My lips were stiff and the words sounded distorted. "I don't think it's any use."

I walked over and sat in the back of the inhalator truck. The firemen threw a department blanket over my shoulders and handed me a mug of hot tea. "One of the fishermen made it."

I don't like hot tea, but I sipped it anyway. I was starting to shiver a bit.

The policeman who works out at the gym came over and stood beside me.

He picked up my mask and turned it over in his hands. "Can you see anything down there?"

He shivered. "I dunno. My nerves wouldn't take it."

I sipped the tea. "There's nothing down there that can hurt you."

I pulled the blanket tighter around me. "You got bad nerves."

"How long have you been working out?"

"Nothing," I said. "Only weight training's the best thing in the world for your nervous system. You oughta have nerves like a cigar store Indian by now."

I sipped the tea. It felt hot in my stomach. "I've watched you at the gym. You don't seem to be doing too much."

"On the in-between days."

He told me and I said, "No wonder you're jumpy, that's too much."

"Sure," I said. I finished off the tea and set the cup down. "You're trying to gain weight, aren't you?"

"But I bet you're not gaining any."

"You won't either," I said. "Not till you get your nerves settled down."

I shut off the empty tank and unscrewed the regulator. "You can use nerves like a kind of a barometer. If you're calm and relaxed most of the time, then you're in good shape for gaining weight. But, if you're all shook up and frazzled, then you won't gain no matter what you do."

I picked up the mouthpiece and blew muddy water out of the regulator. "You gotta get your nerves in shape before you even think about gaining weight."

I took the dust cap off the other tank and screwed the regulator on. "Well, first of all," I said, "cut down on your training a little bit, and get more sleep for a while. You've probably gone stale. Any time your nerves are all unscrambled it's a pretty good sign you're overworking."

"It's like putting money in the bank," I said. "Put in more than you take out and you build up a balance. But take out too much and you're in trouble."

I cracked the valve on the new tank and sucked air in through the hose. It tasted flat and metallic. "It's the same thing with weight training. The right amount builds you up a balance of energy and nerve tone. But if you overdo it, then you deplete your energy supply and your nerves come all unstuck."

I laid the tank down and straightened the kinks out of the air hose. "When you go stale and your nerves get bouncy you should pay special attention to your diet. More calcium and a big boost in the B vitamins is the best way to overcome staleness and nerve trouble."

"You mean I should eat something special?" he asked.

"Right," I said. "Supplements. It's tough to get enough of the B vitamins in your regular diet. The best way is to take supplements rich in them."

I picked up the weight belt and checked the release buckle. "York puts out a good liver, iron and B12 tablet. Try them." The buckle was sticky. I wiped the mud off it. "I think your best bet, though, would be to combine them with the Gain Weight tablets. It'd serve a double purpose since you're trying to gain weight anyway."

"I think so. The mechanics of  nutrition and nervous energy and so on is a pretty big subject. I'll explain more of it to you some other time if you like." I wiped out the inside of the mask. "Just cut down on your training plus take the supplements for now and don't worry about it."

"Good. Now give me a hand with this, will you?"

He helped me into the harness and I strapped on the tank and weight belt.

"When should I stop taking the supplements?" he asked.

I stuck the mask on and slid it up on my forehead. "Don't quit. You should be taking them anyway if you're training. If you'd been taking them all along you probably wouldn't have gone stale in the first place."

I picked up the flippers. "You'd have gained more weight, too. Don't forget that muscular weight depends on proper nutrition as well as the right amount of exercise."

We walked down to the end of the dock. The crowd had been milling around, but now they quieted down and watched. "Busy place," I said. "I wouldn't mind having a fish and chip stand here."

I shook the snow off the safety rope and handed it to him. "Take it easy with this."

I looked at him carefully but he never changed expression. "Cool," I said. "Get it?"