The Perils of Perfectionism - Jud Biasiotto (1982) 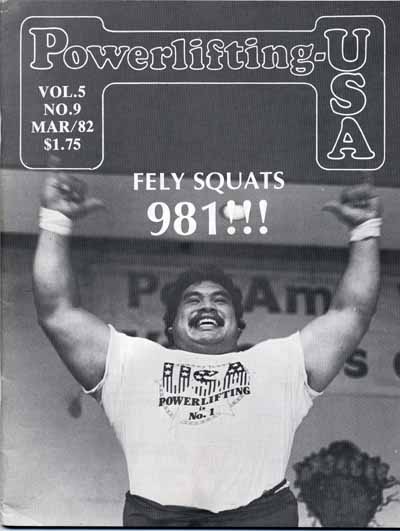 We live in an achievement oriented society, but achievement is often confused with perfectionism. Slogans like: "Give it your best shot," and "Do it right or don't do it at all," are seldom questioned. Parents and leaders admonish us to always do our best. Hit songs like "The Impossible Dream" have glorified the struggle to reach impossible goals.

Just because you are concerned about quality and have high standards does not mean you are a perfectionist. We're talking about a more generalized personality trait. The individual is preoccupied with doing things "perfectly." This personality characteristic is a dominant feature which has overriding importance. The perfectionist assesses his worth as an individual in terms of his accomplishments. We're talking about someone whose whole existence is geared toward superior achievement. If you're seriously wondering, "What's wrong with that," you may very well be a perfectionist. What's "wrong" is that such individuals suffer a great deal of personal distress, and ironically may end up achieving less than they would have if they weren't trying to be so "perfect."

As we have said, perfectionists define their worth as individuals in terms of their accomplishments; they are usually unhappy and dissatisfied, but feel this is the price they have to pay for success.There are other traits that most perfectionists have in common. Surprisingly, they usually have low self-esteem. Failures are likely to result in self-criticism and depression. Successes aren't satisfying because the perfectionist is likely to feel that he should have done better.

Perfectionists believe that others achieve their goals more effortlessly, and with less stress, therefore, they view themselves as inefficient and inferior. Typical cognitive styles include dichotomous or all-or-none thinking. That is, you are either a success or a failure; things are either good or bad. They are preoccupied with past failures, and given to over-generalization. For example, no matter how long your string of successes, if you eventually fail, you're a failure . . . rather than someone who may have failed in one particular instance.

Perfectionists generally have poor interpersonal relations. Perfectionists attempt to impose their standards on others, and are super-critical. If some extraordinary individual does measure up to their standards, they feel threatened and dread comparison. The anxiety and stress they feel about performing makes them hostile towards those whom they view as potential critics. Generally, though, perfectionists are their own worst critics.

The Gain-Loss theory of rewards states that increases in rewards are especially rewarding, whereas decreases in rewards are especially punishing. In other words, when we get used to a certain level of rewards, it becomes taken for granted, we may feel content, but not really excited or thrilled about the situation. In order to experience a greater sense of reward, there must be an increase over what we have become used to.

The relief provided by outstanding success is only temporary, because the perfectionist feels compelled to raise his standards even higher. As his standards rise, he moves up to correspondingly higher levels of competition. Moving up may be viewed as a reward in itself, but often it causes performance anxiety.

Most of us take slight fluctuations in rewards in stride -- such rises and falls help make our lives interesting, but the perfectionist is preoccupied with proving his self-worth, so his happiness in much more closely tied to performance rather than other things. Unless there is a commensurate increase in skill, success may turn out to be cruel punishment for the perfectionist, because it may cause him to elevate his criteria for success to more frustrating levels. Tasks become more difficult, and the competition more severe. Even if his abilities improve, the perfectionist experiences diminished returns as he approaches his potentials.

It is not uncommon for experienced lifters to spend years trying to add just a few extra pounds to a particular lift. Sometimes an injury can be a blessing because it lowers the performance expectations. The injured lifter has an opportunity to experience improvements in performance again by making a comeback. Injuries can also provide an ideal way of showing how really perfect you are, that is, if you can perform well in spite of injuries. Medical doctors often contribute to this potential for recognition because they usually err on the conservative side when predicting whether or not or how long it'll take to recover. After all, there is less risk for both patient and physician in making this type of error than there would be in stating that it was all right to start lifting again when it really wasn't.

Sometimes athletes of only modest capability achieve an outstanding level of performance by dint of supreme effort. Overachievers, as they are called, can be especially frustrated when they encounter stiffer competition of higher standards, because they are already working about as hard as they possibly can. Therefore, they will no longer be able to compensate for the lack of natural ability.

Why doesn't the perfectionist just quit? Although withdrawal and procrastination are related to perfectionism, it's not easy for the perfectionist to quit trying because he has been taught to measure his worth as an individual in terms of performance. He does have a chance to earn the respect of those he cares about and thus gain self-respect -- all he has to do is try to be "perfect." An extreme but unfortunate instance of perfectionism occurred when a man was so desperate that he would have committed suicide if it wasn't for the fear that he might fail at that too!

Giving up perfectionism is especially difficult because if is often a deeply ingrained aspect of one's personality, and something that developed very gradually over the years. Then too, perfectionists do meet with considerable success -- even if it isn't often satisfying. Studies have shown that even infrequent satisfactions can maintain behavior. In fact, intermittent reinforcement, as it's called, can make the behavior more persistent because it teaches us to expect to be rewarded eventually.

Are perfectionists really better? This is a crucial issue, because if perfectionism leads to superior achievement, we might feel that the end justifies the means -- that the personal suffering is worth the individual and social benefits. On the other hand, if perfectionism is not an essential ingredient of achievement, then it is probably something that ought to be cured.