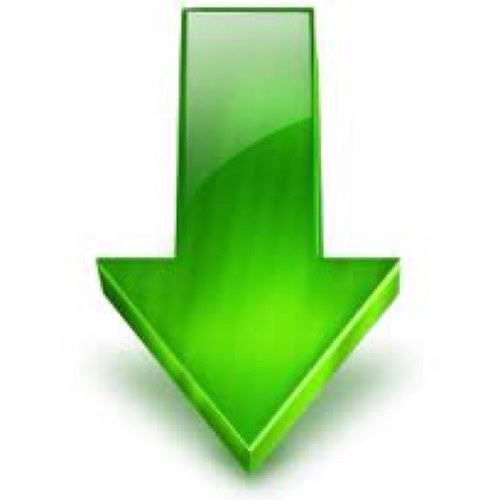 Science is finally proving what many bodybuilding experts have been preaching for decades -- that the negative, or eccentric, part of a repetition is extremely important for size and strength gains. Consider the following examples:

"In a recent study the eccentric phases of weightlifting movements proved responsible for hypertrophy in a group of subjects . . . This study provided the first hard data that eccentric contractions are the parts of exercises that optimize muscle fiber hypertrophy. [Eric Sternlicht, Ph.D., Research, IRONMAN, November 1991.]

"Great," you may be thinking. "Because I always lower the weights with complete control to take advantage of negative resistance." Before you go patting yourself on the back for getting the most out of each set, however, think about what's really happening with regard to eccentric contraction. Remember that you're quite a bit stronger on the negative stroke of a repetition than you are on the positive, or upward, movement. Therefore, your negative strength isn't being taxed that much, if at all, during this controlled lowering with your regular positive-negative sets. The weight us simply too light. In fact, you are so much stronger during the negative portion that you could easily stop the lowering motion and hold the weight where it is for an extended length of time.

Now, this doesn't mean that you should ignore the negative phase and simply drop the weight; you should continue to lower the weight slowly in order to reduce the risk of injury and prevent effort-robbing momentum, which perverts your form and limits gains. To take advantage of the overwhelming mass-building benefits of eccentric exercise, however, you have to do some form of negative-overload training on a regular basis.

After you reach positive failure on a regular positive-negative set of an exercise, you could continue to lower that same weight for many more repetitions if someone raised it for you. This illustrates the fact that you aren't taking your muscles to failure in the negative phase of each exercise, which means that your negative strength isn't getting the benefits of overload. Arthur Jones, the creator of Nautilus machines, realized this fact back in the early '70s and set out to test the negative waters, so to speak.

To determine the effects of negative-only training, Jones put Casey Viator, the '71 Mr. America, on a brief negative-only routine. Jones had two or three "helpers" follow Viator through his workout and lift the weight on every repetition of every exercise so that he performed only the lowering, or negative, phase. Viator did absolutely no concentric, or positive, work. It didn't take Jones long to realize the importance of eccentric contraction. Viator achieved amazing results, and Jones reported on his experimentation.

One reason this type of training is so effective is because it is very high intensity, while the amount of work is very low -- you hardly even breathe hard during or after a negative-only set. This means that you don't tax your recovery ability nearly as much, a considerable boon to the hardgainer, whose reserves are scarce to begin with. In other words, with negative-only training you get intense, efficient muscle stimulation without draining your energy reserves.

Energy conservation isn't the only benefit. These negative-only workouts are also safe -- perhaps even safer than a normal positive-negative workout. While you use much heavier poundages for negative-only work -- 40 to 50% more weight -- due to your higher level of strength in the negative phase, you lwer the weight at a reduced speed -- 6 to 10 seconds -- and there is no momentum involved.

It sounds good so far, but there are a couple of cons. One of the negatives of negative-only training is muscle soreness. Scientists believe that eccentric movement is almost totally responsible for the microtrauma in muscle tissue, which they think is the cause of the achy aftereffects of a workout. So if you want to be able to function normally on the day after negative-only training, don't go overboard with it.

Another con is that in order to do negative-only work in many exercises, you need one and sometimes two strong training partners, as Viator had, to raise the weight into the contracted position on every rep so that you can lower it. This isn't very practical, to say the least, especially for solo trainees. Luckily there are a few ways around this problem.

Concentration curls, one-arm dumbbell row and one-leg calf raises allow you to use two arms or legs to get the weight into the contracted position so that you can lower it with only one arm or leg. In the concentration curl, for example, you hold a dumbbell in your right hand with your right arm extended, grab your right wrist with your left hand and lift the dumbbell to your shoulder using the strength of both arms. Now release your grip with your left hand and lower slowly with your right arm. Repeat until you can't keep the negative movement going for six seconds or more.

Here you work on a machine with a movement arm that allows you to use one or two appendages. A leg extension machine is a good example. To do a negative-accentuated set, you load the machine with about 30% less weight than you would use on a regular positive-negative set. Raise the weight with two legs in normal, two-second fashion, remove your right leg from the movement arm and lower slowly for 6 to 8 seconds with your left leg only. When you reach the bottom of the rep, raise the weight with both legs again and lower with your right leg only. Continue alternating like this until you can't keep the negative movement going for more than 6 seconds. When you try this, you'll realize that you're not getting much benefit from the positive phase of the movement. The weight is fairly light; however, because you lower that same weight with only one leg, the weight "becomes" heavy for the negative phase.

This is for chins and dips. On chins, for example, place a bench or box under the bar -- a support that's high enough so that when you stand on it your chin is over the bar. You must be able to get up this high because you will be using your legs to lift you into, and then to support you, in the contracted position. Hold yourself in the contracted position, lift your feet off of the support and then lower slowly for about 6 to 8 seconds through the negative phase of the rep. At the bottom engage the support with your legs again and push yourself up to the top, lock yourself into position, lift your legs and then lower once again.

Let's assume you're a solo trainer, that you don't have training partners, and that you have a basic gym setup with no machines other than a leg extension/leg curl bench or attachment. We need to devise a workout that gives each muscle group some type of negative overload, be it with negative-accentuated sets, one-arm or one-leg movements, or pure-negative sets. Here is an effective example routine for negative overload.

You may be thinking that one set of each exercise isn't enough. After becoming accustomed to this form of training, if you still don't feel that this is enough you can do two sets on a few of the exercises, but don't go overboard. Train harder, not longer with this method.

Some of these movements will take getting used to, but they're all effective for negative overload.

Other than complete negative-only workouts, you can try doing a negative-only set every now and then in your regular routine. Simply pick one of the exercise examples (or others you come up with) and substitute it for an exercise in your current schedule. Be prepared. You will get sore.