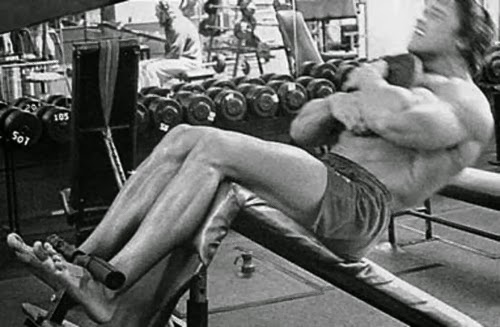 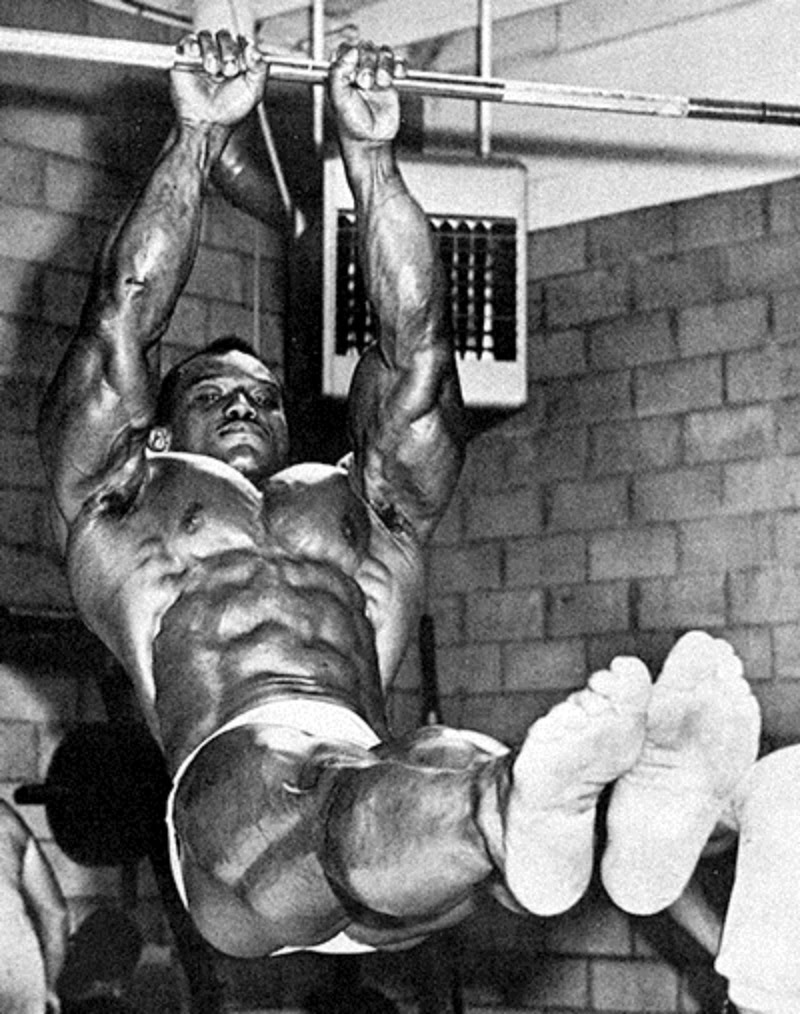 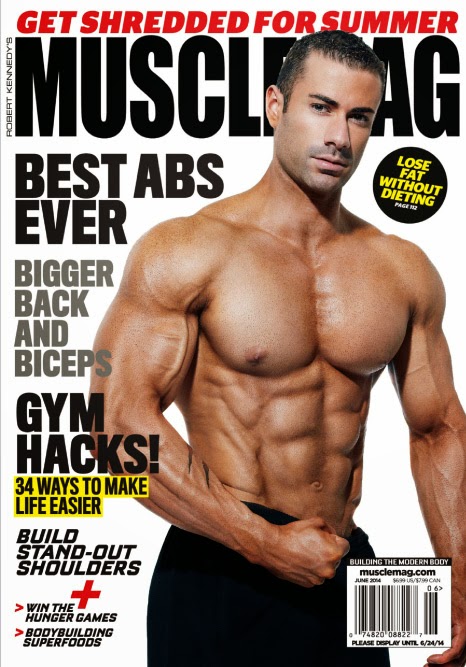 Your abdominals are just another muscle, and that's how you need to approach the way you train them. With any major muscle group, the various exercises that target those muscle fibers work best when done within certain parameters, like the number of reps you're doing with each set. Some exercises are high-rep, some are primarily low-rep, and that's just the way it is.

For example, front squats and leg extensions are two highly effective exercises for adding mass to your quads, but you don't approach these moves the same way. In other words, you could get a tremendous training effect - and growth - by using a 5x5 rep scheme with heavy front squats, but the same rep scheme done with the same percentage of your max with leg extensions would essentially be useless. In fact, if you did this over a period of months, you'd probably be setting yourself up nicely for a full knee-reconstruction surgery.

The same concept holds true for abs. You build strength and power in your abs with heavy movements done for lower reps, and you build strength-endurance and mobility by performing lighter, faster exercises for more reps. Training your abs in this fashion - keeping them guessing along the way - is an incredibly effective method of both building your six-pack and increasing your performance in the gym with your main lifts that rely so heavily on core strength and stability.

The purpose of building strength in any muscle group is simple to explain. The stronger you are, the more work and weight you can handle, and the faster you'll make gains. When your abs get stronger across  variety of planes, you'll simply be able to do more,and you'll make more progress as a result.

For example, weighted incline situps are a difficult movement you don't see too many people doing in the gym anymore - especially with barbells on their backs. If you haven't done these, they're going to be very difficult at first. Master them, however, and the strength you'll build will carry over to virtually ever other ab exercise. You'll be stronger across the board, and you'll be able to dramatically increase your workload in every other area.

Remember, however, that the exercises you'll be doing on your heavy day are designed to get you stronger, meaning you won't be working to failure. We've provided suggested rep schemes, but the idea here is to leave a few reps in the tank on each set, never approaching a point where you can't finish your last rep.

Your second ab day of the week is a circuit-style workout featuring three bodyweight moves that will test your strength-endurance and require you to move both quickly and efficiently.

Here, the idea is to start building the mind-muscle connection that'll teach you to get your body moving as one unit no matter what type of activity you're doing. these sorts of circuits are a staple in the programs of Olympic sprinters because they the body to move with the lightness and quickness necessary for explosive athleticism.

The key is to move through each rep as quickly as you can without using momentum, flinging your hands forward or bouncing off the bottom. Keep a short range of motion and let your abs do all the work.

For each day, heavy and light, we've thrown in a stability exercise. On your heavy day, you'll be doing multiple sets of planks, and on your light day, you'll be performing 45-degree crunch iso-holds. Your abs initiate movement in just about every sport and activity you do, but the flipside is that you need to train your core to remains stiff and resistant to movement as well.

You're aware by now that having a very strong core is one of the primary keys to heavy squatting, but the term 'strong core' is just a general overview of what's really going on. You need to build strength in your abs by training them to move loads from static positions, but in order to maintain your posture with a heavy barbell on your back, your nervous system also needs to learn how to hold fast and keep you upright and stable no matter what happens.

Learning how to brace yourself this way in multiple positions - along with the dedicated oblique work you'll be doing in the form of dumbbell side bends - will pay significant dividends in terms of increasing your strength in virtually every lift in the gym.

For best results, train your abs twice per week - once at the end of your main leg day (the heavy day), and once more on a scheduled off day (the light day) after warming up with at least 20 minutes of low-impact steady-state cardio. Limit your rest periods to 20 to 30 seconds between sets and 90-120 seconds between exercises.

Hanging Leg Raise:
Hang from an overhead bar with your hands in an overhand grip at roughly shoulder width. From a static position, keeping your legs straight, raise your feet as high as you can without swinging. Hold at the top for a second, then return to the starting position. Don't swing. The best-case scenario would have you doing these on an overhead bar that allows your feet to hit the floor and stop your momentum with every rep.

Weighted Incline Situp:
Sit on a dedicated decline bench with your feet under the footpads and a fixed barbell on your back. From a dead stop position at the bottom of the movement, use your abs and hip flexors to sit up until your torso is perpendicular to the floor, then slowly return to the bottom position and repeat without bouncing. This will feel more like a hip flexor exercise than an ab move, but that's fine. Your hip flexors generally don't get enough direct work, and they're a vital part of your overall abdominal and core strength.

Plank:
Assume a conventional pushup position with your weight on your forearms. Your body should be in a straight line from your heels to the top of your head. Hold the position for the prescribed amount of time by using your core to hold you in place. Increase the degree of difficulty by performing planks with your feet in the loops of suspension straps.

Straight-Leg Speed Crunch:
Lie on your back on the floor with your legs straight, your feet together and your arms extended over your chest. Crunch up so your torso is at a 45-degree angle to the floor. With a small range of motion, perform fast crunches, reaching for your toes with every rep.

45-Degree Crunch Iso-Hold:
Lie on your back on the floor with your legs straight, your feet together and your arms extended over your chest - the same position you were in for speed crunches. Again, crunch up so your torso is at a 45-degree angle to the floor, then hold this position statically for the prescribed time period.

Figure-Four Crunch:
Lie on your back on the floor with your knees bent at 90-degree angles and your feet on the floor. Cross one leg over the other so your lower leg is perpendicular to the floor. Put one hand behind your head (your 'working' hand, opposite the foot that's off the floor), and the other on your stomach or extended in line with your torso on the floor. Crunch up and touch the elbow of your working hand to your opposite knee. Hold for a second, then return to the start position.