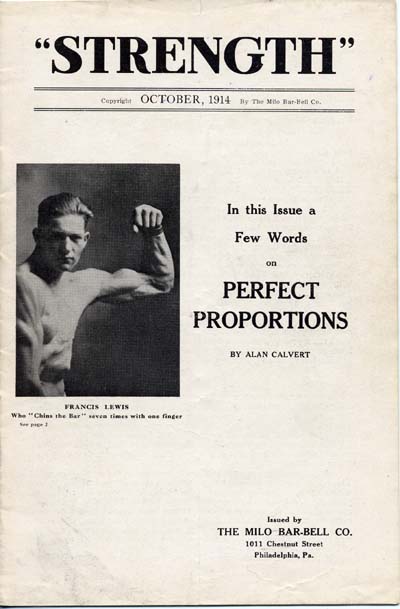 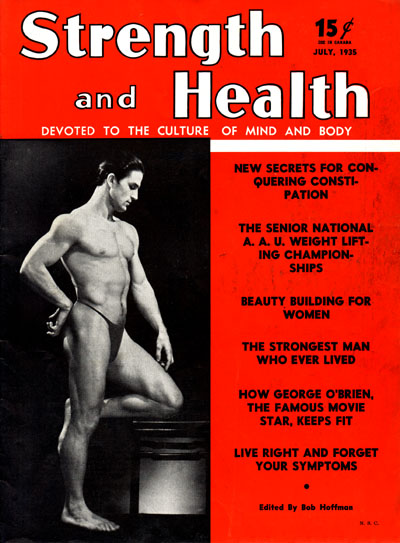 When one has known a publication as I knew "Strength" it was a decided shock to receive a letter a few days ago from Mark Berry telling me that the last issue of this fine old paper had been printed.

As publications go Strength Magazine was neither young not old. Nor was it well known beyond that relatively small but loyal group which each month awaited the new it would bring them of their beloved sport. Alas, many of these will look in vain for the familiar name on the news stands.

While at no time was I ever directly associated with "Strength," more than a few incidents endeared it to me. To begin with, the Milo Bar Bell Company was started in the same month and year I was born...April, 1902. It was out of this manufacturing enterprise that Alan Calvert developed a publication devoted to the interests of the users of bar bells...at first a pocket size book of few pages: ultimately a standard size magazine filled from cover to cover with news of interest to the followers of weight lifting and strength in general.

The first issue of "Strength" appeared in 1914 and was devoted principally to describing Alan Calvert's methods. It included pictures of well built athletes who had used bar bells to attain their physique. "Strength," as a regular magazine appeared somewhat later, but it was on this modest foundation that its future was built, a future that was to bring to attention many men of strength who would otherwise never been heard of.

I say this despite the fact that the old "Police Gazette" was then in its heyday...and "Physical Culture" was at the peak of popularity, for neither of these papers specialized in the weight sports as Alan Calvert felt they should and as he proceeded to do in his own publication.

Although Alan Calvert recognized the desirability of using pictures of well built athletes as inspiration for his readers, he never had his own picture taken, much less published. This led to the erroneous idea in several quarters that there was no such person.

I first met Calvert in 1923, although he had featured me in his magazine as early as 1919. Many a time we have sat together talking of the strong men of the past as well as those of our own times. He told me how the articles by Professor Attila in the old "Police Gazette" had fascinated him; of how he always saw Sandow when that great athlete appeared in Philadelphia. Sandow, in fact, became Calvert's ideal for masculine shape and development. He sensed that there must be thousands of young men all over the country who would like to know how to train to develop a similar physique. But except in a few cities there were no bar bells available, nor anyone to teach the proper methods of training. It was to fill this need that Alan Calvert founded the Milo Bar Bell Company.

As I write this I have before me some of the early issues of "Strength" and a booklet..."The Truth About Weight Lifting" written by Mr. Calvert in 1911. How I read and reread these at the time they were published! And the men who were featured in these early numbers...Sandow heads "The One Arm Press...Who Holds the Records;" Martysek is pictured trying to break John Y. Smith's record; Bob Snyder with a huge exhibition bell; Charles McMahon is shown bent pressing; the January 1916 issue features John [Henry?] Sincosky on the cover and the leading article is "Development First...an Argument for All-'Round Body Building" written by Alan Calvert. And so the roster goes...Tony Massimo, Melvin Tampke, the Nordquest brothers, Charles Durner, Arnold Shiemann, Fred Rhode, Archie Gillespie, Albert Tauscher, Harry Paschall, Edwin Goodman, Robert Dallas...inspirations, each and every one, and all because Alan Calvert had the foresight to bring them to the men who wanted to know the how and the why of strength.

Calvert was a great leader, and as such he had a very loyal following. Though Mr. Calvert has not been identified with the Milo Bar Bell Company or with "Strength" for some years, I am sure he must feel even worse than any of us to know that the two enterprises which he brought to such a peak of popularity have now ceased to exist.

Calvert was smart...when he started to promote the weight sports he adopted the system of Theodore Siebert, the great German physique culture and weight lifting teacher, who had helped train such athletes as Hackenschmidt and Lurich. Then, too, he recognized the value of good publicity. One of the best things he wrote was "Super Strength," one of the best books every written on the subject either in Europe or America. Calvert had a style all his own, and when he finally gave up active writing his articles served as the pattern for many another writer, yet for years he was urged to resume writing as no one else seemed to satisfy the thousands who had come to depend on Alan Calvert's words as their guide and inspiration.

The magic of his writing is best illustrated by an incident in my own career...although I did not beet Alan Calvert until 1923 it was an article by him about myself entitled, "KLEIN, the Latest Addition to the Perfect Men" that was the actual turning point of my life, for then and there I decided that I would devote my future to teaching bar bell training.

When Alan Calvert severed his connection with the Milo Bar Bell Company and "Strength" in 1924 George F. Jowett became the head of the two enterprises. It seemed a logical time to expand the usefulness of the publication and a larger size was adopted in order to attract news- stand sale. A wider appeal was attempted in the editorial content which seemed a sounds idea since Physical Culture magazine was itself drifting somewhat away from that writing which had been its entree into the homes of those who wanted a magazine which would show them how to acquire strength, health, and physical perfection. To assure the proper editorial pattern Carl Easton Williams, a former editor of "Physical Culture," was made editor of the newly enlarged "Strength." The reasons for Mr. Williams' departure after a brief sojourn are of little moment now.

In 1926 Mark Berry succeeded George Jowett and he has loyally stuck by the paper ever since.
I feel confident that Bob Hoffman will do everything in his power to have "Strength and Health" fulfill the talk which has been left to his publication. 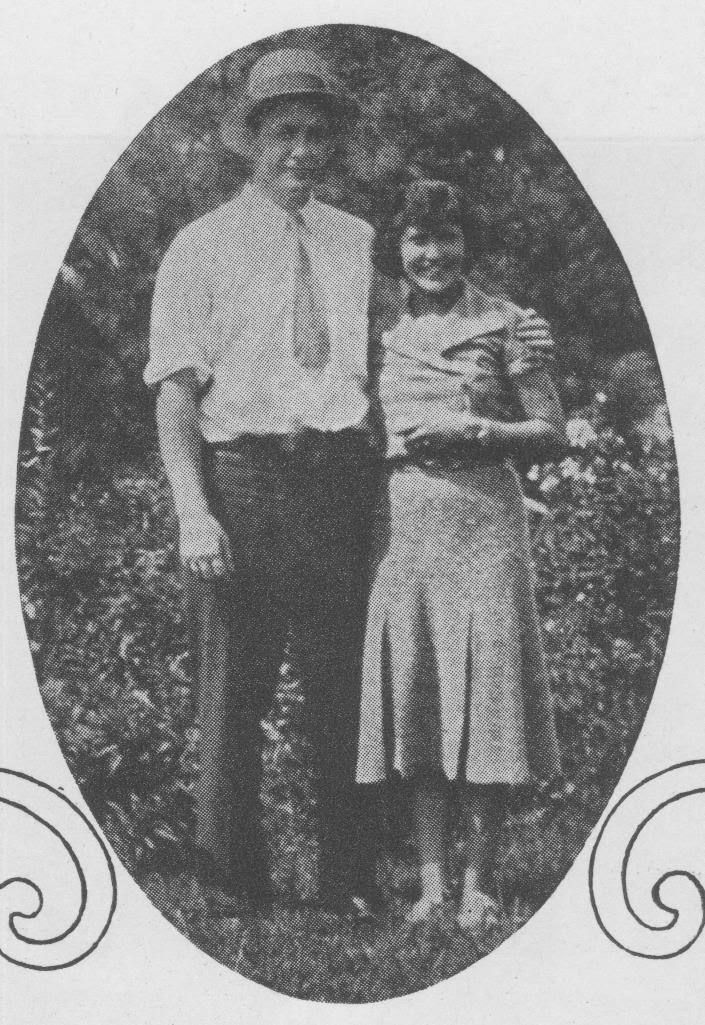 And he, too . . . though he was in direct competition with both the manufacturing and the publishing branches of the Milo organization . . . must regret the passing of "Strength" for it was from that publication that he received the inspiration which starred him in "the iron game."

For my own part I feel a deep personal loss in the demise of "Strength" for had it not been for Alan Calvert's early issues I doubt that I would today be doing what I feel I would rather be doing than any other thing in the world -- teaching bar bell training in my own gym.