The Planning of Training - Arkady Vorobiev (1968)

- Each chapter completely updated
- New illustrations and graphics
- Better explanations of the proven programs that have been helping hundreds of thousands of lifters
- Expanded Novice chapter with the details of 3 different approaches to the problem of getting stuck
- Special approaches for the underweight and overweight trainee
- Expanded Intermediate chapter with 18 separate programs and 11 detailed examples
- Expanded Advanced chapter with detailed examples of 9 different programs
- Expanded “Special Populations” chapter with example programs for women and masters lifters
training through their 50s, 60s, 70s, and 80s
- Day-to-day, workout-to-workout, week-by-week detailed programs for every level of training advancement
- The most comprehensive book on the theory and practice of programming for strength training in print
- Printed in a new larger format for better display of the programs 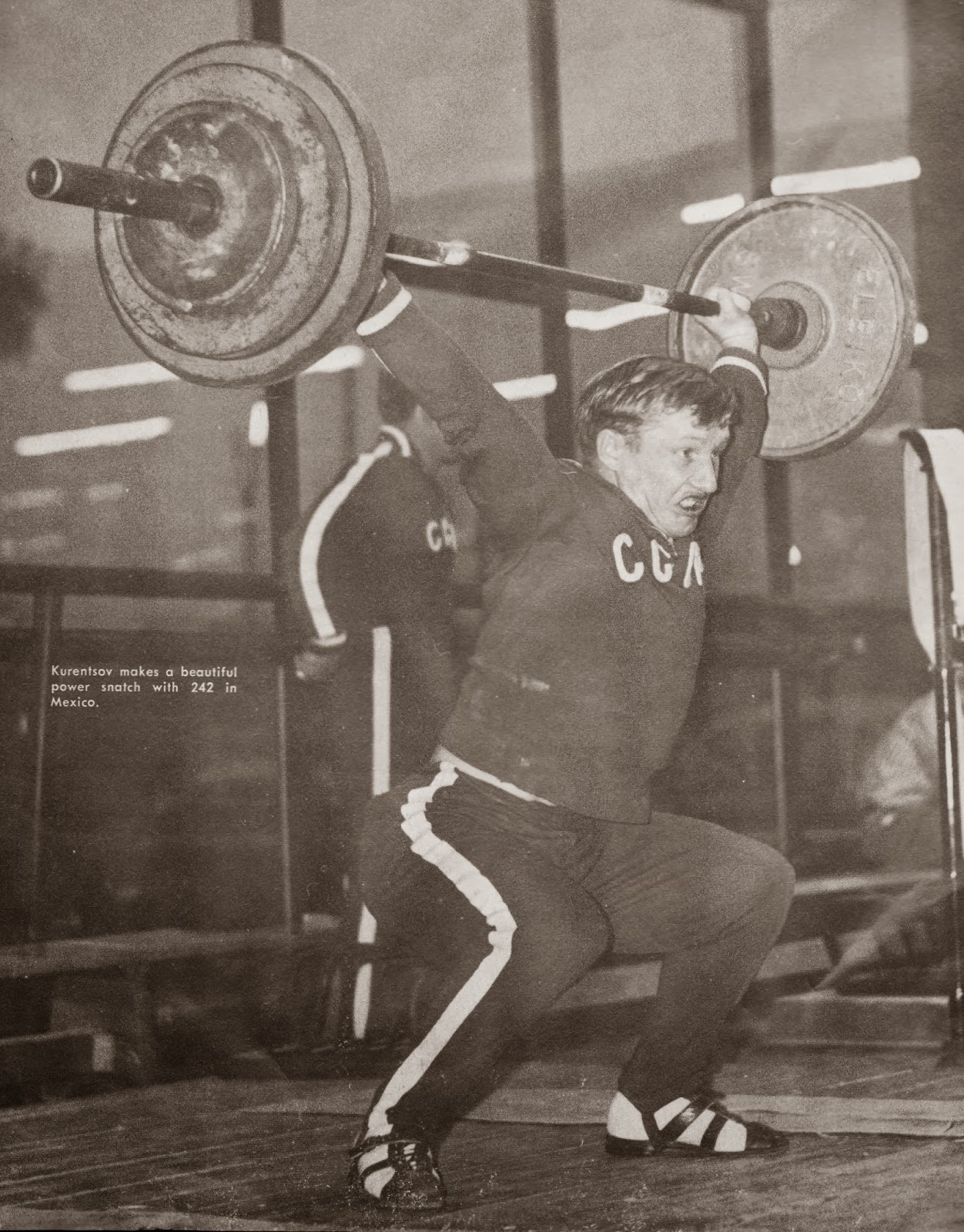 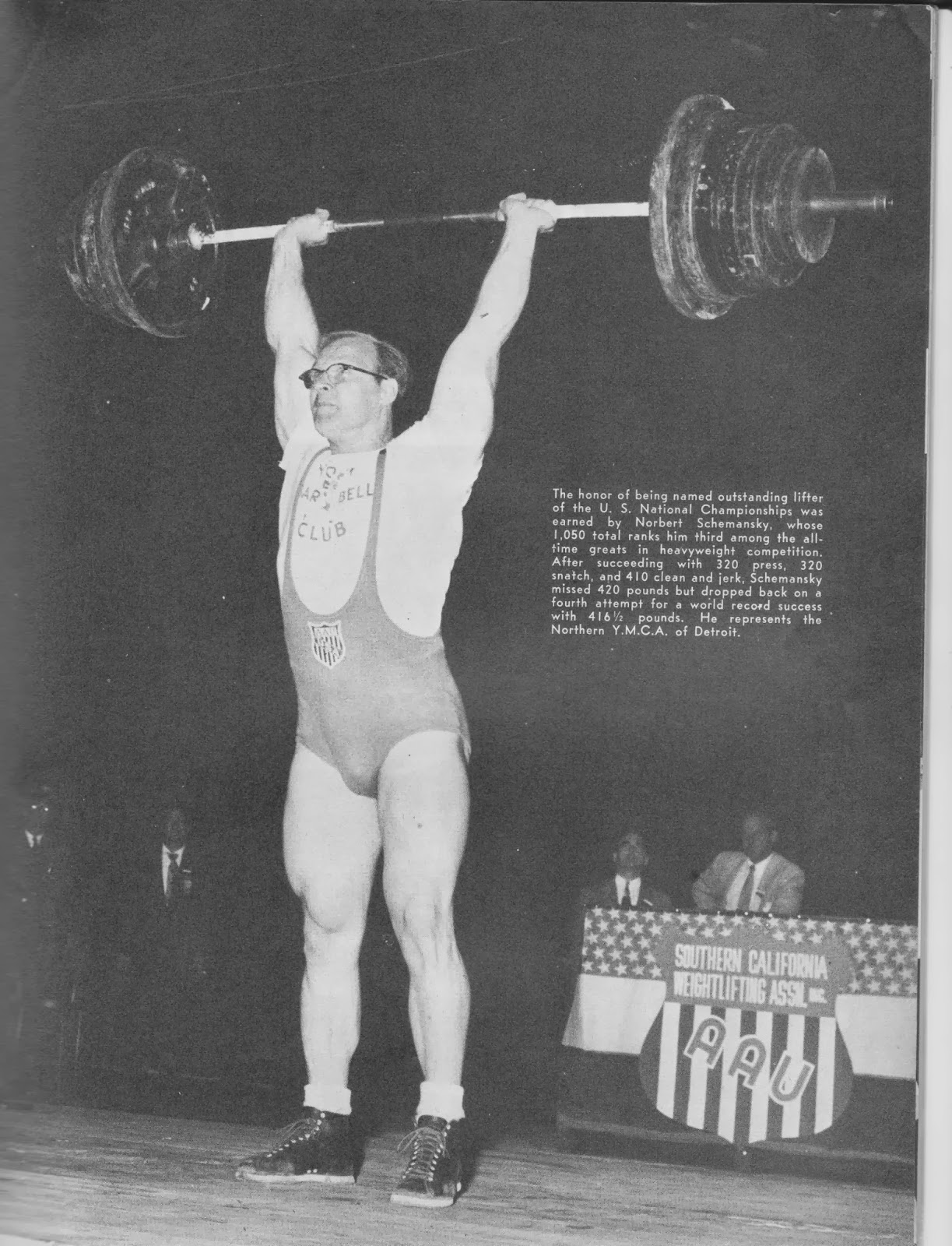 It is generally useful to divide the training year up into three periods:

This is especially valuable for sports which are season oriented - skiing, skating and the like.

In sports branches which are dependent on the change of season, and in particular weightlifting, the entire year should be a single training period, which is dependent on the major championship meet. The training plan is constructed taking into consideration among other things the contests, their number and type. There should be training periods consisting of intensive work, and there should be granted time for the possibility of providing a rest period for the nervous system after an important contest. Periods with reduced training loads should be provided for.

The Central Scientific Research Institute for Sports Questions recommends to work out long range plans which cover a four year period of time. During this period of time one is able to change a Second-Class lifter into a Master of Sports. This process can also be achieved quicker, namely in two to three years.

In a long range plan one sets up or establishes firmly the results which should be reached during the various training stages, and simultaneously one specifies in which manner one is able to realize these results. The attempt to plan or project the training load in kilograms for a lengthy period in the future is useless if one does not also have exact knowledge about the work rate, conditions and circumstances of the lifter, the character of his rest, his sleeping and eating habits, his health, and his well being. It is impossible to anticipate all of this for an extended period of time.

In the plan the calculated results of the lifter are given for each year in the Olympic lifts and in the most important supplementary movements - pressing on an incline bench, pulls for snatching (high and low), and cleaning, knee bends, etc. The planned training in these principle features is carefully plotted.

As an example we will give in the following paragraphs a four year plan for lifters in the middle heavyweight 198.25 lb class of the 2nd qualification class.

1) The lifter learns a rational lifting technique. For this, the first six months are employed.

2) The body is gradually prepared in order to endure heavy training loads.

4) The flexibility and agility in the limbs, especially in he elbows is improved. Besides one works on improving the speed and flexibility of the lifter.

4) The training load should at the end of this year, on average, have risen to at least 6 to 7 tons each training day. The weekly load should total 25 to 28 tons. The middle or average value of the training weights (middle intensity) should go up to 263.5 lbs.

5) Periodically one takes time out in order to improve his speed, flexibility, and condition. In the summer one does this on an athletic field, int the winter in the gymnasium and outdoors on skis and skates. Moreover the lifter should work during each training day on one or more of these qualities.

2) The lifting technique has improved.

1) The further development of strength. The training load totals on the average, 7 to 9 tons on each training day and the weekly load 32 to 34 tons. The middle intensity is increased by 264 lbs.

2) Secondly, one sharpens up his technique.

3) The lifter improves his speed, flexibility and condtion.


The Yearly Plan for Qualified Lifters

The training plan for qualified lifters is established for one year, whereby one bases everything on the long range plan and takes into consideration the contest calendar. One selects 2 to 3 of the more important contests in which the lifter should seriously participate. The training load is planned by taking into consideration these major contests. Participation in the remaining "second class contests" should in no manner influence the training in any degree. For these contests the lifter does not make any special or particular preparations, he does not dimi8nish or lessen his training load before these contests. In this way the yearly plan is able to be divided into three to four shorter stages, which are determined by the important contests. For each major contest, a certain or definite result is aimed for.

We will now give below an example of the preparations of a qualified lightweight lifter for a contest. The technique of the lifter is good in the Olympic lifts. His best results are 350 kg total (770). Pressing 105 (231); Snatching 105 (231); and Clean and Jerking 140 (308). He calculates so that his results increase as follows: in the Press up to 242, in the Snatch to 236.5-242); in the Clean and Jerk to 313.5-319. The training weights should be increased. In the pulls it increases from 253-264 up to 264-275. In the Jerk up to 341-352. In the Squat he increases 11-22 lbs. His goal is 407-418 for 2-3 repetitions with the bar behind his neck. In Pressing on the incline bench set at a 45 degree angle it is increased 11 lbs from 220-about 130).
For this he has two months at his disposal. The first month is employed chiefly for strength training with Assistance Movements. Now and then he also works on his technique. At the end of the month he increases the training load on the average by 7 tons (the training previously was 6-6.5 tons). With this the lifter calculates his training load for some of his training days to be 9-10 tons, for the remaining days 4-5 tons.
Two to three weeks after the beginning of training the lifter wants to reach 264-275 lbs in the pulls (2 repetitions); 341-352 in Jerking; 396 in Squats and 220 in Pressing on the incline bench. After a month he starts with these weights in training. For as you know it is easier to increase in weight in these lifts or movements than in the  three contest lifts. During this period his program looks like this: The lifter trains four times per week, Monday/Tuesday/Thursday/Friday. The remaining days are rest days.